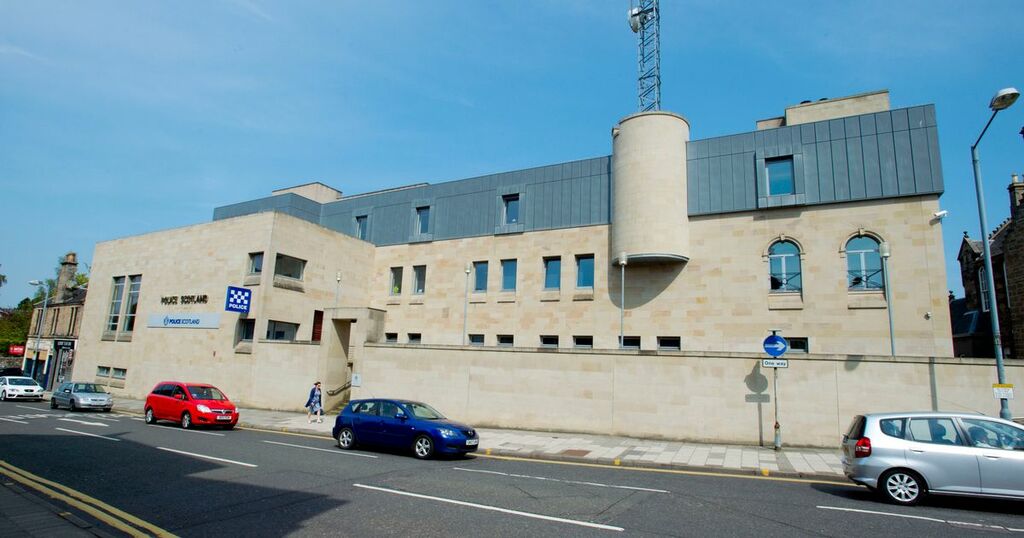 A drunk who smeared his own blood over a police van and raged for four hours in a hospital casualty department with children present has been jailed.

Stephen Bell had been taken to A&E at the Forth Valley Royal Hospital, Stirlingshire, after hitting himself in the head with his own handcuffs.

The cuffs had been applied after he was arrested for vandalism and assaulting a hairdresser.

On the way to A&E he smeared the inside of the police van cage with blood and saliva before terrifying children in A&E by screaming and swearing.

A sheriff told the 28-year-old father-of-five that his behaviour, while the country was in the grip of a pandemic, was "totally unacceptable".

Falkirk Sheriff Court heard that Bell had tried to barge into a hair studio, in Sauchie, Clackmannanshire, around 4.20 pm, while in possession of a shopping bag, a dining chair, and a sack barrow.

Staff at the hairdressers told him they were closed.

Prosecutor Alistair McDermid said: "They could see he was under the influence of something and didn't want him in the shop."

Bell became aggressive and tried to get in, pushing and swinging punches at worker Arkadiusz Osdrowski as he told him to leave.

Mr Osdrowski managed to get Bell out of the shop and closed the metal shutters.

Minutes later a member of the public called police to report that Bell was in possession of a metal pole.

Three NHS workers leaving a nearby health centre saw Bell with the pole, which he then threw over a fence, striking and smashing the window of a local authority housing office.

He then ran onto Main Street, Sauchie, where he was arrested.

Mr McDermid said: "He was handcuffed, and began aggressively spitting on the ground.

"While being taken to Falkirk Police Station in the cell area of the van, he managed to slip one of his hands out of the handcuffs and then hit himself in the head with the handcuff."

Police stopped the van to re-apply the cuff, and while doing so Bell's head struck the ground, injuring his forehead and necessitating the visit to A&E.

Mr McDermid said: "On the way to hospital he continually shouted at both officers, including shouting, 'You're a wee f****** rat, I'm going to kick your c*** in'.

"He was repeatedly told to stop. He did not.

"He went on to smear his blood and saliva over the inside of the cell in the van."

Arriving at the hospital about 7pm, he continued to shout and swear, repeatedly trying to escape.

He pushed one cop out of a waiting room door, and repeatedly had to be restrained.

Mr McDermid said: "He continually threatened police officers and civilians, shouting 'I'm going to come at you with a knife'.

"He was at the hospital for around four hours.

"During this time he continually screamed, swore and shouted, causing alarm to people, including small children, who were waiting for treatment at A&E."

Police reinforcements arrived at the hospital and one of the fresh cops was told by Bell that he would kill him, and his family.

He was eventually subdued with straps.

Bell, a slabber and tarrer, of Sauchie, who appeared by video link from Low Moss Prison, pleaded guilty to assault, vandalism, threatening and abusive behaviour, and police assault.

The incidents occurred on April 20.

Defence solicitor Kelly Howe said: "He was heavily intoxicated and has little or no memory of the events."

Jailing Bell for 16 months, Sheriff Valerie Johnston said his conduct over "a lengthy period of time" meant a prison sentence was unavoidable.

She said: "Officers, staff and members of the public were put at risk, let alone the disruption it caused.

"The spitting and smearing of blood at a time when the country is still in the grip of a pandemic is totally unacceptable."