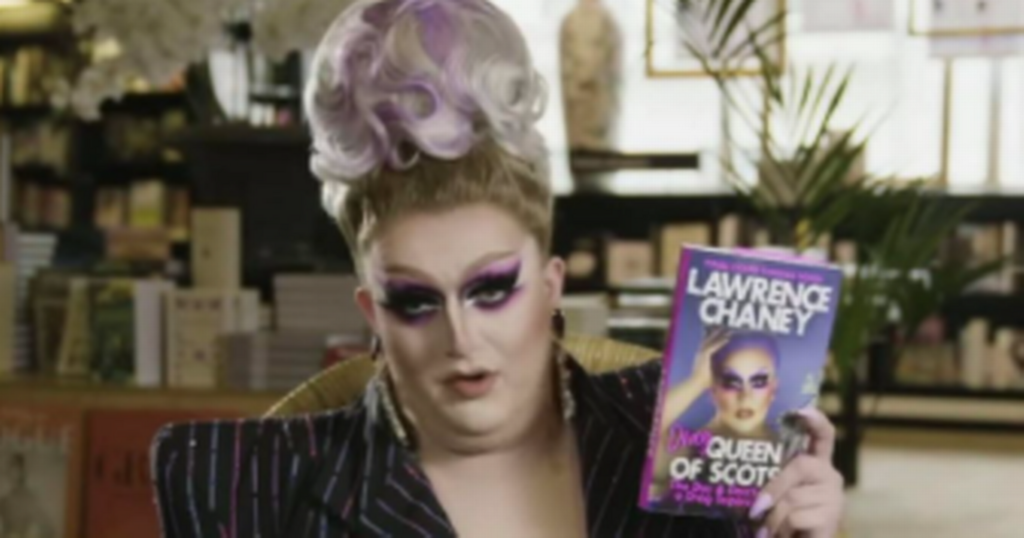 Drag Race UK winner Lawrence Chaney will be in Glasgow this weekend signing copies of her new book 'Drag Queen of Scots '.

Back in March, Lawrence became the first Scottish Queen to scoop the crown on the show and now the popular queen has penned her own book.

Fans can catch a glimpse of Lawrence in all her glory at the Waterstones, Sauchiehall Street, on Saturday September 18 at 1pm.

Tickets cost £17 and include a copy of the book.

Due to restricted time there will be no opportunity to sign merchandise, and due to health and safety, posed photos/selfies will not be permitted at this event.

Drag Queen of Scots celebrates little Lawrence learning to sew at age seven and takes you on his journey to taking the UK by storm - from growing up as the gay class clown and being bullied to finding an outlet in performance and drag, celebrating both his outer curves and inner beauty.

The book will also showcase valuable life lessons and tricks of the trade, all told in Chaney's trademark charming style, and will resonate with anyone who holds dreams and aspirations that are bigger than the town they grew up in.

In the video advert for the book, Lawrence can be seen sitting in Waterstones when she is passed a book 'All The Sonnets of Shakespeare' and Lawrence tuts: "No."

She's then shown 'The Hobbit' which she also disregards as well as 'A Brief Story of Time.'

Lawrence says: "What is going on guys? I thought I asked for something gorgeous and glamorous and purple!"

And then in the shot, a book is shown featuring Lawrence on the front and titled: "Drag Queen of Scots - The Dos and Don’ts of a Drag Superstar."