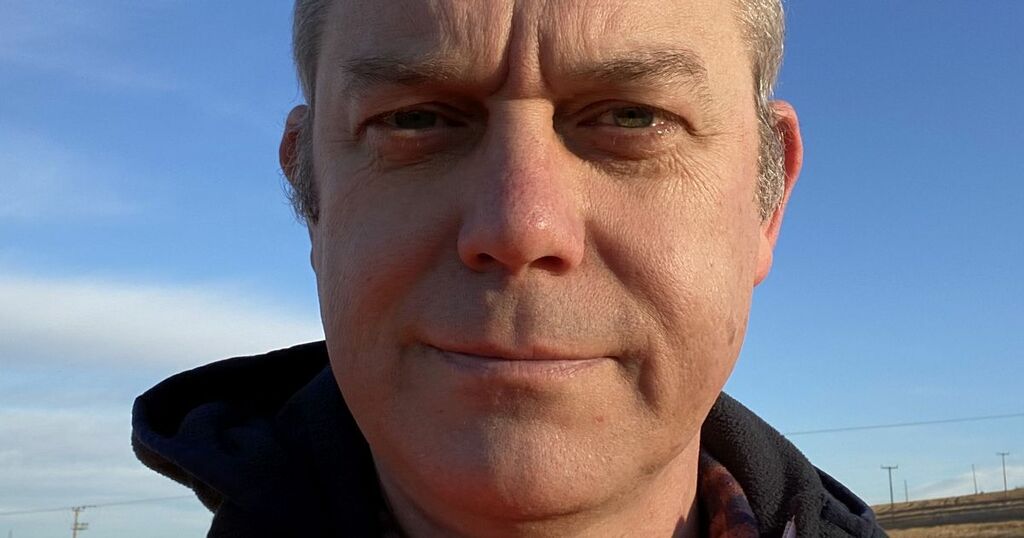 A Scots dad was stunned when what he thought was a 'rugby injury' turned into breast cancer more than 30 years later - leaving his shocked mates asking 'but you're a bloke?'.

Angus McKay said he first noticed a lump on his left chest during his late teens but as a keen rugby player and black belt karate enthusiast, just thought he'd torn a muscle playing his contact sports.

But when the 50-year-old was working offshore in Norway last year he began waking up in the middle of the night with a 'burning and itching' sensation on his chest and noticed the lump had got bigger.

The dad-of-two credits wife Helen McKay with 'saving his life' as she urged him to get it checked out and he was eventually diagnosed with breast cancer in March this year and had a full left mastectomy.

After having their lives 'turned upside down', Angus is keen to raise awareness that breast cancer can happen to men too and urges those with any suspicious 'lumps and bumps' to get them looked at.

Angus, of Fyvie, Aberdeenshire, Scotland, said: "I've had a little lump on my left side as far back as I can remember and never really thought anything of it and it never really caused any problems.

"I've always been fit and a very active person but in the breast area always had a bit more fat than normal. I grew up sailing, did eight years of karate and got to black belt and then played rugby at university for four years.

"I just thought it was something I had and that I'd torn a muscle slightly and it healed with a little scar lump sort of thing.

"I thought the lump could have perhaps come from playing rugby. I used to play outside centre or wing so I used to get thrown the ball and told to run and then you get piled on, so you usually end up at the bottom of a ruck or something.

"I guess it must have been lying dormant. That's the only thing I can think of to be honest."

The offshore drilling supervisor said that he first noticed the lump when he was aged between 16-18 and it was around half the size that it ended up being when it was removed.

Angus said: "But then at the end of last year when I was working offshore in Norway I was lying on my left side and waking up in the night with a burning, itching sensation and noticed the lump had got a little bit bigger and elongated.

"I noticed discomfort on the trip before and didn't really think about it and I was like 'what's going on here?'. It was more an annoyance than anything else.

"I mentioned it to my wife because her mum had gone through two rounds of breast cancer and she said 'well, let's get it checked'.

"I absolutely credit her for saving my life. I was in two minds whether or not to say anything at all to her and just leave it.

"And in Helen's words, 'if I'd have left it another three or four months, then it could have been an entirely different outcome'.

Angus went to see his GP last November, had a mammogram just before Christmas and then headed back to Norway to quarantine before going offshore for work again.

He received a phone call from the doctor while he was away telling him to come in and he did after he returned to Scotland in February.

Angus said: "I went in and they had a look at it and took three biopsies at the beginning of March. A week later they phoned and said 'yes, it's estrogen-sensitive cancer and we need to operate'.

"It was all a bit of a whirlwind from there because from that diagnosis to the operation was just about three weeks.

"It was a shock but I guess with the way they'd been treating me with a biopsy and discussions that were had, I was partly prepared for it to be the case.

"It was a bit of a dream world, saying is this really happening to me? It's turned our world upside down to be honest."

Angus received the life-changing diagnosis shortly before his 50th birthday and had a full left mastectomy to remove the 24mm long lump.

He said no traces of cancer were found elsewhere so he didn't need to have radiotherapy or chemotherapy.

The dad-of-two will have annual follow-up mammograms and is also taking tamoxifen for a minimum of five years, which he described as '100 times worse' than the surgery given its 'horrendous' side effects.

Angus said: "I was vaguely aware men could get breast cancer but just thought it was so rare that it was unlikely to really be me.

"When I told a few of my friends they were like 'but you're a bloke?'

"It is something that men can get and do get, as I've found out, so don't ignore these lumps and bumps because it could save your life by getting it checked out.

Don't miss the latest news from around Scotland and beyond. Sign up to our daily newsletter here