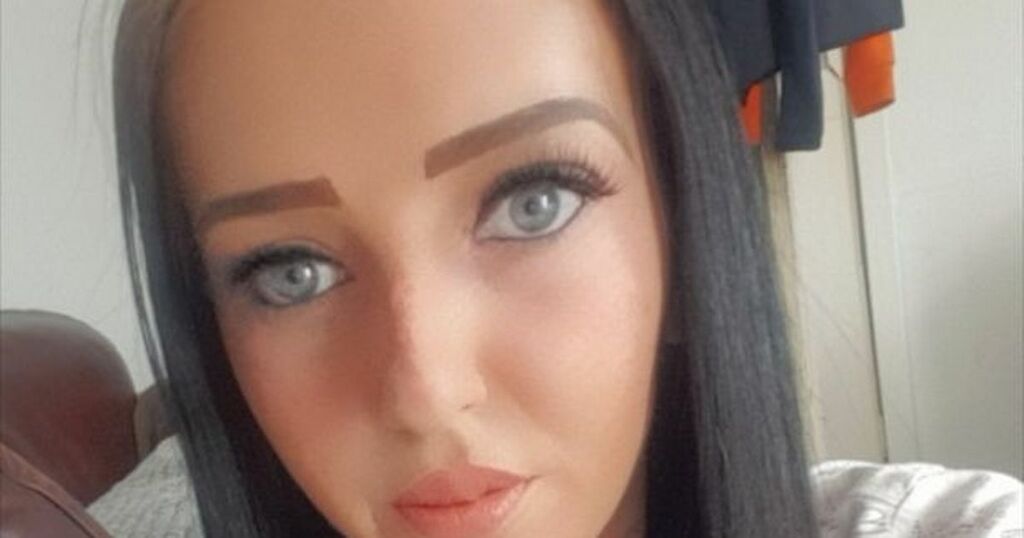 A Scots bar worker has appealed for help in identifying a giant spider which invaded her house amid fears its bite may have given her a badly infected arm.

Gemma Thomson spotted the arachnid walking along the floor of her home in Glasgow as she watched TV with her partner.

The pair managed to capture the creepy-crawly and took close-up photographs in a bid to find out what kind it is.

The 28-year-old suffered a mystery insect bite three months ago and thinks she may have caught the culprit.

But Gemma is scared more could be at large in her home in the city’s Mosspark area and wants reassurance some exotic breed isn’t on the loose.

Gemma and partner Anthony Kelly, 50, were left shocked by their encounter. She said: “We were watching TV in the living room on Thursday night.

"It was dark but I spotted it walking across the rug by the light of the telly.

“I jumped up onto the couch. I can’t deal with spiders anyway. I’m absolutely terrified of them.

“My partner ran and got a glass and put it over it. We both went through to the kitchen. When we came back the spider had gotten one of its legs out from under the glass. It was trying to escape.

“It’s body was about two inches when the legs were folded up. It was probably three inches or more with its legs stretched. It had really long legs but it was the fangs that got me.

She said: “I’m hoping someone can tell me what kind of spider it is.

“About three months ago I was bitten in the arm by something and it became infected. I was at the doctor three or four times about it and was put on antibiotics. It’s still sore and gets inflamed sometimes to this day.

“The doctor said it was definitely an insect bite but wasn’t sure what kind. She’d never seen a normal bite get infected like that.

“I wondered whether it might have been this spider which bit me.

“My neighbours were shocked when I showed them the picture. We don’t get spiders like that round here.

Dr Geoff Oxford of the British Arachnological Society told the Record that he believes the spider could be a large house spider.

He also said that often spiders are blamed for bites which are actually caused by something else.

Dr Oxford said: "It could be a large house spider Eratigena species.

"Spiders are generally not aggressive and the majority of cases of alleged spider bites are cause by something totally different."