ScotRail 'travel safe' staffer in hospital after being attacked on train

A ScotRail staff member has been hospitalised after a team formed to deter anti-social behaviour was attacked on a train.

Three members of the "travel safe team", which was established in October, were attacked on the service between Paisley Gilmour Street and Hillington East, on April 15.

It comes after a ticket examiner was left traumatised trying to eject brawling teenagers from another ScotRail service last week.

A BTP spokesperson said: “Officers received a report of a rail staff assault on board a train between Paisley Gilmour Street and Hillington East stations just after 10pm on April 15.

“Three members of rail staff and a man suffered minor injuries as a result of the assault.

“No arrests have been made at this time and enquiries are ongoing.

“We have increased our high visibility patrols in Scotland following anti-social behaviour on trains.”

Unions have demanded more police on trains and said staff would boycott routes plagued by anti-social behaviour unless more action is taken.

"They are not the answer. We welcome more jobs, but travel teams are not there to deal with anti-social behaviour.

"We need more BTP visual at stations and on trains.

“It will no longer be tolerated staff being assaulted.”

Assaults on rail staff in Scotland increased by 11% to 72 between April and December last year, compared to 65 in the same period in 2019, BTP figures showed.

Transport minister Jenny Gilruth told MSPs in February members of the travel safe team "bring with them a wealth of experience working from frontline customer-facing roles".

She said: “This is the sort of public-facing initiative that we should be encouraging because we know that when staff are deployed in teams, even just a presence can act as a deterrent, helping keep the public safe.”

ScotRail said: "The team was designed to be a reactive resource with the ability to quickly focus on emerging hot spots.

"They actively engage and educate individuals and groups on the impact of unsafe behaviours when on or around the railway environment.

"We have seen a drop in reported events during and after the anti-social behaviour exercises.”

ScotRail security and crime manager Stephen Elliot said: “The safety of our customers and employees is our number one priority.

“Anti-social behaviour, whether that’s physical violence, verbal abuse or any other form, is completely unacceptable.

“Everyone has the right to go about their day in peace, so we’ll continue to work with the authorities to ensure anyone responsible for anti-social behaviour is brought to justice.” 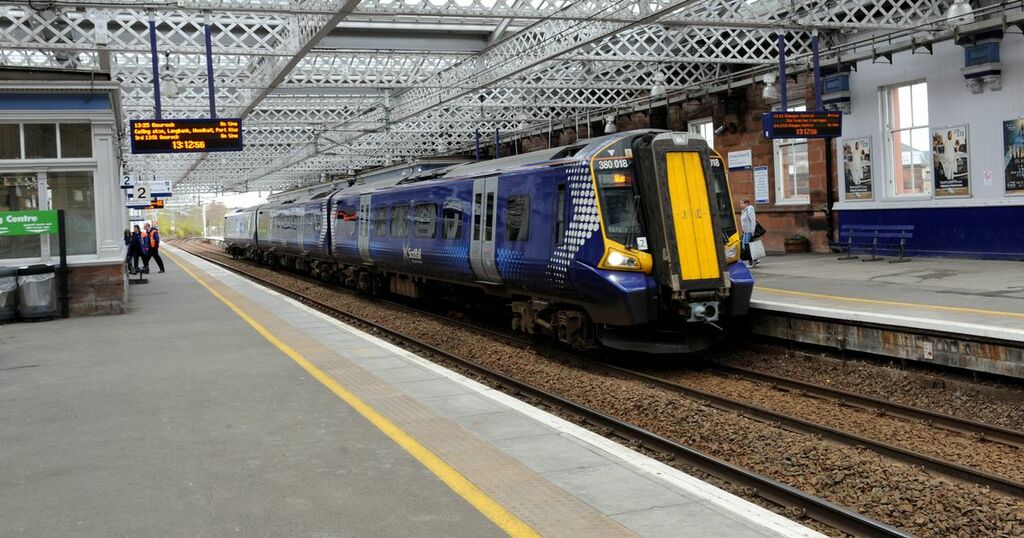