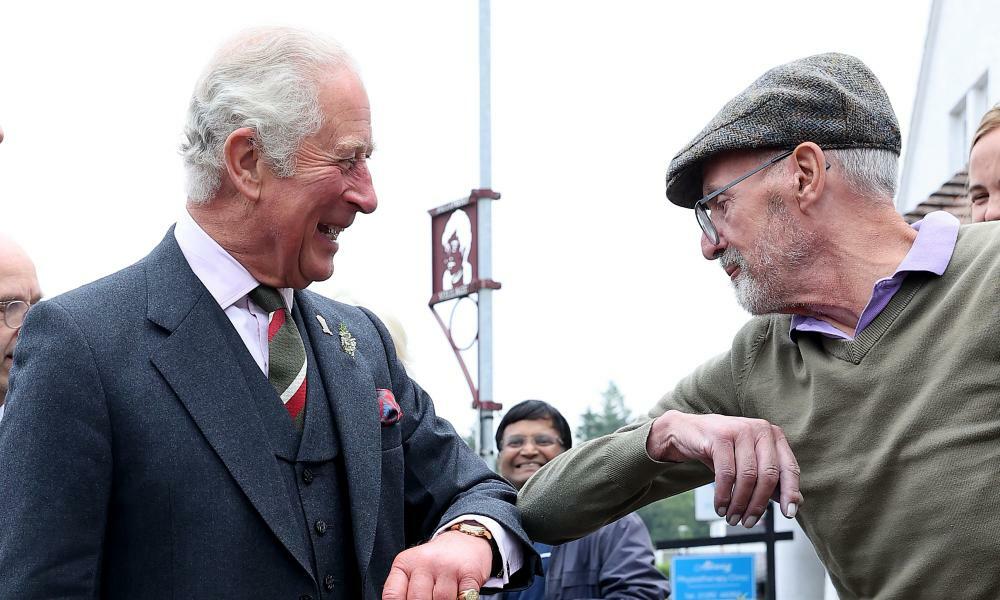 With Clarence House braced for any further accusations, and Charles said to be surprised, shocked and previously unaware of a leaked letter apparently showing Fawcett, 58, pledging to support the applications on behalf of Mahfouz Marei Mubarak bin Mahfouz, police were asked to examine claims of a possible breach of the Honours (prevention of abuses) Act 1925.

At least two complaints, by the former Liberal Democrat home office minister Norman Baker, and the campaign group Republic, were made to the Metropolitan police commissioner, Dame Cressida Dick. Baker said he had been informed by her office that the force was “assessing the information” provided.

Fawcett was sitting out the controversy at his home in Hampton, near Richmond upon Thames, having temporarily stepped down as chief executive of the Prince’s Foundation charity while an internal investigation, welcomed by Charles, is conducted.

A statement from the Prince’s Foundation said that Fawcett supports the ongoing investigation and will assist it in every way.

But the “cash-for-honours” allegations, in the Mail on Sunday and Sunday Times, have thrown an uncomfortable spotlight on the extraordinary relationship between the prince and former footman who, over 40 years, has risen inexorably to become de facto head of Charles’s charity empire.

Charles has empowered Fawcett “to outflank everyone at court”, despite the Queen disapproving of his immense influence and who “cringes whenever Fawcett’s name is mentioned”, according to Bower.

Twice Fawcett has resigned over previous controversies, yet always bounced back stronger than ever. As the organiser of the prince’s events, he is also in charge of Dumfries House, the 18th-century Palladian manor in Ayrshire “saved for the nation” by Charles, and head of The Prince’s Foundation, which is based there.

This time, however, his detractors wonder if Charles, who has famously said “I can manage without just about anyone, except for Michael”, might be persuaded such unwelcome publicity is no longer worth the trouble.

Joining Buckingham Palace as footman straight from catering college, Fawcett’s rise to personal valet, personal assistant, personal consultant and now head of the Prince’s Foundation, is remarkable, and is said to have caused jealousy and friction.

Those who have seen him at close quarters speak of a charisma and persuasive charm that flatters the philanthropic, famous and socially aspiring rich into opening their chequebooks to help fill the coffers of Charles’s myriad charitable enterprises.

He is very good at his job, they say.

However, his manner towards some on the prince’s payroll has been described as robust and overbearing. He is seen as formidable; in his physical presence – he is tall and well built – and in his ability to “get things done”, which Charles greatly appreciates, though his manner of getting things done has caused offence at times.

In 1998, he first offered to resign after complaints by three staff members who felt Fawcett threw his weight around, claims he denied. Charles was reportedly in tears.

But a week later Fawcett was back, Charles having been persuaded by Camilla to refuse his resignation. It was Fawcett that Charles dispatched to New York with Camilla for her 1999 solo “coming out” tour and introduction to the east coast elite.

The second resignation occurred in 2002, after the “cash for gifts” scandal, in which he was called “Fawcett the Fence” and accused of flogging off unwanted royal gifts and being a beneficiary of a freebie culture with servants accepting gifts from suppliers and royal warrant holders.

He was cleared of any financial impropriety by an internal inquiry, headed by Charles’s then private secretary, Sir Michael Peat, which determined Charles had authorised the resale of his gifts. Fawcett admitted to the inquiry receiving several gifts as a “mark of gratitude” for his professional services, including a Tiffany watch, Cartier alarm clock, Pasha pen and a valuable Rolex. Though in breach of palace guidelines, the rules were lax and not enforced, and he made no secret of the gifts, therefore “opprobrium cannot attach”, the inquiry concluded.

Once again, however, allegations over his behaviour featured.

“It became apparent when interviewing staff, suppliers and others that Mr Fawcett was not liked by some. His perceived position of influence combined with what many asserted to be on occasion an overly robust approach was commented on,” the inquiry noted.

It added: “His robust approach to dealing with some people combined, perhaps, with his having been promoted from a relatively junior position within the household, undoubtedly caused jealousy and friction in some quarters.”

Fawcett left to set up Premier Mode Ltd, his events company, promptly signing up Charles as its most lucrative client, and through which he organises the prince’s dinners, lunches, receptions, concerts, and parties. In 2018, Premier Mode was paid £276,000 for royal services. In addition, he earns a salary a little shy of £100,000 as chief executive of The Prince’s Foundation. He runs Premier Mode with his wife, Debbie, a former palace housemaid who later worked for Prince Philip. The couple’s two children are directors.

Perception is everything with all things royal, and Charles must be more careful than anyone over how his charities raise money, believes Baker, arch-critic and author of And What Do You Do?.

In 2003, it emerged the wife of the Turkish billionaire Cem Uzan was seated next to Charles at one of several lavish dinners the couple enjoyed as guests, having donated £400,000 to The Prince’s Foundation. Uzan, it later emerged, was under investigation for fraud-related offences in the US. It led Peat to announce a tightening up of vetting potential donors.

Visitors to Dumfries House estate cannot fail to notice the names of wealthy donors on various buildings. Mahfouz, who is not accused of any wrongdoing, has a fountain and garden named after him at Dumfries House, and a wood at Castle of Mey, the Queen Mother’s former home, another cause to which he has donated.

Fawcett, born in Orpington, Kent, the son of a company cashier and district nurse, long ago held a Saturday job at an upmarket menswear shop to supplement his meagre palace wages. Since then he has held an array of responsibilities and high-profile directorships associated with Charles.

When he first arrived at Buckingham Palace, his manner led staff to dub him “Sir Michael”. Depending on the outcome of this latest controversy, it’s a title, some have suggested, he might actually achieve on Charles becoming king.