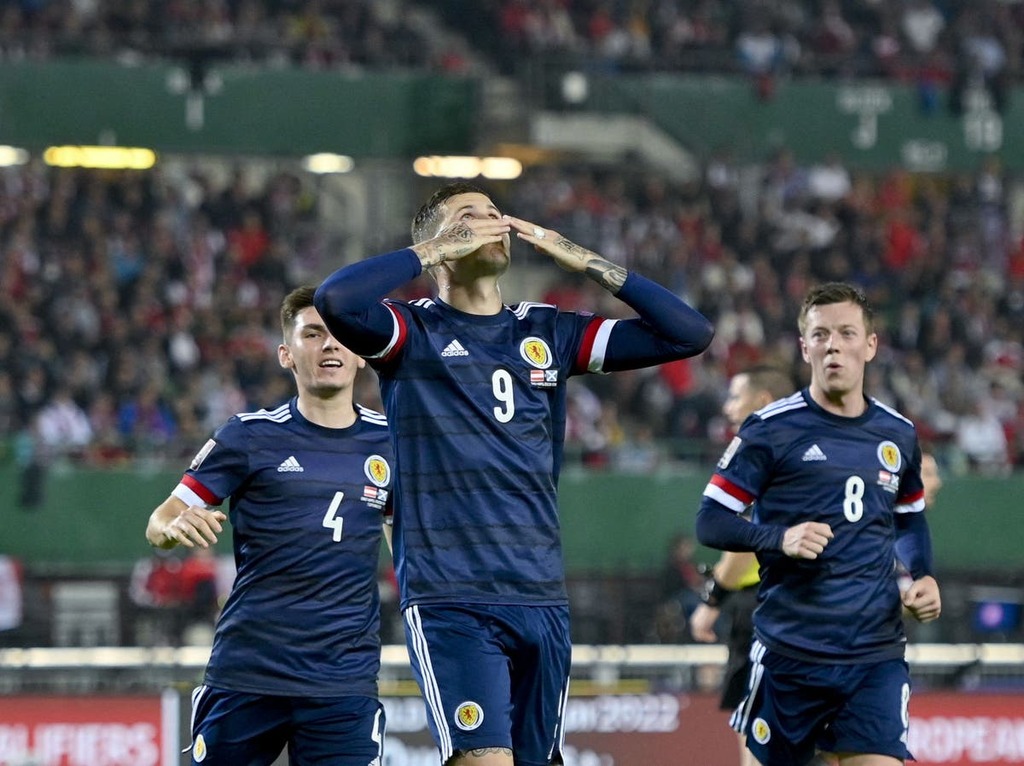 Scotland’s 2022 World Cup hopes are firmly back on track following a hard-fought 1-0 win over Austria in Vienna.

Striker Lyndon Dykes scored a VAR-awarded penalty in the 29th minute – his second goal in two games after his winner against Moldova at the weekend – and Steve Clarke’s side had to withstand a night of pressure in the qualifier to move into second spot in Group F with 11 points.

With runaway leaders Denmark on their way to automatic qualification with 18 points from 18, Scotland host Israel, one point behind them, at Hampden Park next month and a win could go a long way to clinching second spot and a play-off place.

The Scots had taken a few body shots before the game. Nathan Patterson, Kenny McLean and Ryan Fraser all withdrew from the squad after the win over Moldova and Clarke made three changes.

Austria, still reeling from a 5-2 defeat away to Israel, were straight on to the front foot asking questions of the Scotland defence.

In the sixth minute striker Marko Arnautovic came close with a shot from the edge of the box.

The Scots responded and Dykes’ close-range header from a delightful John McGinn cross was beaten away to safety by Austria goalkeeper Daniel Bachmann.

The match sped from end to end and in the 16th minute Austria’s Christoph Baumgartner made himself a yard of space at the edge of the box and curled a shot just past Craig Gordon’s left-hand post.

Referee Georgi Kabakov spoke to Dykes about a robust challenge on Bachmann but no card was produced, although Adams did get one for tangling with Florian Grillitsch.

However, when the Southampton striker was grabbed inside the box by already-booked Martin Hinteregger, referee Kabakov checked VAR and pointed to the spot.

Dykes stepped up and squeezed the penalty under the diving Bachmann and the pendulum swung towards the visitors, although they had to stand firm under pressure before the interval, breathing a sigh of relief when a shot from Konrad Laimer went just wide.

The home side continued their pressure after the break. The classy David Alaba sent in a series of crosses and passes from the left but Austria could not take advantage.

Scotland offered little threat but in the 67th minute Adams sent O’Donnell racing through on goal, though his shot under pressure from Alaba was saved by Bachmann, moments before John McGinn curled a shot over the bar.

But the Scotland defending was often desperate and in the 78th minute a brilliant Gordon save from Baumgartner following an Alaba corner kept the lead intact.

Baumgartner had the ball in the net in added time but was well offside, with Scotland holding on for a statement win and taking the quest for Qatar to Hampden.