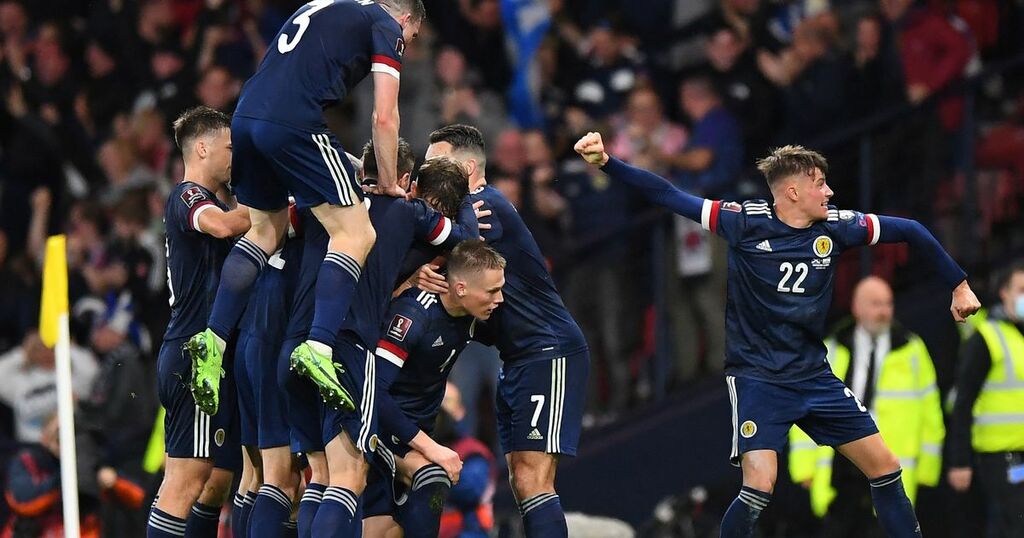 Now you've (hopefully) calmed down from events at Hampden - what does that most breathtaking of results mean for the bigger picture?

Scotland 's last-gasp win over Israel could be as important as it was dramatic after Scott McTominay won it at the death.

Denmark are the runaway leaders in Group F and it's been left to the rest to battle it our for second place amid the promise of a Qatar 2022 play-off.

Steve Clarke 's side are in pole position to claim their place with that select few following a night of incredible drama at Hampden.

Here's the national team's potential route to the World Cup mapped out.

Victory over Israel moves Scotland four points clear of both Willi Ruttensteiner's men and Austria, who defeated the Faroe Islands on Saturday night.

The Faroes away are up next for Scotland before a trip to Moldova and finally a home tie with Denmark.

Six points from those three fixtures will be enough to guarantee a play-off place, which means it can all be wrapped up before the Danes come to Glasgow, surely the ideal outcome.

Four or five points could still do it, theoretically, but let's not countenance such torture, shall we?

Should Scotland secure a play-off place, they'll find a markedly different format to the last time they were in this position when trying to reach a World Cup.

Gone are the traditional two-legged, home and away affairs.

Those have been replaced by two one-legged ties - a semi-final and a final.

12 teams will qualify for the play-offs - 10 from the qualifying groups and two from the Nations League.

The six best runners-up from the qualifying groups will be seeded, the rest unseeded.

Seeded sides will enjoy home advantage and potentially avoid some of the better sides in the draw, although that could be tempting fate.

Scotland currently have the fourth-best record with 11 points.

Points against the sixth placed team are not counted in deciding seeding status for the play-offs (some groups have only five teams competing).

Switzerland joined Scotland on 11 points by beating Northern Ireland on Saturday night but the men in dark blue remain just ahead by virtue of goals scored.

Norway will join Scotland and the Swiss on 11 points if they beat Montenegro on Monday, but need a five goal swing to move into fourth in the seeding stakes.

Much can, and likely will, change between now and when the final fixtures are played but what the above demonstrates is it's going to be VERY tight to stay in that top six.

If Scotland are to navigate their way to a play-off final, home advantage will be decided by luck of the draw.

Of course, this is all some way off at the moment and the priority will remain mopping up the required points to get to those play-offs in the first place.

But it's all getting a bit exciting again.