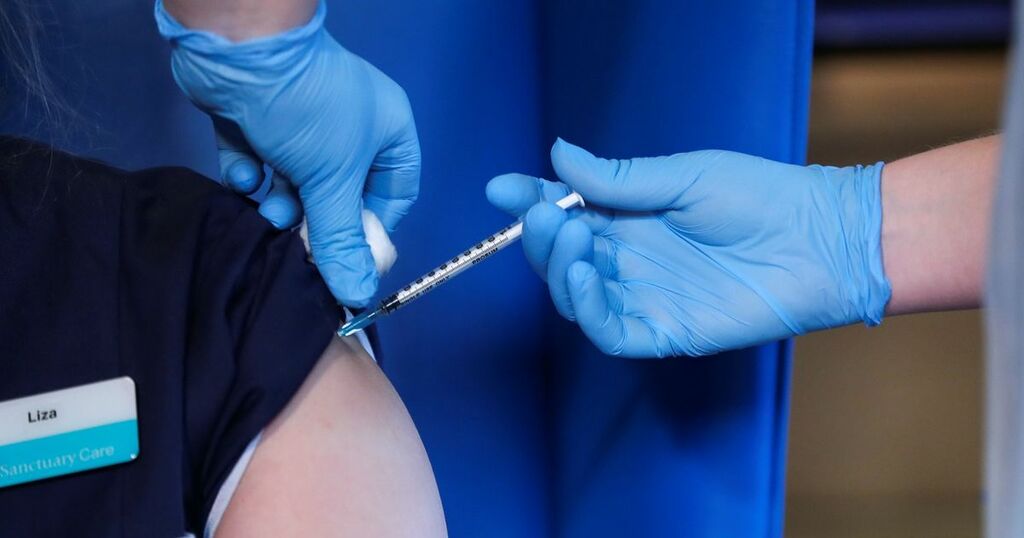 Jabs for children aged 12 to 15 will be rolled out today in Scotland as part of a bid to vaccinate younger teenagers.

Nicola Sturgeon last week gave the green light for teens in an attempt to prevent more disruption to education.

This comes after the UK's four Chief Medical Officers recommend that all children over 12 have access to the vaccine.

The First Minister said the Scottish Government "welcomes and accepts" the CMO's recommendation.

Teenagers across Scotland will be offered a single dose of the Pfizer vaccine but it will not be compulsory for schoolchildren to take the jab.

Earlier this month, the Joint Committee on Vaccination and Immunisation (JCVI) said there was not enough benefit to warrant it on health grounds alone.

The CMOs were asked to assess the benefit of vaccinating 12-to-15-year-olds, including the impact the pandemic has had on education, the scientific advisers failed to make a firm recommendation.

Here is everything we know about the vaccine:

Why did the CMO's decide this?

Just ten days ago, the JCVI concluded that the benefits of vaccinating healthy youngsters would be too small to warrant mass vaccination of 12 to 15-year-olds.

But the CMO's came to a different conclusion by looking at both benefits to health as well as the wider benefit to kid's schooling.

They said mass vaccination of young teens would "likely" reduce Covid outbreaks in schools - decreasing the risk of disruption to learning.

Scotland's health secretary, Humza Yousaf, said their conclusion was that the additional likely benefits were sufficient to justify vaccination.

It is hoped that vaccination will cut the number of outbreaks during the winter months as cases as expected to surge.

When and how will 12 to 15-year-olds receive their jab?

The First Minister announced that the Scottish Government will move to implement the advice "as soon as possible".

It is understood that Scotland's vaccine supply is sufficient to swiftly extend vaccination to over 12s.

From Monday, 20 September drop-in vaccination centres will be able to give Scots over 12 their vaccination.

Then from Monday 27 September, vaccination letters will be sent to all 12 to 15 year-olds in Scotland inviting them for their vaccine dose.

Parents or carers can accompany their children to their vaccine appointment.

Nicola Sturgeon announced that following community vaccination, a vaccine programme will be rolled out in Scotland's schools.

This will allow any 12 to 15-year-olds who did not or were not able to attend their vaccine clinic appointment to receive their jab. A date for this has not yet been confirmed.

The UK Schools Minister said that vaccinating in schools would be the “swiftest and most efficient” way of rolling out the programme for children.

Which vaccine will 12 to 15-year-olds receive?

The Pfizer coronavirus vaccine was approved for use for 12 to 15-year-olds in Scotland back in June.

Nicola Sturgeon assured there was adequate supplies of this vaccine.

Experts concluded that the vaccine is “safe and effective”, with the benefits of the jab ‘outweighing’ the risks.

Kids aged 12 to 15 would only be offered one dose of the jab for now.

The JVCI are expected to give further advice on whether they should get a second dose- but that advice isn’t expected until early next year.

Will parental consent be required?

Parents will be asked for consent for the vaccination of their children aged 12-15.

But the CMOs letter said professional medical groups should be consulted on consent issues, adding: “A child-centred approach to communication and deployment of the vaccine should be the primary objective."

The First Minister stressed the importance of informed consent, with vaccine information material - appropriate to young people and adults- being made available online by the Scottish Government later this week.

Children can overrule parents who do not want them to get the jab if they're deemed "competent" to make the decision with all the medical information.