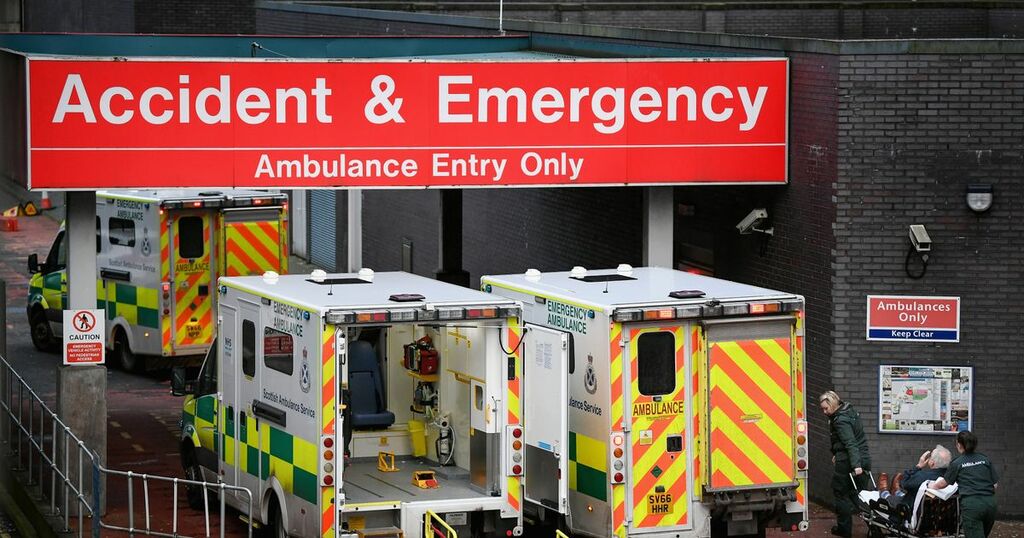 Accident and Emergency waiting times have hit their worst level on record once again, with just 71.3 per cent of patients seen within the four-hour target.

The latest weekly statistics reveal that 7,212 of the 25,123 people attending A&E departments across Scotland were not admitted, discharged or transferred four hours after arriving.

The Scottish Government ’s target is for 95 per cent of patients to be seen within the target time, but this has not been met since July 2020.

A record number of patients (591) were left waiting in A&E for more than 12 hours, according to data published by Public Health Scotland for the week ending October 3.

Scotland’s worst-performing health board once again was NHS Forth Valley, where 50.3 per cent of A&E patients were seen within the target time, followed by NHS Lanarkshire (62.9 per cent) and NHS Fife (64.8 per cent).

Only Scotland’s island health boards – NHS Western Isles, NHS Shetland and NHS Orkney – met the waiting time target, with performances of 100 per cent, 98.3 per cent and 95.9 per centrespectively.

A&E performance against the waiting time target has plummeted in recent months, with more patients waiting longer than four hours in August than ever before.

There were a total of 30,184 cases where the four-hour waiting time target was missed in August – 5,683 more than the previous month’s record high and an increase of 23.2 per cent.

But opposition parties have now accused him of “overseeing a scandalous situation” and leaving A&E departments “beyond breaking point”.

Scottish Conservative health spokesman Dr Sandesh Gulhane said: “These figures are nothing short of an unmitigated disaster for Humza Yousaf.

“He has completely failed to resource our A&E departments that are beyond breaking point.

“Humza Yousaf is overseeing a scandalous situation in our NHS. Thousands of patients are not being seen within the SNP’s own target waiting times. His inaction is putting heroic staff under immense pressure before we even hit the peak winter period.

“The support being offered by our UK armed forces is incredibly welcome, but the Health Secretary has still not outlined a plan to maximise their use.

“His winter plan, which finally arrived last week, was far too little, too late.

“Humza Yousaf must finally show some leadership and get on top of this A&E crisis, which is now completely out of control.”

“The NHS has always been a safety net for anyone who needs it but, after years of poor workforce management, that net has huge holes in it. Undoubtedly, people will be slipping through.

“The health service isn’t just struggling, it is being crippled by government mismanagement.

“There simply aren’t enough nurses available to prop hospitals up. There are thousands of vacancies, and the Health Secretary proposes recruiting just 200 from overseas.

“Those working through this are swamped, and have little reason to trust that this Government will make things better.

Scottish Labour’s health spokeswoman, Jackie Baillie, said: “It is becoming clear that we are on track for another winter catastrophe this year if we fail to act.

“The SNP need to listen to the warnings from staff on the front line and get a grip on the growing emergency in our NHS before the cold weather really bites.

“There is no time to waste when this many lives are on the line.”

A Scottish Government spokeswoman said the coronavirus pandemic “has inevitably affected A&E attendance” and stressed that an additional £27 million had been allocated to redesign urgent care in the health service.

“Our NHS staff have faced unprecedented pressures over recent weeks as they work tirelessly and consistently to respond to the pandemic whilst continuing to provide vital treatment and optimal patient care,” she said.

“To minimise pressures as much as possible this winter, we’ve recently announced £300 million of measures to help increase NHS and social care capacity in our hospitals and reduce delayed discharges.

“In the meantime, we will continue to work closely with those sites facing the greatest challenges to ensure rapid recovery plans are in place and are in contact daily.”