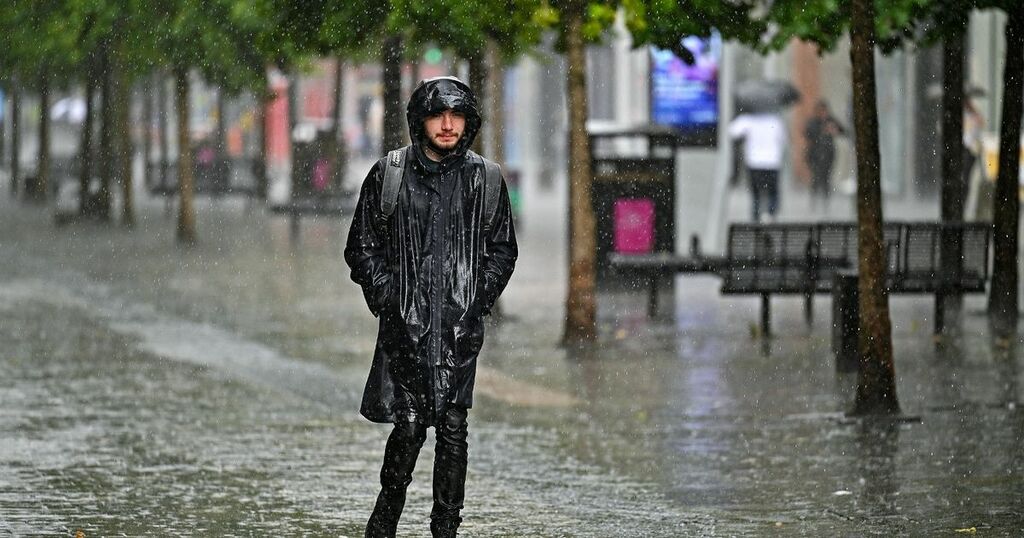 Most of Scotland is on flood alert as forecasters warn thunderstorms will sweep across the country following a day of exceptionally warm weather.

Wednesday saw Scots bake in unusually hot temperatures for a September afternoon, with the thermostat climbing beyond 28C in parts of the south west.

And the warm and dry spell has been replaced by heavy rainfall and even lightning in some parts today.

The Scottish Environment Protection Agency (SEPA) has issued 17 flood alerts for all of mainland Scotland and the Western Isles.

Scots have been warned that slow moving and heavy thunder showers could lead to floods in some communities - with a number of small rivers and watercourses anticipated to spill over.

The agency wrote: “The onset of flooding could be very fast where the heaviest downpours occur. Particularly at risk are urban areas and the transport network, where flood to properties or parts of communities, low-lying land and roads and associated disruption to travel could occur.

“Extra care should be taken if spending time in the outdoors or near watercourses as water levels could rise rapidly.

“Remain vigilant and remember, it is your responsibility to take actions which help protect yourself and your property.”

It comes after the Met Office issued a 10-hour yellow weather warning for thunderstorms from 10am on Thursday.

Forecasters warn that up to 40mm of rain could land in just a two hour spell in some parts of the country.

The adverse conditions follow an unseasonably hot day across much of Scotland on Wednesday, as most of the country sizzled in mid-20 temperatures.

Scots have been treated to a summer of extremes with the thermostat climbing to highs of almost 30C in July to long spells of downpours seen during August.

Glasgow, where the COP26 climate change summit will be held later this year, recorded its hottest ever summer since 1884.