Scientists at Harvard University have engineered an artificial fish whose flapping tail is powered by cells from a human heart, a groundbreaking project that has ignited hopes for the future of cardiac research.

The team of scientists at Harvard, in collaboration with Emory University, built the “biohybrid fish” using paper, plastic, gelatin and two strips of living heart muscle cells, the contractions of which pulled the fish’s tail from side to side and allowed it to swim.

The research team published its findings in the journal Science last week, and video released by Harvard School of Engineering and Applied Sciences (Seas) on Twitter shows a small robotic fish flapping its tail and moving about for about 20 seconds.

The study marks a hopeful step in the advancement of heart treatments such as pacemakers. “The benefit of this fish project is that we are still trying to master the craft of using live cells as an engineering substrate,” Kit Parker, one of the authors of the study, told the Guardian on Monday.

“The heart is extremely complex and it’s not enough to mimic the anatomy,” added Parker, a Seas professor. “One must recreate the biophysics in order to have the robust behavior required of building engineered hearts for children born with malformed hearts.”

Earlier, Parker had told NPR that at first scientists were not sure how long the school of artificial fish would function but they swam for more than 100 days.

Parker told the Guardian that the team was pleasantly surprised.

“By replicating the biophysics of the heart into this fish, we were activating various processes within these cells that are designed to help them sustain themselves,” he said. “We are hoping that in our next endeavor, we will keep these cells and these tissues alive much longer than even four and a half months.”

The muscle cells in the experiment reportedly grew stronger with exercise, a positive indication that this could be implemented in treating heart failures.

Parker was also previously part of a Harvard team that in 2016 built a small robotic stingray also powered by heart cells from a rat that contracted when exposed to light.

Despite the latest extraordinary development, Parker says a lot more work needs to be done.

“We learned what we needed to learn, we have adapted the inventions to our current efforts to understand pediatric disease,” he said, “and now we are moving on to try to build a more complex model of a three-dimensional marine organism using human cardiac cells and human cardiac biophysics.” 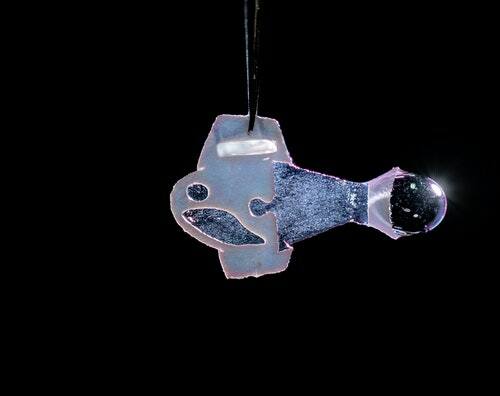 This human cell-powered robot fish is actually a huge medical breakthrough
The futuristic creature could help researchers understand how to grow human hearts.

Inverse
One subscription that gives you access to news from hundreds of sites
First Thing: Russian pledge to withdraw met with scepticism

Experts have little faith in announcement and say there are no signs of de-escalation on Ukraine’s borders. Plus, the ‘arrogance’…

The Guardian - UK
Tuesday briefing: Ukraine – calls for diplomacy from all sides