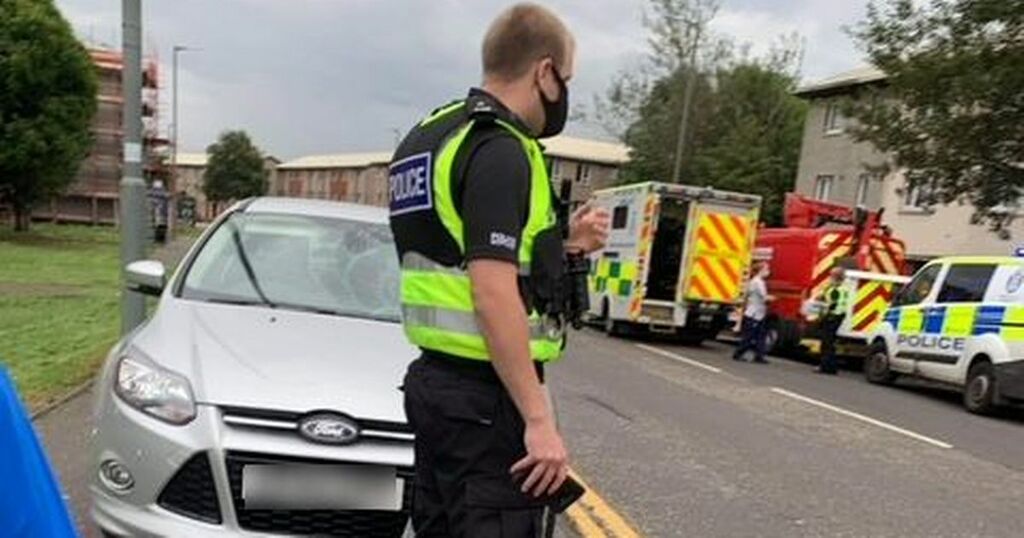 A man has been rushed to hospital after being stuck by a car and knocked off his bike in Grangemouth.

Emergency services raced to Kingseat Avenue in the town at around 3.40pm on Tuesday August 14.

A number of police officers are currently in attendance along with paramedics.

Pictures from the scene show a silver car parked up on a pavement with a smashed windscreen and broken wing mirror.

But it is not known at this stage how badly the boy has been injured.

An eyewitness told Falkirk Live: "It looked really bad, the wee guy went flying into the air and hit the cars windscreen.

"Police managed to move him and had him sitting up, but he looked very confused and was swaying.

"As soon as paramedics arrived they attended to him and got him on to a stretcher and into the back of the ambulance."

An investigation into the accident is underway.

A Police Scotland spokesperson said: "Around 3.40pm on Tuesday, 14 September, police were called to a report of a 22-year-old male cyclist being struck by a car in Kingseat Avenue, Grangemouth.

"Emergency services attended and he was taken to Forth Valley Royal Hospital."