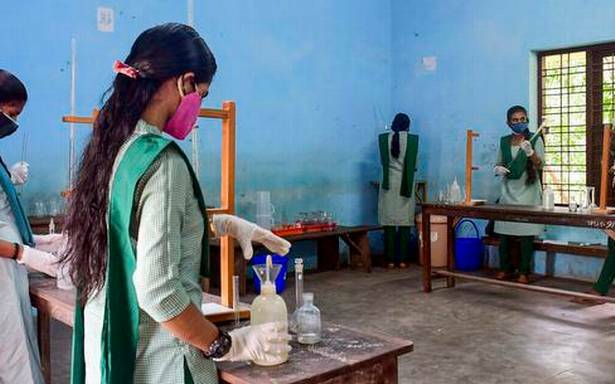 Any land belonging to government schools should not be sold, mortgaged, assigned or leased or used for any other purpose other than educational, the Kerala State Commission for Protection of Child Rights has said.

Acting on petitions from students of Government Lower Primary School, Nedumangad, in connection with construction of a public toilet on the school premises, the commission asked the General Education Secretary and the Director of General Education (DGE) to ensure that its direction was followed strictly.

The students had complained that the construction of the public toilet inside the school would create difficulties for them, and affect their safety. The construction had resulted in loss of trees and medicinal garden on the school compound, they said, seeking an end to alienation of school land.

In the report to the commission, comprising member K. Nazeer, the Deputy Director of Education, Thiruvananthapuram, said the Nedumangad municipality began construction of the toilet by demolishing the school compound wall and taking over the land where a biodiversity garden had been set up. Parents feared that the construction of the toilet adjacent to the school would affect children’s health, and this would impact the number of students taking admission to the school in future.

Denying the complainants’ charge, the municipal chairperson said the land had been identified for setting up refreshment centre and toilet as per a government order. It had also been inspected by the District Collector, and accordingly 2.2 cents of land had been sanctioned for building the toilet.

The Principal contended that the classrooms for students were located very close to the toilet. The well that was the source of drinking water for students and staff and used for cooking mid-day meals was also located nearby. If toilets for the public had to be built, there were many suitable facilities of the municipality itself that were available.

As per the District Collector’s order, the land belonged to the government, and construction of the toilet, subject to government approval, would not affect the school in any way.

The commission observed that as per the Kerala Education Act, 1958, school land could be used only for educational purposes. Hence, the District Collector and the Nedumangad tahsildar should determine if the land for the toilet was school land.

If it had been set aside for the school, no construction other than that related to educational purposes could be allowed in the interests of the students. It was the responsibility of the General Education Secretary and the DGE to ensure that the school land was protected and did not get alienated, the commission said.