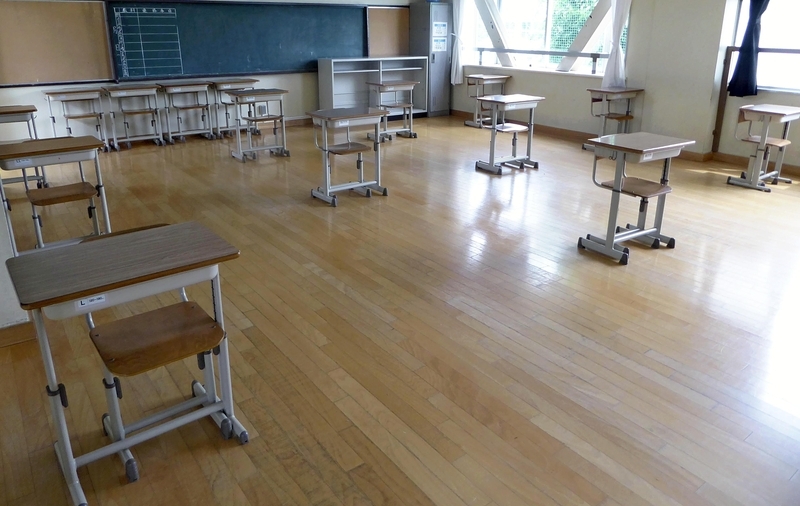 A record-high number of elementary and junior high school students in Japan refused to go to school in the 2020 academic year, and the number of schoolchildren committing suicide also hit a record high of 415 during that period, according to an education ministry survey released Wednesday.

The ministry believes that the coronavirus pandemic "brought about change to children's lives," with the prolonged closure of schools due to the virus having a significant impact.

The survey stated that 196,127 elementary and junior high school students refused to go to school, an increase of 8.2% from the 2019 school year, according to the Education, Culture, Sports, Science and Technology Ministry. The definition of refusal to go to school is attendance of less than 30 days a year for reasons other than sickness, economic difficulty or avoidance of infection.

All schools in Japan were closed from March 2020 as the coronavirus spread across the nation. Many schools stayed shut until May, and even after reopening, school life changed drastically as the summer holidays were shortened and many field trips, sports days and other events were canceled.

The principal of a public elementary school in Tokyo said the school faced a challenging situation when it reopened after last year's lengthy closure.

"Several students in the upper grades had become unable to come to school," the principal told The Yomiuri Shimbun. "They slept during the day and stayed up all night playing computer games or doing other stuff. My greatest fear had been realized."

The school had not been fully prepared for online learning when all schools were closed in the 2020 academic year. The school posted schoolwork and assignments on its website and telephoned the children to check on them, but some students were unable to maintain a regular daily routine.

The school contacted the parents and caregivers of any children who became unable to attend school, and urged the students to come along at least for lunch time. The deputy principal even went to pick up some students from home. Eventually, all the students returned to the normal school routine, according to the principal.

The main reason cited for staying away from school in the ministry survey was "disruption to daily routine, playing or delinquency." This answer was given in 8,863 cases at elementary school, a jump of 61% from the previous academic year, and in 14,576 cases at junior high, an increase of 33%.

-- Online bullying on the rise

After schools reopened last year, students sat at desks placed apart during classes to help prevent infections from spreading, and they had to eat lunch together without speaking. These and other steps restricted interactions among students. This resulted in less trouble between children; 517,163 cases of bullying were recognized at schools in the 2020 school year, a decrease of 16% from the previous school year.

However, a record-high 18,870 cases of online bullying, an increase of 5% from the previous year, were detected among students using personal computers, mobile phones and other devices. In particular, online bullying at elementary schools surged 32% to 7,407 cases.

According to a Cabinet Office survey, 53.1% of elementary school students aged 10 or older used a smartphone in the 2020 school year. This and other external factors also appear to have been behind the increase in online bullying cases.

After being tipped off by a student, a separate public elementary school in Tokyo recently discovered that some of its older students were excluding others from their social media groups.

"Teachers must closely watch for any changes in a child's behavior that suggest they are being bullied online or in the real world," the school's principal said. "We have no choice but steadily create an environment in which children feel comfortable coming forward to discuss their problems."

Under the government's GIGA School Program, digital devices for learning have been distributed to most elementary and junior high school students. Sumida Ward in Tokyo, Nara City and other municipalities have installed apps that enable consultations on these devices, and the respective boards of education are taking steps to respond to requests for assistance from children.

In the 2020 school year, 415 students at elementary, junior high and high schools committed suicide, an increase of 98 from the previous academic year and the highest number since such figures were first recorded in 1974.

"Schools that had become a haven for children who don't feel comfortable at home had to close due to the coronavirus pandemic," an education ministry official said. "The cancellation or postponement of school events may also have had an impact on those children."

The numbers contained in the ministry survey have revealed just how serious the problem of suicide among schoolchildren has become. A ministry official said the 415 suicide cases were "an extremely worrying situation."

The most common background reasons for the suicides included "family discord," which was cited in 53 cases, up 20 from the previous school year; and "mental illness," in 46 cases, up 17. It appears the increased time spent at home by parents and caregivers as many companies encouraged employees to work at home during the pandemic also might have influenced those numbers.

In June, a ministry panel of experts tasked with preventing suicide pointed out that school closures and people refraining from leaving home resulted in children "being more susceptible to bearing the brunt of frustrations that built up inside the family."

"The coronavirus pandemic has had a massive impact on children, and the findings of the ministry's survey were startling," Suetomi said. "Teachers are still very busy dealing with infection prevention measures and other tasks on top of their regular teaching duties. The central government and boards of education should increase the number of school counselors available to help children, and school social workers who can also help children deal with any problems at home. They should quickly craft a framework that can pick up a child's cry for help."