When most adults, even older children, see an infant, they shamelessly slip into baby talk: Whooose a prettee baabee? Such a cuutiee. Their speech gets smoother, slower, higher pitched and sing-songy.

Researchers call this altered form of speech "parentese," but almost everybody does it — an uncle, a neighbor or the nice lady at the grocery store.

Based on research going back decades, scientists have found that talking baby talk to an infant happens in industrialized societies. But is it a universal human trait?

In a wide-ranging study, researchers at Harvard University's Music Lab collected 1,615 speech and song recordings directed at infants and at adults by 410 people in 21 diverse societies: urban, rural and remote indigenous cultures. Their findings were published in July in Nature Human Behavior.

"Most of the research looking at this have studied urban societies in the U.S., Canada, Germany, Sweden, Russia," says Courtney Hilton, postdoctoral fellow and principal author of the study who is now at Yale University's Haskins Laboratories. "But to make a rigorous claim that there is any kind of instinct to do this, we have to study more diverse cultures."

And so they studied people from rich, poor, urban, rural and isolated cultures on six continents, speaking 18 different languages from San Diego, California, to East Africa, from New Zealand to China.

What they found was that everyone altered the speed, rhythm, volume and other vocal traits when they talked to infants compared to the way they spoke to adults.

When face to face with a baby, people speak slowly, elongate vowels and use a sing-song rhythm. The research team made recordings of people around the world speaking and singing, to infants and then to adults. "We used computer algorithms to sort out how rough is the voice, how high the pitch, and so on and then analyzed that," says Moser.

Listen to baby talk in Mandarin

"A low pitch will go up higher when talking to an infant," says Cody Moser, co-author of the study and a Ph.D. student in cognitive and information sciences at UC Merced. "A lifelong smoker will have a rough timbre but will try to smooth out their voice when talking to a baby."

People can't seem to stop themselves even when mocked for using "baby talk." "You or I would not be surprised to hear differences when we speak to infants compared to adults," says Dorsa Amir at the University of California Berkeley department of psychology. She worked with the Harvard Music Lab's researchers in the field in Ecuador.

When the recordings were complete, she was delighted to share them with her research subjects, the Shuar people in the Ecuadorean Amazon, where recording devices are uncommon. Theirs is a hunter/horticulture society, and when they heard themselves, they laughed with joy.

"I played back the recordings, and it was like a little concert," says Amir. "They were so excited."

They were excited ... but notably not surprised by how they sounded. They heard differences in their voices — in pitch, tone, rhythm — when they spoke to infants versus when they spoke to adults. And they seemed to expect to hear differences. "I got the feeling they knew it would be different. That's the cool part, that there's this common thread in being human," says Amir. They knew, like most of us know, that how we speak to babies is different.

People in all the societies that were part of the study modified the roughness in their voices similarly. "From Toronto to hunter/gatherer people in Africa, everyone used a smoother sounding rather than harsh sounding voice," says Moser.

But not every society marches in lockstop when confronted with a baby. The Shuar people pitched their voices higher but not as exaggeratedly high as people in Western countries. So there might be some cultural factors that shape voice changes as well," says Moser. For example, in some remote indigenous cultures, mothers and fathers work constantly and don't have as much time to focus solely on the baby, says Amir. They might speak more casually, as an aside while cooking or gardening, with fewer exaggerated changes.

Nyang'atom people singing to an adult

Nyang'atom people singing to a baby

But since everybody does it in one form or another ... the next question is: Why do people around the world speak differently when talking to babies?

That's what Erik Thiessen has been studying at the Infant Language and Learning Lab at Carnegie Mellon University; he was not associated with the Harvard Music Lab study.

"First and foremost, what we know about infant-directed speech is that babies like it," says Thiessen. "They're interested in it, and when you're interested, you learn more easily." They know this, he says, from learning studies showing, for example, that when infants are interested in something, they'll suck harder and longer on their pacifiers. You might wonder, is baby talk teaching infants anything? Sure, the word "blankie" for blanket or "binkie" for pacficer isn't helping build a viable adult vocabulary, but something is being transmitted: grammar! Thiessen has found that parents are about as grammatically correct when talking to babies as they are when speaking to adults.

And the way they're speaking is likely helping babies learn language. "Adults are hyper-articulating words, making speech clearer, for infants," says Thiessen. And because of these speech modifications such as drawing out the vowels in cuutee pie and separating the sounds with hard consonant sounds, he says, the infants probably are beginning to figure out where one word ends and another begins — the foundation of lifelong speech.

Adjusting the way we speak can help babies learn something about emotions, too. The way adults speak to infants is one of the first tools that parents have to communicate that mom or dad is happy or not-so-happy. "All languages have some similarities in how they convey emotions," says Thiessen. "Bad is always short, loud, sharp sounds. Good is slower and lower and rhythmic and reassuring, almost like rocking the baby to sleep."

It's amazing to think that there's something all the world's people seem to have in common. "These commonalities are almost woven into our biology," says Hilton. "From people in crowded urban centers in Beijing, all the way to a tiny hunter/gatherer society in South Africa, there is something we share. It's a kind of instinct that ties people together."

If you were to translate the takeaway from the new study into parentese, you might say slowly and in a sing-songy and high-pitched voice: Weee are soooo aliiiike.

Susan Brink is a freelance writer who covers health and medicine. She is the author of The Fourth Trimester and co-author of A Change of Heart. 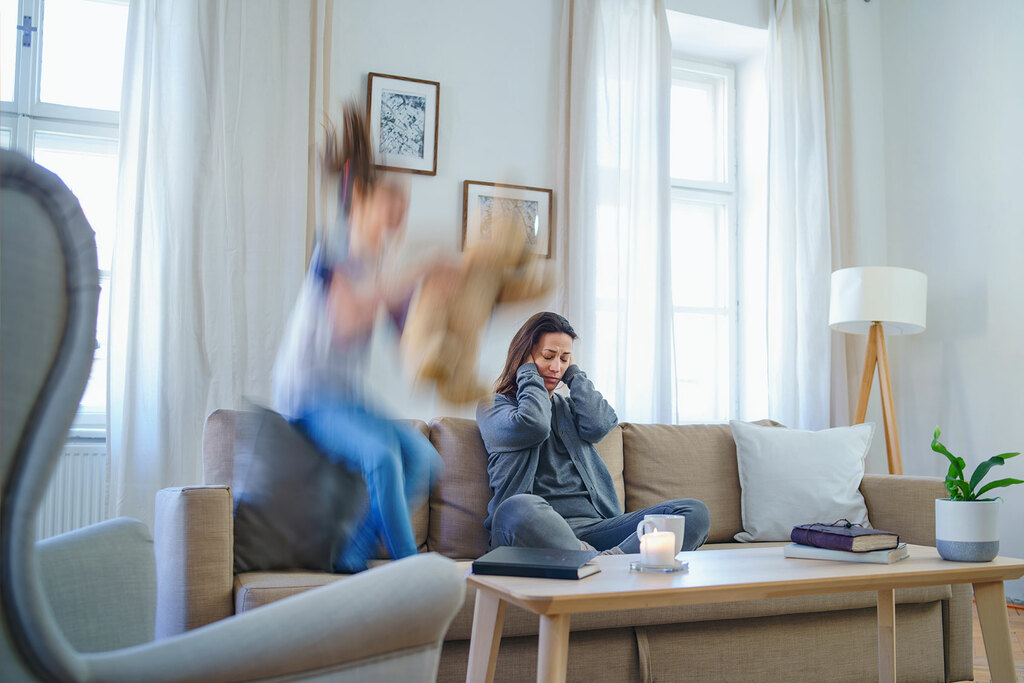 Is this the worst time to be a mom?
The existential gloom surrounding parenthood is greater than ever. Is motherhood really that bad right now?

Salon
From analysis to the latest developments in health, read the most diverse news in one place.
Glasgow Lives: Jill, Milton of Campsie, musician and journalist

From 'doing a turn' at her grandparent's house to working with inmates at Barlinnie Prison, Jill's career in music has…

Glasgow Live
What Disney Princess Culture does to us

Experts on adoption and abortion say lawmakers must work to provide financial and mental health support to birth parents, adoptive…

WEKU
One place to find news on any topic, from hundreds of sites.
Edinburgh fringe 2022 week one roundup: from care home tales to a Berlin fetish night

Sex, social commentary and shows with no actors: where else but the first full fringe since 2019, with standout moments…

The Guardian - AU
Brittany Higgins told police Bruce Lehrmann ‘made a pass’ at her weeks before alleged rape, court hears
Jurors shown 2021 police interviews with Higgins who says she rebuffed Lehrmann’s advances ‘mostly out of shock’ before alleged 2019…
Our picks