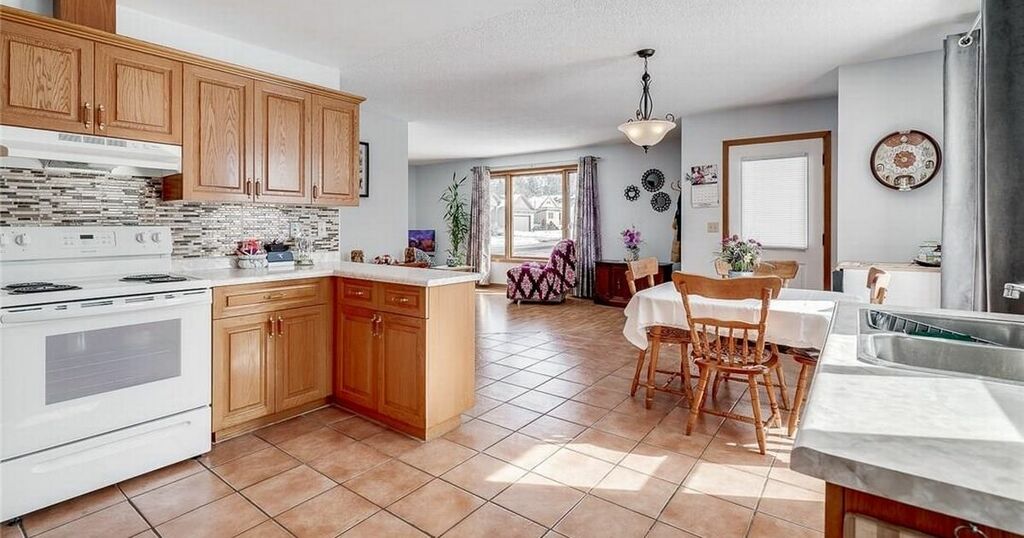 A DIY-loving couple who bought a tired and old fashioned bungalow have renovated it almost entirely on their own - and saved thousands of pounds in the process.

Caileigh Langford, 27, and her partner Sam, 30, bought the bungalow in Niagara, Canada, with the aim of sprucing it up.

Speaking to The Mirror, Caileigh described the property as an “80s shambles” when she bought it, but the pair could see its incredible potential.

After spending money on professionals to stabilise the foundations of the house, the couple set about renovating it on their own to save money, taking on every job themselves.

Caileigh, who works as a wedding photographer, said she started working on the property as much as she could during her “off-season.”

She added: “When the pandemic hit, I really had an off-season, so I poured my energy into whatever we had time for.”

Although the entire house needed work, Caileigh and Sam were keen to get started on the kitchen, because they wanted to entertain at Christmas.

“We were in an area where we could have five people over for dinner, and nothing puts a fire under your butt like a deadline,” she joked.

“We pretty much did all the work on the kitchen in a month and a half by ourselves.”

The work on the kitchen included installing new countertops and refacing the kitchen cupboards - which proved trickier than Caileigh first thought because much of the room was off-centre.

“We put in all the trim work by ourselves and saved some money by ordering things as raw materials,” she said.

Instead of brand new cabinet doors, the pair ordered MDF which they put together and painted themselves.

Now, the kitchen is virtually finished apart from one or two details, and Caileigh reckons she’s saved $20,000 CAD (£11,000) by taking on the work by herself.

Through hard work and extreme planning, Caileigh and Sam have tackled most rooms in the house, with a few adjustments to be made here and there. They've rejigged the master bedroom, the guest room, the living/dining area, the kitchen, the bathroom and even the garden.

Despite her determination, Caileigh admits there were a few times when she felt like throwing in the towel.

“I got my friend to help me with that, and neither of us had installed a bathtub in our lives.

“We were fitting it into a narrow hallway and it was just a hot mess. Then we had to figure out how to level it.

“It seems like everything in this house has an element of: ‘Could they not have just done it right the first time’?”

Have you renovated your house by yourself for a fraction of the price? Email jessica.taylor@reachplc.com

Caileigh added: “Ninety percent of the time, TV shows make it look like you just walk in and it happens so easily, but that’s not how it works at all. Pretty much everything had a major obstacle.”

Although Caileigh and Sam have done some incredible work - and saved an awful lot of cash - the chic bungalow is still a work in progress.

Caileigh said: “We need to work on the basement and the decking outside. We want a firepit space where we can host people, which has been our focus of late.

“The guest room is done other than the closet, but there are a hodgepodge of things I want to.

But she's not finished yet, and added: “I have plans for those spaces.”