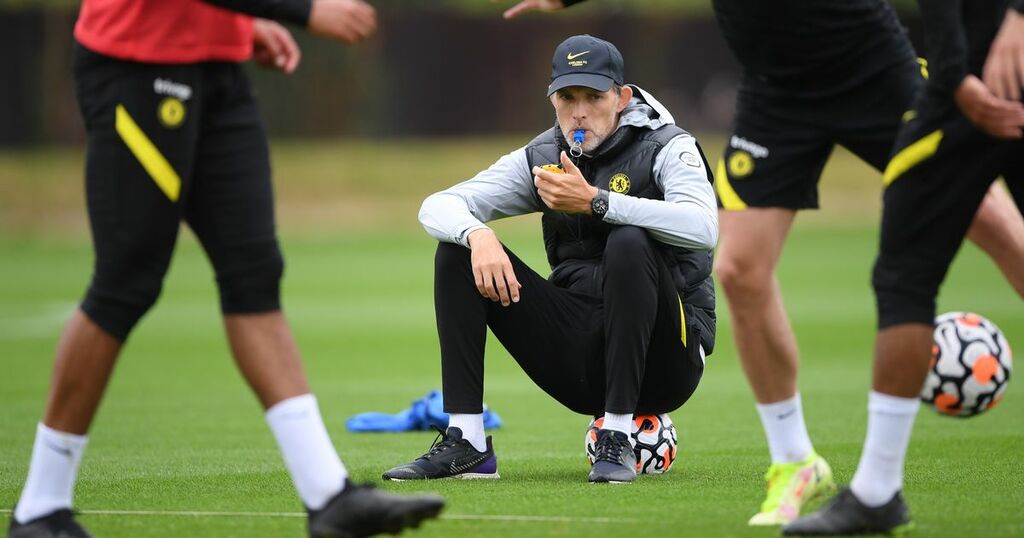 It has been nearly two weeks since Chelsea put in a disciplined performance to hold Liverpool to a 1-1 draw and thankfully Premier League football is about to return.

The international break has seen it's fair share of drama over the last fortnight and the Blues have not emerged unscathed, with Thiago Silva looking unlikely to play at the weekend.

There will be a great deal of anticipation surrounding Thomas Tuchel's press conference on Friday with a number of questions that will need answering ahead of Saturday's match with Aston Villa.

We take a look at some of the big talking points the 48-year-old may tackle below:

Tuchel hasn't always had to broach the subject of team news in recent press conferences but with news of Romelu Lukaku undergoing a scan for a thigh injury, Blues supporters will be desperate to know the outcome.

Christian Pulisic had only just returned from illness in time for USA's internationals but picked up an ankle injury against Honduras. USA boss Gregg Berhalter noted that there would be more information on the injury when the winger returned to London.

N'Golo Kante is another injury doubt after leaving the France squad early when it was established his ankle injury had not fully healed.

So there is plenty to find out with the clash with Zenit to come on Tuesday evening too.

The England defender didn't receive a call up from Gareth Southgate after not playing a minute so far this season and will be hoping that is about to change.

The former Leicester star has had plenty of time at Cobham to train with Tuchel but is still missing the crucial game time that can provide match fitness. The 24-year-old will have been free to be part of all of the Chelsea boss' plans, with the only drawback being Marcos Alonso has been too.

Chilwell would be expected to start one of the Blues next two games, but perhaps Tuchel can reveal why his reintroduction has been slow paced.

It's been a little while since Chelsea announced the signing of the Atletico Madrid midfielder on loan, but Saturday's clash with Dean Smith's side will offer the Blues faithful their first chance to see Saul in the flesh. There's always a little bit of electricity in the air as the crowd's anticipation circles the stadium, eager to see what a new signing is capable off.

Saul has had time to train at Cobham under the tutelage of Tuchel and his staff, but not a great deal of time to work with much of the first team who have been on international duty. Is he ready to offer the Blues something on the pitch? Hopefully the Chelsea boss will let us know.

The Premier League clubs impacted by Brazil's decision to invoke the FIFA rule that gives players who are not released for international duty a five-day ban, have been very quiet since the decision.

As it stands, Silva is set to miss the games against Aston Villa and Zenit Saint Petersburg but reports suggest that clubs are in talks with FIFA over how to avoid the situation going forwards.

The outcome has led to the Brazil international being able to train with his teammates, but unable to feature from September 10-14th. If he had joined with his countrymen, Silva would have been forced to quarantine for ten days on his return to the United Kingdom.

It will be interesting to see if Tuchel can be drawn on the subject and to see if a similar situation should be expected for the October and November international breaks.