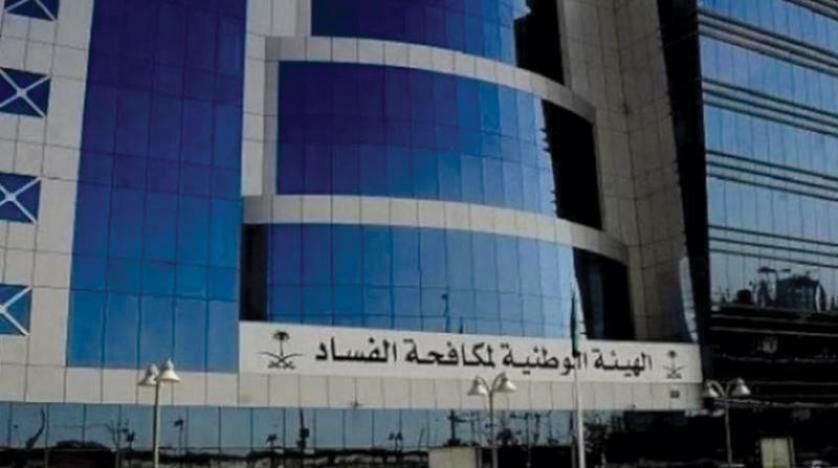 The order said: “Based on an official report forwarded by the concerned authority, Al-Harbi has committed numerous violations and abuses aiming at embezzling public money and making personal profits.”

“Accordingly facing the accusation of committing a number of crimes, including forgery, bribery and abuse of power, with the participation of 18 persons working in the public and private sectors,” Al-Harbi’s service is terminated and he is referred to retirement and investigation.

The Oversight and Anti-Corruption Authority (Nazaha) is responsible for completing the necessary investigation procedures with all people involved of this case, prior to taking the necessary legal measures against them.

Nazaha later announced the arrest of 41 public sector employees on suspicion of financial and administrative fraud.

An official source at Nazaha said the Authority opened a number of criminal cases and legal procedures against several accused individuals. They include 20 cases of financial crimes, bribes, abuse of office, embezzlement, forgery and money-laundering.

The suspects include the director of a charity, officers in military institutions and employees in the public and private sectors.

They include four major generals, three of whom are retired, who are being probed for their illegal activities while they were working at the Ministry of National Guard. They received up to SR212,222,000 (USD53 million) from a foreign company so that it can sign contracts with the ministry, said Nazaha on Twitter.

In another case, the director of the Projects Management contracting company was arrested for paying up to SR24,500,000 in the form of travel expenses for government employees and their family members, in return for manipulating the values and requirements of government projects.

Four employees at Nazaha, including two officers, were arrested for abetting financial crimes suspects and for receiving bribes in their cases. Another employee was arrested for fabricating a case against a colleague with the aim of pressuring him to drop a police case against one of his relatives.

A former university official was arrested for illicit wealth during the time he oversaw the management of projects at the university. He was also found to have acquired 19 real estate properties from businesses that were in contractual agreements with the university.

Nazaha vowed that it will continue to forge ahead in its mission to crack down on corruption and on people who violate public interests and abuse their position for illicit wealth and personal gain.