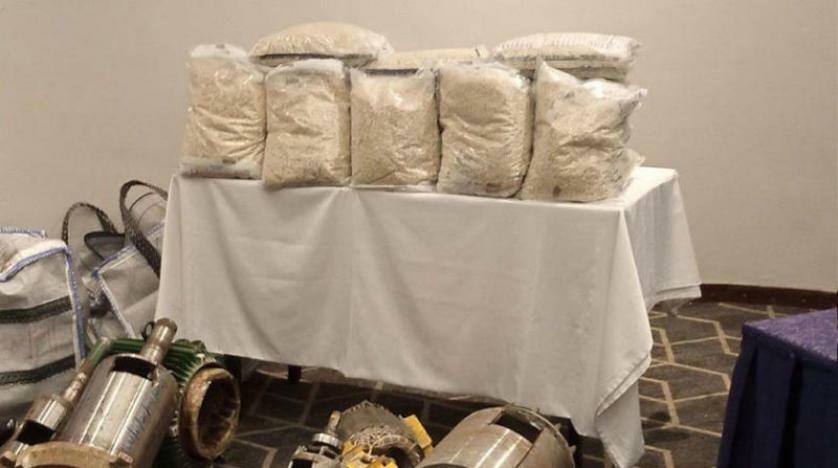 Saudi authorities have thwarted a drug production and smuggling network linked to the Lebanon-based Hezbollah organization that was trying to smuggle 451,807 amphetamine tablets to the Kingdom.

The successful operation was carried out in close coordination with the counterpart authorities in Nigeria, where it was seized before being shipped to another country and sent to the Kingdom.

The drugs were transported by sea from Lebanon to Nigeria, hidden inside mechanical equipment.

Since the start of 2021, Saudi authorities have announced a series of security operations, during which they were able to seize quantities of narcotics, varying in size and type, outbound from Lebanon through various smuggling mechanisms and tricks.

This reveals the extent to which Hezbollah insists on flooding the region with illicit drugs.

Last April, Saudi Arabia announced the suspension of fruit and vegetable imports from Lebanon, saying shipments were being used for drug smuggling. Hezbollah did not care for the decision’s impact on the Lebanese economy, which is suffering from one of the worst crises in the region.

Since then, hardly a month has passed without security authorities announce thwarting a new attempt to smuggle narcotics to Saudi Arabia.

Most shipments of narcotics pass through international stations before they are delivered to the Kingdom. This is done to divert attention as smugglers remain frustrated with their direct shipments from Lebanon being constantly caught by authorities.

In more than one report, the US Drug Enforcement Administration and similar European and Arab offices accused Hezbollah of being behind an integrated drug smuggling and distribution industry. The terrorist organization uses its drug smuggling rings to generate funds that finance its activities and works.

Reports indicate that the large factories that manufacture narcotics and prepare them for shipment outside Lebanon are protected by political and security forces, which are described as de facto forces in the country.

Hezbollah’s influence and control over the facilities and ports of the Lebanese state facilitate arranging smuggling operations to Arab and European countries that were targeted within the group’s drugs trafficking activity.

In early August, each of Egypt and Jordan announced having stopped drug shipments, thwarted smuggling operations, and arrested those involved. Members of the smuggling ring were found to be linked to Hezbollah.