Why it matters: MBS says the "Riyadh Agreement" is an important part of the political solution to end the civil war in Yemen — which has raged on for four years and led to one of the world's worst humanitarian crises, per Al Jazeera.

Context: The conflict involves two main factions that claim to constitute the official Yemeni government, and is widely see as a proxy war between regional powers Saudi Arabia and Iran.

The big picture: The power-sharing deal calls for a new government to include the southern separatists and for Hadi to return to the temporary capital Aden, according to AP. The separatists' militias will also be disbanded.

Go deeper: Why the U.S. got (and stayed) involved in Yemen's brutal war 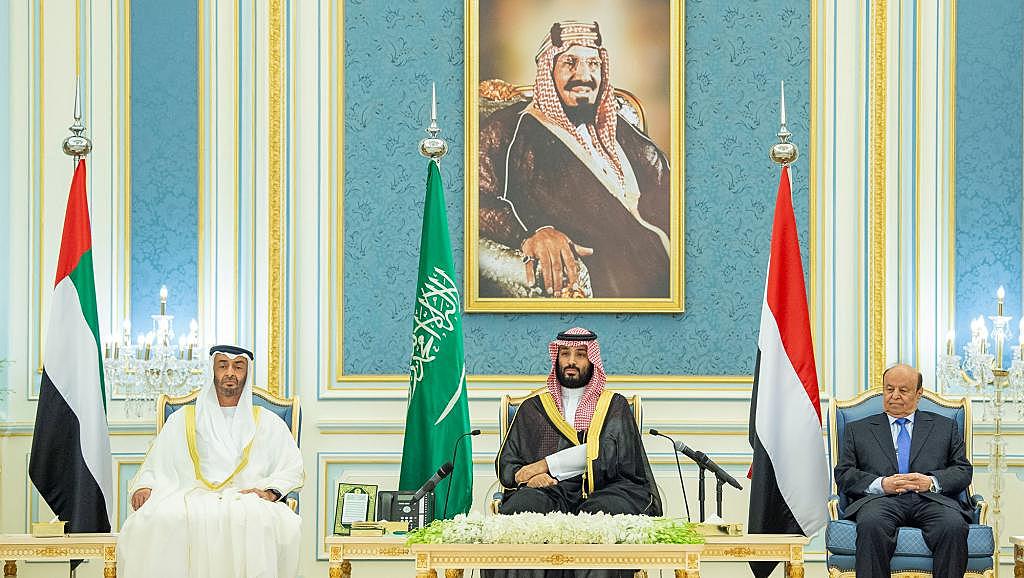 Asharq Al-Awsat
One subscription that gives you access to news from hundreds of sites
Yemen PM to Asharq Al-Awsat: Riyadh Agreement is an Opportunity to Overcome Obstacles, Restore State