A Scots footballer was stunned after discovering a herd of cows rampaging through a housing estate during a late night break-out.

Forfar Athletic star Craig Slater shared the hilarious clip after spotting the unusual scenes through the window of a home while checking on a car.

The midfielder posted the clip on Twitter which shows the herd marching down the road past houses in the dark on Friday night.

One of the cows appears to take a fancy to a bush in the garden of a neighbouring property, giving it a vigorous rub with it's head.

A woman has reported being sexually assaulted in Glasgow city centre, sparking a police investigation.

The alarm was raised around midnight on Saturday, 14 May after officers received a report of a 21-year-old having been attacked.

The incident took place near to Sauchiehall Lane in the city.

The area has been cordoned off by police while they investigate.

Vile footage has shown the moment a young schoolboy was attacked by a mob of 'rampaging' youths.

In the shocking video, shared with the Daily Record by a friend of the victim's family, the teenager is seen curled up on the ground as a group of others deliver a barrage of kicks to his body.

As he tries to cover himself with his arms one of the youths, wearing a grey jacket, brings his foot down on the teen's head at least nine times.

Meanwhile, some of the other thugs circle him before raining down a series of further punches and kicks.

The horrific attack took place in a park on Telford Road in the Murray area of East Kilbride, North Lanarkshire on Monday May 2, at around 8pm.

The wife of Da Vinci Rapist Robert Greens' brother has begged people to stop hounding her family so that her sick husband can live out his final days in peace.

Lee Greens, who is married to monster Greens' twin Richard, shared her plea online after local rumours surfaced that the vile thug had been released from prison and moved into his brother's home in Hawick.

It came after locals reacted to unconfirmed reports that a sex offender has been rehoused in the area.

Posting online, 42-year-old Lee said: "I am Richard's wife of 25 years. Robert doesn't live here, he lives in the jail.

A family home has been left burnt out and a second property damaged after a devastating caravan fire in Fife.

Fire crews were called to the inferno after flames took hold of a property in Kilmux Park, in the village of Kennoway, at around 5pm on Friday.

It is understood the family who live at the property were out for the day when the blaze spread from a neighbour's caravan to their home.

No one was injured but the home owners have lost everything in the fire.

At the height of the blaze, six fire engines were in attendance with water being pumped overhead onto the house. 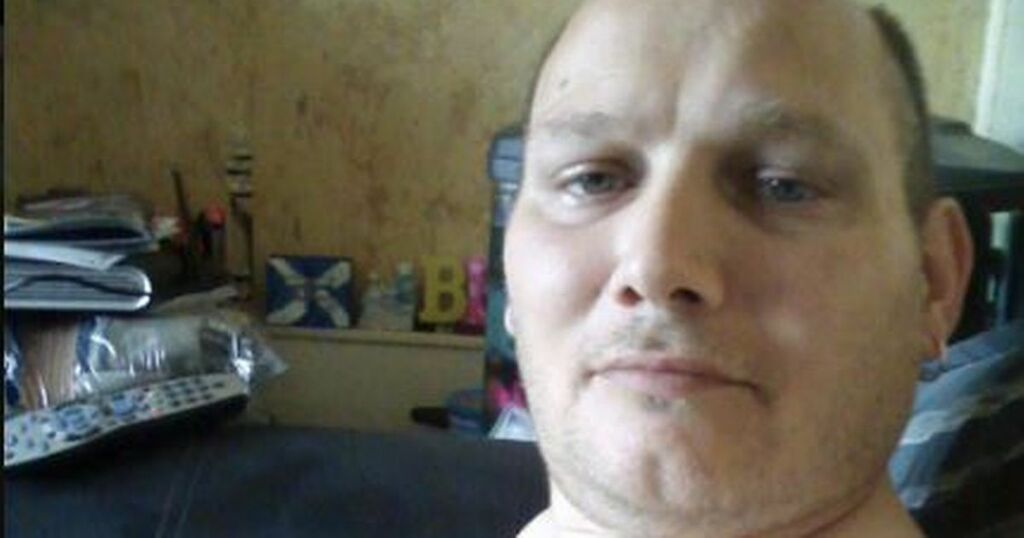 Lee's husband, Richard Greens, is the twin brother of Robert Greens, who committed a horrifying attack on a local student…

In shocking footage shared with the Daily Record by a family friend of the victim, the teenager is seen curled…