It’s fitting, then, that the finale should open with one of those members’ most popular recurring sketches: Alien Abduction. Three southern gal pals (McKinnon, Cecily Strong and host Natasha Lyonne) recount their close encounters with extraterrestrials to two government agents (Bryant and Mikey Day). Whereas two of the women’s had beatific experiences with beings of pure light, McKinnon’s hapless Colleen Rafferty once again gets the short end of the stick: yanked into the sky by a giant claw machine while “popping a squat on the median”, she has her pubic hair plucked out by a group of gray-skinned perverts before being ceremonially dumped into the middle of a Mets’ game “ass-up with my dong-hole and my wrong hole out”.

The agents then reveal that the aliens have made contact with the government and offered to share some of their technology if Rafferty agrees to go off with them permanently. She accepts, saying that “I always felt like an alien on Earth anyway”. This leads to an emotional sign-off not just from the character, but McKinnon herself, who gets the sole honor of saying the show’s catchphrase one final time.

Lyonne is the night’s host. The New York native promotes the second season of her time loop Netflix show Russian Doll (“Two things you definitely want to be associated with right now are Russia and Netflix”) and discusses her longtime association with SNL, bringing out close personal friend Maya Rudolph and ex-boyfriend Fred Armisen (who both do impressions of her). She also talks about her lifelong career as an actor (she plays a clip of an early childhood role on Pee Wee’s Playhouse) and her journey in overcoming addiction and despair, signing off by telling the audience “there’s always a reason to get back in the ring and fight another day”.

First up is a commercial featuring interviews with self-admitted stupid Americans – not individuals with mental illnesses or learning disabilities, just big dummies from all strata of society – who encourage people like them to vote (or “volt”). A properly cynical look at the inherent flaw in the American political process (one made worse by technology and media), this isn’t quite as cutting as it should be, but the idea is there.

A radio broadcast of a baseball game from the 50s sees Lyonne’s commentator high on prescription methamphetamine and running off at the mouth on all manner of inappropriate topics: Joe DiMaggio’s marriage to Marilyn Monroe (“How the hell did Joe DiMaggio, the ugliest son of a bitch in baseball, snag that broad?”), race (“You know Italians aren’t even white”), dirty jokes (“How do you fit four hookers on a chair? You turn it upside down!”), and a bawdy story about Babe Ruth eating a child alive. The fun Lyonne has playing an old-timey dirtbag is infectious.

A musical performance from the Treece Henderson Trio sees lead singer Treece (Kenan Thompson) engage in dramatic and bizarre stage banter with his harmonica player/lover (Lyonne) and a psychic in the audience. There are a few funny lines throughout (including a random reference to R Kelly), but the main thread is so loose that it all quickly unravels.

Next, a man (Andrew Dismukes) nostalgically reminisces about his high school prom of 20 years ago by revealing the dark fate that befell his friends: one went missing on the Appalachian trail, one became a porn star, one killed his grandparents, one married a miner (who’s also a minor), one invented fentanyl, one stormed the Capitol on 6 January. Throughout all of this, one member of the class, Rachel Fenster, continually appears in their various stories as an agent of pure chaos. It’s eventually revealed that she murdered the narrator and his ghost is stuck in purgatory until she’s brought to justice. The sheer darkness of the jokes compounded by a sense of encroaching dread gives this a feel of almost cosmic horror. SNL should do creepy more often.

Then, on Weekend Update, the smarmy Guy Who Just Bought a Boat (Alex Moffat) gives summer travel trips, or “the best plays to get the best lays on vacays”. There’s even more sexual double entendre than usual, which Moffatt sells with aplomb. Unfortunately, this is followed by an interminable Trend Setters report. Bryant has a number of recurring Update characters, so it really is too bad that her farewell comes via the most obnoxious of them all (although the goodbye kiss she gets from Che and Bowen Yang is sweet).

The goodbyes continue with an appearance from Pete Davidson. He confirms that he is indeed leaving the show, musing on the ways his life has changed since his first appearance on Weekend Update back in 2014: “I became hugely successful while barely showing up at work.” He talks about the controversy that erupted when he made fun of Republican Dan Crenshaw’s eyepatch (he avoids mentioning his career lowlight of apologizing and buddying it up with the rightwinger a week later), his short-lived engagement to pop star Ariana Grande, and the surprising mentorship he’s received from Lorne Michaels. It’s a low-key send-off befitting probably the most shiftless (by his own admission) cast member in the show’s history.

Then we get a spoof of the classic film 9-to-5. In this version, the heroines murder their sexist boss and pull a Weekend at Bernie’s with his corpse in order to fool some shareholders (Armisen and Mooney). It’s a long, unfunny mess, the chaos of the story bleeding over into the actual performance.

Then the show and the season concludes with a commercial for “grey adult pigtails”. Several ageing Gen X women (including Japanese Breakfast singer Michelle Zauner) discuss their love of the hairstyle, as well as their shared boyfriend, who sports one of his own from his beard. It’s a pretty limp sketch to close out with, but it does feature three of the departing players (Mooney, McKinnon and Bryant).

Despite a noticeable drop-off in the back half of the episode, this was a strong rebound from the dismal run the show has been on of late, with Lyonne proving a charming host. It also had a tangible sense of transition about it. Much as some of the departing members will be missed, the cast was in desperate need of some trimming this season, and hopefully this shake-up will give things a fresh feel come next season. 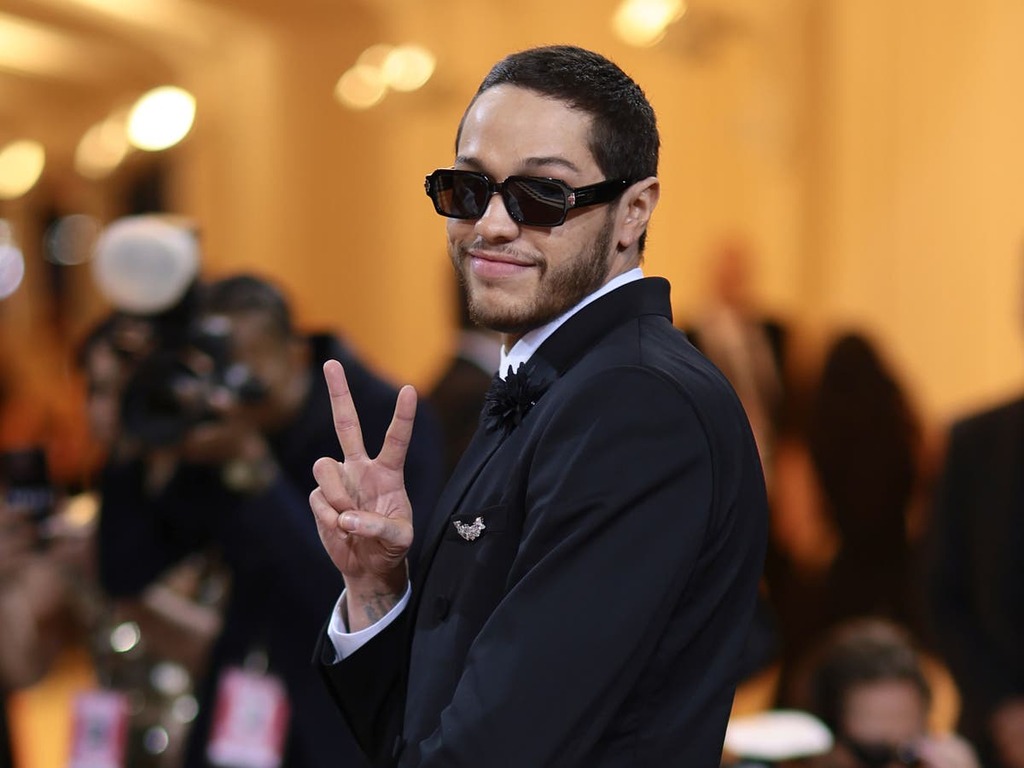 Pete Davidson wasted no time addressing the elephant in the room during his final appearance on Saturday Night Live.