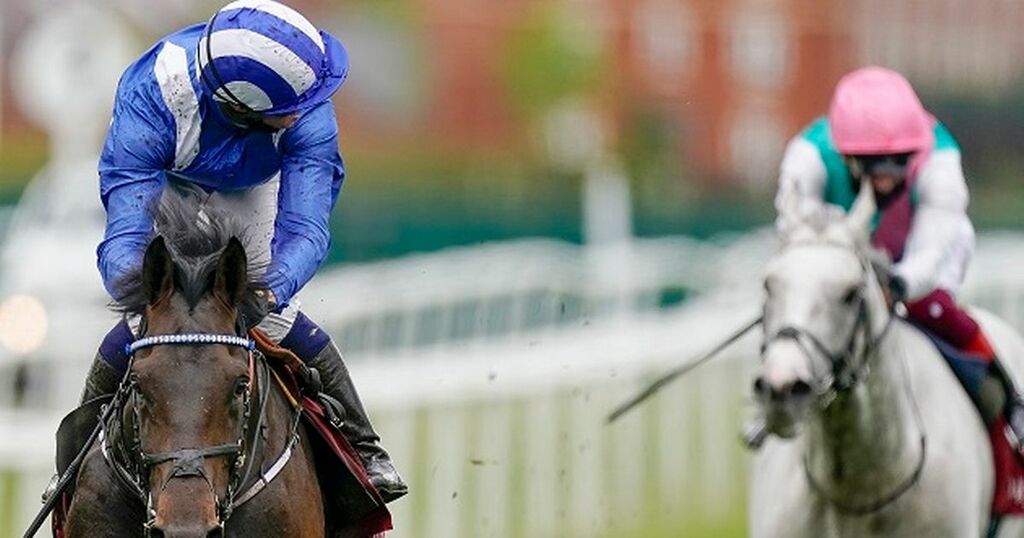 The Guardian - UK
One subscription that gives you access to news from hundreds of sites
ITV Racing tips: Friday selections from Newsboy for York and Newbury cards on ITV4

Desert Crown, El Bodegon and Magisterial are all in action in Thursday’s Dante Stakes before next month’s Derby

The Guardian - UK
MotoGP: Alex Rins And Joan Mir In Talks With Honda

All eyes will be on last season's champion miler Baaeed when he makes his seasonal return in the £350,000 Al Shaqab Lockinge Stakes at Newbury.

Away from the feature contest it is a busy day of racing action, with seven afternoon meetings and two evening fixtures. Baaeed hasn't been seen since edging out Palace Pier in the Queen Elizabeth II Stakes at Ascot in October and connections appear to have him primed for his eagerly-anticipated return to the track.

The unbeaten colt looks set to go off one of the shortest prices of the entire day in the Group 1 showpiece. He's not an easy horse to oppose given his significant class edge and there are other favourites who look a good deal more vulnerable.

Persian Force, current ante-post favourite for the Coventry Stakes at Royal Ascot after a sparkling debut at Doncaster in March, is likely to be a warm order in the conditions race at 3.35.

The race has been won by the Hannon team in four of the last five years. Unraced Aidan O'Brien-trained colt Sierra Blanca is in opposition and jockey Ryan Moore has enjoyed a fine recent run of form.

Go On Chez is a good ground horse who will appreciate going back up in trip after making hard work of winning over 2m4f at Newcastle last time. He made quite a few jumping errors that day and was all out to defeat a bunch of pretty modest rivals. He faces better quality opponents this time, off a 6lb higher mark. The one to take him on with could be Dawn Raider, whose trainer has won two of the last four editions of this contest.

Ottoman Fleet has a flashy pedigree and is trained by Charlie Appleby so it's no surprise that the son of Sea The Stars heads the market for this ten furlong Listed contest. However, there is no shortage of viable alternatives in what looks a warm heat and, purely on what he's achieved, there is no way he should be favourite. His debut second was full of promise but at least three of his rivals have achieved more and inexperience could cost him.

Costly Diamond absolutely sluiced up at Sedgefield earlier in the week and on the face of it, a 7lb penalty is unlikely to stop her following up. There is a potential issue here, though. The last time the mare ran at Bangor, she tried to run out and unseated her rider at the seventh fence, which makes coming back to the Welsh venue a bit of a gamble for connections. A couple of her rivals are in good form too in the small field, so this might not be as straightforward as the market implies.

A really trappy little novice contest and don't be in a rush to take prohibitive odds about Atlantis whose debut effort was respectable (started slowly; finished race off nicely) but no more than that. She will no doubt step up on that Newbury form however all of her rivals still have have plenty of potential and this may be steadily run. That is not be ideal for a filly bred to stay middle distances well.

Nashwa only has six rivals in this Oaks trial. None of them should be taken lightly and this is far from a penalty kick for the Gosdens' Haydock winner. There was a lot to like about her comeback win and the step up in trip ought to suit. She'll need leave that level of form well behind though if she's to follow up in what looks a warm event for the grade.

#Ad: Get £60 in FREE BETS and BONUSES with Betfred when you bet £10 on Saturday's racing

Newbury (Geopolitical Entity)
Sign up to read this article

The Guardian - UK
One subscription that gives you access to news from hundreds of sites
ITV Racing tips: Friday selections from Newsboy for York and Newbury cards on ITV4

Desert Crown, El Bodegon and Magisterial are all in action in Thursday’s Dante Stakes before next month’s Derby