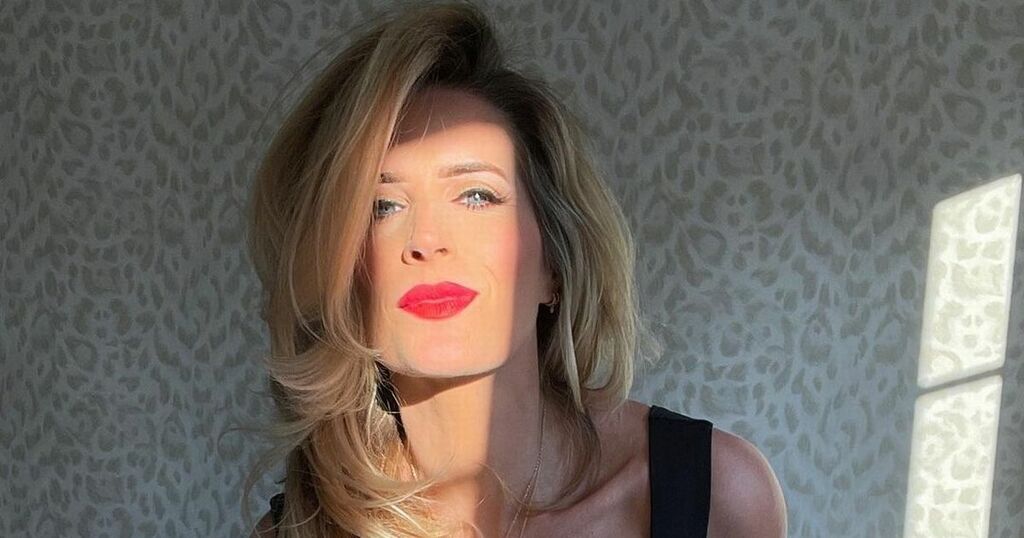 Sarah Jayne Dunn received a comment she was not prepared for after sharing a selection of racy images.

The actress, 40, was offering to flog her sexy underwear from a raunchy photoshoot, but one fan was more interested in purchasing her lamp.

The ex-Hollyoaks star stripped down as she posed for more sexy snaps to post on her OnlyFans subscription site.

Fans of the star can pay £11-a-month to see her seductive shots and the blonde beauty asked her followers if they would like to buy her undies too.

She received an influx of comments when she posted a steamy snap of her kneeling at the end of her bed wearing just a fluffy jumper and strappy knickers.

Alongside the image, Sarah wrote: "Who’s interested in buying some of the pieces I’ve posted pictures in?"

Many eager fans quickly responded, with one writing: "Yep, I'm in."

And a third wrote: "You’d make a fortune."

However, in a surprising turn of events, one fan seemed more interested in her background rather than Sarah herself.

The fan wrote: "How much for the lamp?"

Sarah began selling her images last year - a move which saw her axed from her long-running role on Channel 4 soap Hollyoaks.

The actress played the role of Mandy Richardson on the Cheshire-based soap for 25 years before the saga.

She said she opened her OnlyFans account to take ownership of her "images", "choices" and what you want to do with your body".

She amassed 11,000 followers in the first day following her sacking, which is predicted to have earned her almost £100,000.

Sarah was shocked earlier in the week when some of her premium pics were leaked, but her representatives said she wasn't worried about the issue.

A rep told the Mirror: "Content gets leaked and it’s the world we live in for all creators which isn’t right at all, but given how successful Sarah’s profile is on OnlyFans - in the top 0.5% of all creators worldwide - it’s really not an issue that she is worried about.

Despite the successful career shift, Sarah still says that her main passion is acting and hasn't ruled out appearing on another soap in the future.

Sarah told the Daily Star in November: ""I love Corrie. I'm a Northern girl and Coronation Street has always been up there as something I'd love to be part of so that would be great.

"I've had other opportunities and doors open since all of this so maybe for now my path is slightly different but I'm happy to see where it takes me for now."