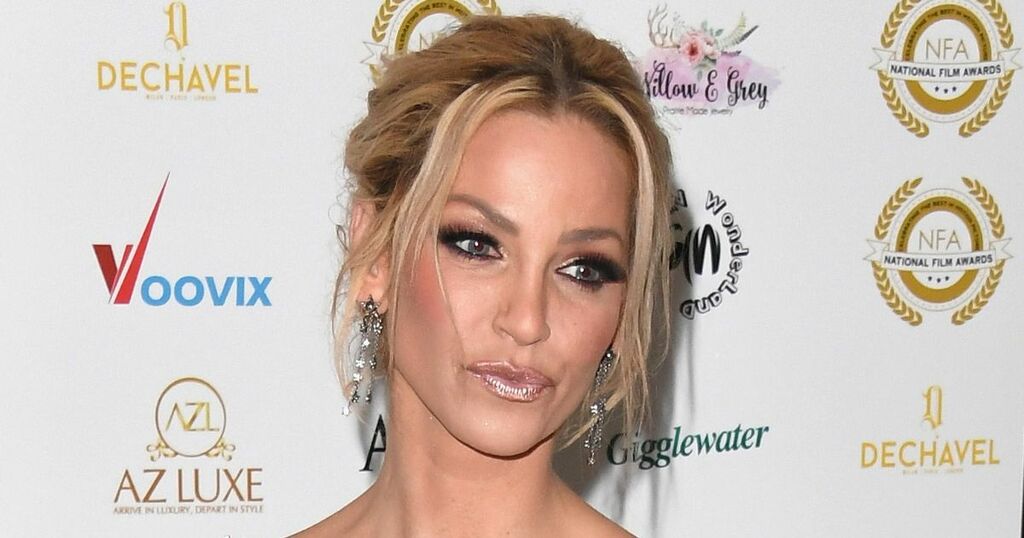 The Girls Aloud musician, 39, lost her battle with breast cancer on September 5 just a year after being diagnosed with the disease.

And in 2015, whilst attending a Pink Ribbon Charity lunch at Champneys Spa in Tring, Hertfordshire, Sarah shared her worries over getting breast cancer as she opened up on how she'd seen family members and close friends take on cancer.

MailOnline report that the singing sensation said at the event: "Breast cancer is something that’s quite close to my heart anyway because it runs in my family. On my mum’s side it has touched me..."

The bubbly personality then added how she wanted to "give something back" after "seeing close friends of the family have had to have mastectomies and augmentations and things."

When asked if she was concerned with getting the disease, Sarah said: "Yeah. Oh gosh. I think it’s important that every woman has to check themselves regularly....

"Luckily for me so far, fingers crossed, I’ve been okay. Another thing women have to be aware of is obviously cervical cancer. So there’s a lot to worry about as a woman. As there is with men."

In her last months, Sarah continued fundraising for breast cancer and the cancer treatment centre that cared for Sarah is planning research partly funded by proceeds raised by her.

The chart-topper released the song Wear It Like A Crown in March to raise money for the Christie hospital in Manchester and the cash from the song will fund research into preventing breast cancer among women aged 30-39.

"Sarah was extremely passionate about breast cancer research and spoke often of the importance of funding this," a statement from the hospital released to the BBC said.

Sarah's mum broke the news of her passing on Instagram.

She wrote: “It’s with deep heartbreak that today I’m sharing the news that my beautiful daughter Sarah has sadly passed away. Many of you will know of Sarah’s battle with cancer and that she fought so strongly from her diagnosis until her last day.

"She slipped away peacefully this morning. I’d like to thank everyone for their kind support over the past year. It meant the world to Sarah and it gave her great strength and comfort to know she was loved. I know she won’t want to be remembered for her fight against this terrible disease – she was a bright shining star and I hope that’s how she can be remembered instead.”

Brave Sarah had undergone gruelling treatment to beat the cancer, including a mastectomy and intensive chemotherapy since first being diagnosed in summer 2020.

In March this year she revealed the devastating news that the cancer had spread to her spine and she knew she was dying.

Sarah was considering treatment options for a secondary tumour at the base of her spine, which had possibly grown into her brain, but had ruled out radiotherapy because she didn't want to lose her hair.

Having already faced the trauma of losing her breast and being too ill to have a reconstruction - which had left her unable to look in the mirror - Sarah wanted to keep her blonde hair.

In her book Hear Me Out, Sarah wrote: "In December my doctor told me that the upcoming Christmas would probably be my last."

She added: "I'm at a stage now where I don't know how many months I have left.

"I don't want to feel like I have to spend whatever time I have left hiding away."

Sarah had first found fame with Girls Aloud, who were put together on reality TV show Popstars in 2002.

The band - Sarah, Cheryl Cole, Nadine Coyle, Kimberley Walsh and Nicola Roberts - had enormous success with 20 top 10 singles and built a fortune of £30million through their record sales and tours.

But their bond fractured during years of infighting, and in 2009 they went on hiatus to pursue solo projects for a year. One year turned to three, and they reunited in 2012 to celebrate their 10-year anniversary. After their single Beautiful 'Cause You Love Me failed to chart, they announced their permanent split in 2013.

Sarah went on to try her hand at acting, scoring roles in Bad Day, Freefall, Run For Your Wife and St Trinian's 2.

She appeared briefly in Coronation Street before going back to her reality TV roots and signing up for a stint in the Celebrity Big Brother house in 2017, which she won.