Evil child killer Karen Harrington is being closely watched for her own safety as she starts a life sentence for killing toddler
Santina Cawley, the Irish Mirror can reveal.

The 38-year-old was brought to Limerick Women’s Prison on Monday after being found guilty of the brutal murder of the tot in July 2019.

She has begun a new prisoner committal process where a healthcare team is examining her state of mind. But sources have confirmed she is being monitored over fears she could take her own life.

We can also reveal prison authorities are implementing protective measures to ensure she is not targeted by other lags over her shocking crime.

A source said: “She is on suicide watch and is being examined by a healthcare team for as long as it is necessary.

“But there also will be measures put into ensuring this individual’s safety, simply because there has to be.

“She will get no sympathy in prison but because of the gravity of her crime on a child, there’s no doubt she’ll be targeted by other women in the prison.”

She is being checked upon regularly by prison officers as she comes to terms with life behind bars.

Harrington has been placed into a single occupancy prison cell, but there are also double occupancy ones which means she may have to share down the line.

Harrington – who inflicted 53 catastrophic injuries on two-year-old Santina – will also have a chance to befriend fellow killer and “Scissor Sister” Charlotte Mulhall, 37, who is banged up in the same jail.

Mulhall was moved down from the Dochas prison in Dublin after allegations of a lesbian fling.

She and her sister Linda Mulhall were caged after stabbing and beating their mother’s boyfriend, Farah Swaleh Noor, to death before dismembering his body in 2005.

The Scissor Sisters carved up his body and dumped it in Dublin’s Royal Canal.

Charlotte was sentenced to life in prison for the grisly murder, while her older sister was handed a 15-year term for manslaughter.

Linda was released in 2018 having served 12 years of her sentence.

Two other killers there, and who have become pals behind bars, are Kinahan hit-team accomplice Regina Keogh and Continuity IRA shooter Rose Lynch.

Keogh, 42, and serving life for the murder of Gareth Hutch in 2016, was transferred to Limerick from the Dochas in 2018 because of fears she would be targeted by Hutch gang supporters there.

While Lynch, 59, is also a lifer in jail after brutally killing innocent Dublin delivery driver David Darcy in a case of mistaken identity in 2011.

As Harrington settles into her new high-security home, prison officers don’t expect her to cause any trouble.

Another source said: “People serving life often come in and stick their head down because they know they are not going anywhere quickly.”

At the time of tot Santina’s murder, Harrington was in a relationship with the child’s dad Michael Cawley. Santina was found critically injured by Mr Cawley in the early hours of July 5, 2019 at Harrington’s apartment in Boreenmanna Road in Cork.

The child was naked and clumps of her hair were found in the apartment.

A stud had been ripped from her earlobe and her torn top was also recovered from the house. During the trial, it was heard Santina was left with shocking injuries including fractures to her skull, ribs, right arm and left leg and bruising to her entire body.

Wicked Harrington never took any responsibility for the murder and denied it but a jury on Monday established she was lying. 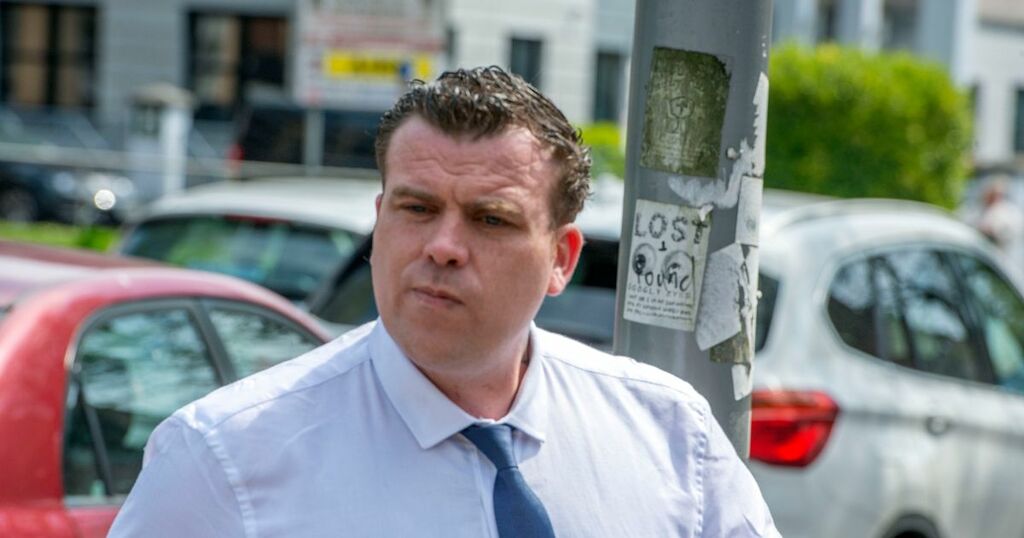 Dad of Santina Cawley hurt by 'troll' claims of neglect as he says 'I wish I'd died instead of her'
Exclusive: 'I would prefer if Karen killed me that night'

Irish Mirror
From analysis to the latest developments in health, read the most diverse news in one place.
Mum of murdered toddler Santina Cawley says she'll 'let no one touch my kids again'

Exclusive: Bridget O’Donoghue said the trial gave her no answers and the trauma of imagining what happened her 'little angel'…