Santa Day in Highland Perthshire to skip a year 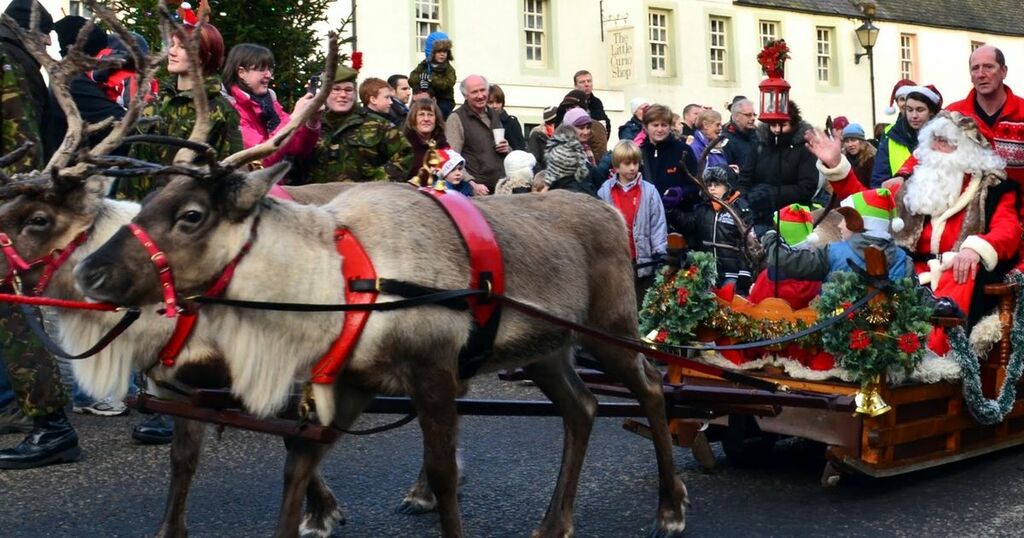 Dunkeld and Birnam ’s popular extravaganza to celebrate Father Christmas’s festive preparations will not go ahead due to the COVID-19 pandemic.

Santa Day was supposed to take place on December 11.

In past years it involved a parade with Santa, his elves and reindeer through the neighbouring villages of Dunkeld and Birnam.

The procession ends with market stalls in around The Cross in Dunkeld, a chance to hang out with the deer and children coming inside the Drill Hall for an audience with the man himself.

But the organising committee explained that the pandemic has prevented the fundraising that the event depends on and that worries about infection had put off Santa making a big appearance.

In a message to the PA, Santa Day volunteer Gillian MacEwan explained the committee’s heartache at the prospect of having a blank year: “The Santa Day Committee met this week to discuss a range of options surrounding the hosting of our special annual Christmas extravaganza for children and parents alike.

“We were very honoured to have Santa himself join us via Zoom from Lapland to talk with us and share his views on what is increasingly a difficult subject to make a definitive decision upon given the ever-changing circumstances surrounding the impact and effects of the ongoing COVID-19 pandemic.

“However, after much debate and opinion, Santa Claus, his reindeers and supporting elves reluctantly took the sad decision to take a 2021 sabbatical from this year’s Dunkeld and Birnam Santa Day celebrations in December.

“The Committee agreed with Santa that the safety of volunteers, local residents and visitors was our number one priority and with potential risks being assessed as too high, the unanimous decision was reached to cancel the scheduled event on Saturday, December 11, 2021.

“Santa also asked that as part of ‘the magic of Christmas’ that children be reminded to start thinking about their Santa letters, to start being on their best behaviour.

“Finally, the organising committee would like to thank all local businesses and support organisations for their understanding and ongoing commitment in supporting this difficult public health decision being reached.”

While there will be no big day this December 11, there will still be fun to be had as Dunkeld will still hold the Christmas jumper competition, the ‘Hunt the Elf’ competition around local shops and its best dressed pet competition.