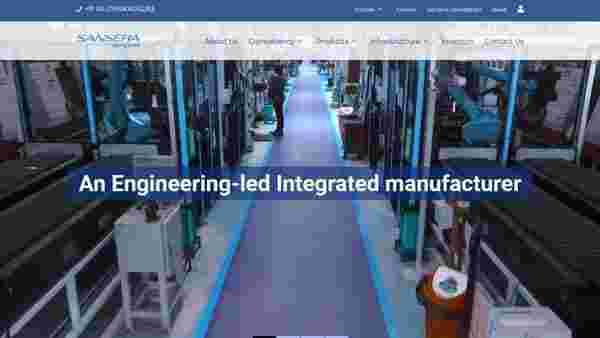 MUMBAI : IPO-bound auto component maker Sansera Engineering plans to increase its focus on technology-agnostic and non-automotive components business as it looks to derisk its business from internal combustion engine components, senior management of the company told Mint in an interaction.

Sansera’s IPO, a pure secondary sale of shares by its existing shareholders, will open on Tuesday with a price band of ₹734 to ₹744 per equity share. The IPO values the auto component maker at around ₹4,000 crore.

“While the technological shift is bound to happen, we really don't know what technology will be adopted in the long term, whether it is EV or hybrid fuel cell. So, we are looking to focus more on technology agnostic components, which can be used in any platform," said S. Sekhar Vasan, chairman and managing director of Sansera.

“We've also been focusing on expanding from auto into non-auto segments such as offroad vehicles, aerospace, defence, stationary engines, construction equipment, agriculture, medical implants. All these sectors are benefiting from various government policies," he said.

Aerospace and defence are two critical areas of focus for the company.

“Aerospace and defence, with especially defense being privatized, we are seeing a lot of traction. We have been able to get orders from both domestic as well as international defence players. This year we are setting up a new greenfield facility, which is going to be almost three times the size of the existing facility for aerospace, which will have about two-thirds for commercial aerospace and 1/3 for defence," added Vasan.

Currently, the component maker derives around 17% of its revenue from non-automotive and technology-agnostic components business; but it expects these businesses to grow at a much faster rate than its legacy auto component business.

“This is expected to grow much more aggressively compared with the auto business with the current order book. With the current visibility and order book that is there, we have quite an aggressive road map, because our focus has been in the last three years to acquire business in these areas," said Vasan.

Almost 45% of the company’s order book is coming from these two lines of business.

“We are focusing quite a bit on technology-agnostic components, we have been working with our top customers both in the passenger vehicle and the two wheeler sector to add components in braking, in suspension. We also have aluminum alloys components and this we believe is going to play a very key role, irrespective of the technology, because all the OEMs need to reduce the weight of their vehicles. So, this is going to be one key element in our future growth as well," he said.

Sansera has plans to spend ₹250 crore on capital expenditure this year, with a substantial chunk of the money going towards the new growth areas.