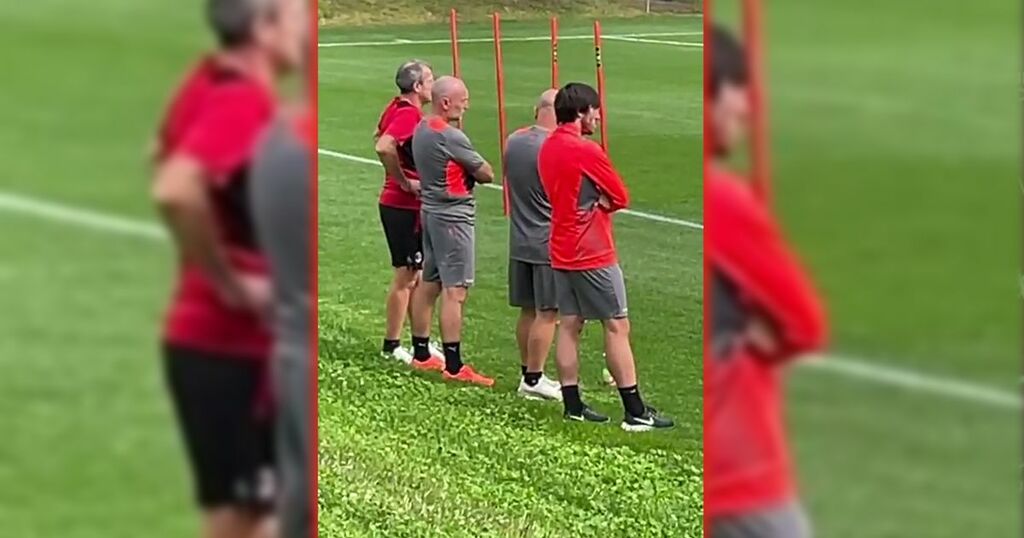 AC Milan midfielder Sandro Tonali did not take part in a training session today, but is expected to be available for selection against Liverpool tomorrow night.

The Serie A side streamed a live training session from their base this morning and Tonali was seen watching on from afar as the rest of the squad were put through their paces.

It has now been claimed that the reason for this was due to the 21-year-old feeling unwell in the night.

Tonali has featured in all three of Milan's league matches so far this season, helping the team claim maximum points in their fixtures.

Both Liverpool and the Italian giants have enjoyed unbeaten starts to the campaign and tomorrow's Champions League clash promises to be a thrilling contest.

This is Milan's first time back in Europe's elite competition since the 2013/14 season after a number of years of falling below expectations in the league.

Liverpool have won the two previous meetings between the sides by two goals on both occasions, though both of these victories arrived in the pre-season International Champions Cup.

The last competitive fixture involving Liverpool and Milan was the 2007 Champions League final, which saw the Italian side claim revenge on the Reds for their Istanbul comeback of 2005.