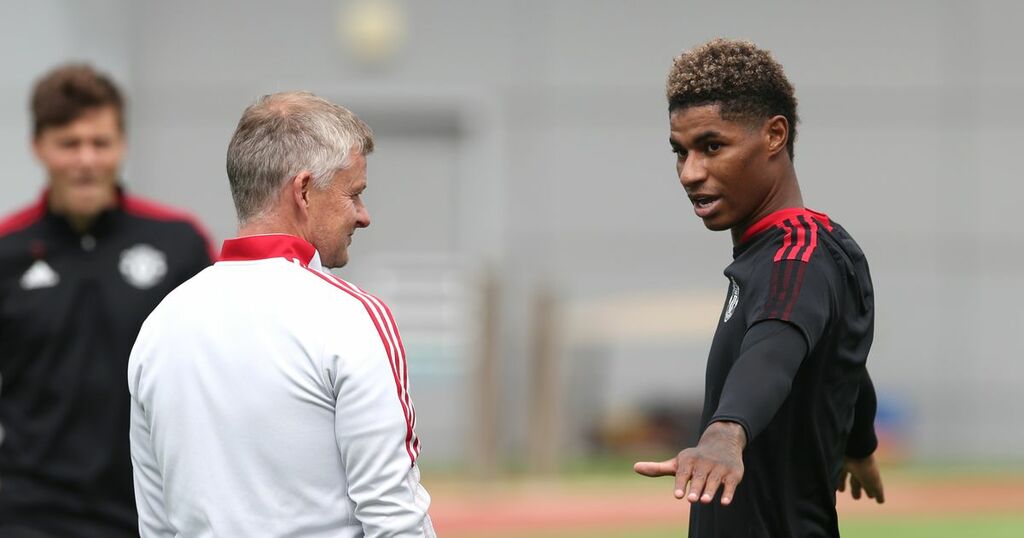 Manchester United have made a fair start to the season and will be looking to improve against Newcastle this weekend, aided by the return of some players from injury.

Ole Gunnar Solskjaer’s side destroyed Leeds United 5-1 on the opening weekend of the season thanks to a Bruno Fernandes hat-trick and four assists by Paul Pogba.

They then travelled to St Mary’s to take on Southampton but could only manage to leave with a point after a 1-1 draw.

In their final fixture before the international break, Mason Greenwood scored an 80 th minute winner to beat Wolves 1-0.

The result against the Midlands side was a great three points but unconvincing in some aspects, and the return of some summer signings should help them improve against Steve Bruce’s side at Old Trafford.

Here is the latest updated on some of the Red Devils’ recent absentees:

Some fans are sceptical about whether new signing Cristiano Ronaldo will be making his second debut for United this weekend.

The Portugal captain played 90 minutes against the Republic of Ireland over the international break, he scored two late goals to help his side to a 2-1 victory before ripping his shirt off in celebration and consequently being suspended.

The 36-year-old then returned to Manchester and looks set to feature against the Magpies.

Return date: available for this weekend

The big summer signing has endured a somewhat frustrating start to his Manchester United career, with his exploits at Euro 2020 causing him to have a shortened pre-season.

Sancho started his first game for the Red Devils prior to the international break, playing 72 minutes in the win at Wolves.

But his involvement in this weekend’s clash was thrown into doubt when the winger was withdrawn from England duty with an injury.

However, it is believed his absence was more of a precaution and is already back in training at Carrington.

Solskjaer will offer a fresh update on Friday, but he looks set to go on Saturday.

Return date: available for this weekend

Former England international Phil Jones has been sidelined with a knee injury for the last 18 months, and his absence is not expected to end any time soon.

Due to the length of the injury, Jones will be eased into light training before working before Solskjaer will be able to select him, though he is working with the first-team setup.

Goalkeeper Dean Henderson has been sidelined this season as he is suffering from long-Covid.

There has been no update on whether he will be available for this weekend or even games after that point.

Versatile forward Marcus Rashford has returned to training following surgery on his shoulder.

The road to full recovery is a long one for the 23-year-old is a long one and it is incredibly unlikely that he will be able in the next few weeks.

Rashford could have had the surgery sooner but instead chose to feature for England at Euro 2020, where he was used as a substitute in several fixtures.

Although minor, it was thought that the Scottish international would not be available for the Newcastle game.

However, the club website revealed that McTominay had returned to training and may feature as soon as this weekend.

Return date: Available for this weekend

Another player that the club website revealed was in contention to play this weekend is Alex Telles, who suffered an ankle injury in pre-season.

The Brazilian left-back only made nine appearances last season due to the good form of Luke Shaw, and it appears unlikely that he will be able to displace the Englishman any time soon due to his continuous quality performances.

Return date: Available for this weekend