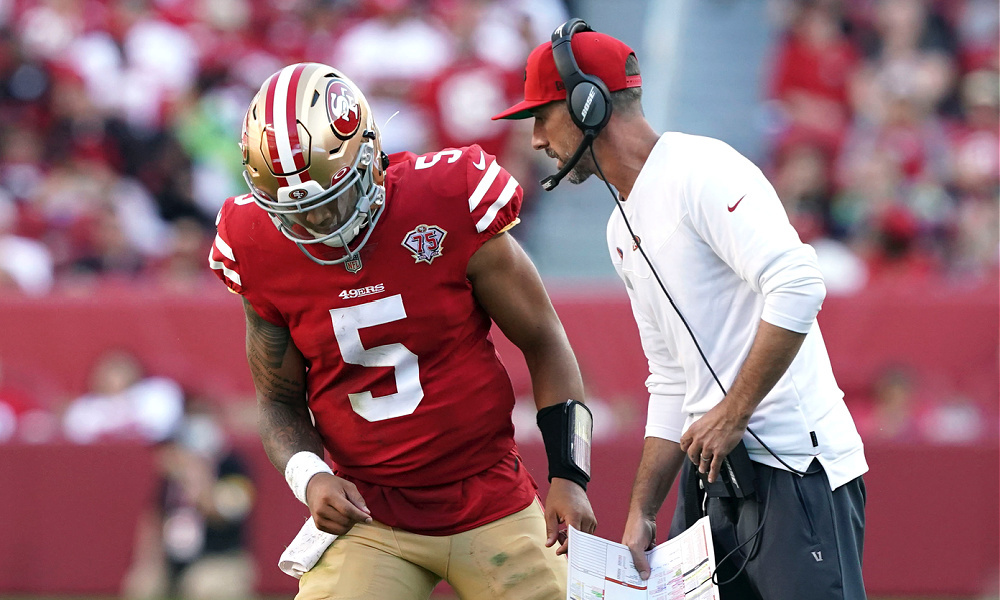 San Francisco vs Arizona How To Watch

Why San Francisco Will Win

The Trey Lance era gets going for real with Jimmy Garoppolo hurting with a leg injury, and he could be exactly what the offense needs against an Arizona defense with a whole lot of athletes and playmakers, but is a tad soft against the run.

Lance won’t be alone. Rookie RB Elijah Mitchell is expected to give it a go after missing time with a shoulder injury, the O line is about as right as it’s been in weeks, and …

Why Arizona Will Win

Can the 49er defense do anything to stop the machine?

San Francisco doesn’t force takeaways – just one in the opener against Detroit, and that’s it – and Arizona’s D comes up with a whole bunch of big plays.

Lance might be ready to put up some big moments and numbers, but he’s still a rookie – the turnovers will come.

Arizona has forced nine in the first four games, and that might be enough. It doesn’t have to come up with a whole ton of Lance mistakes, but two might do it because …

There’s no one playing better than Kyler Murray.

He’s got the Arizona offense humming. It’s the best in the NFL with close to 1,800 yards with 31 points or more in every game.

Lance will be good, but the Niners won’t be able to keep up.