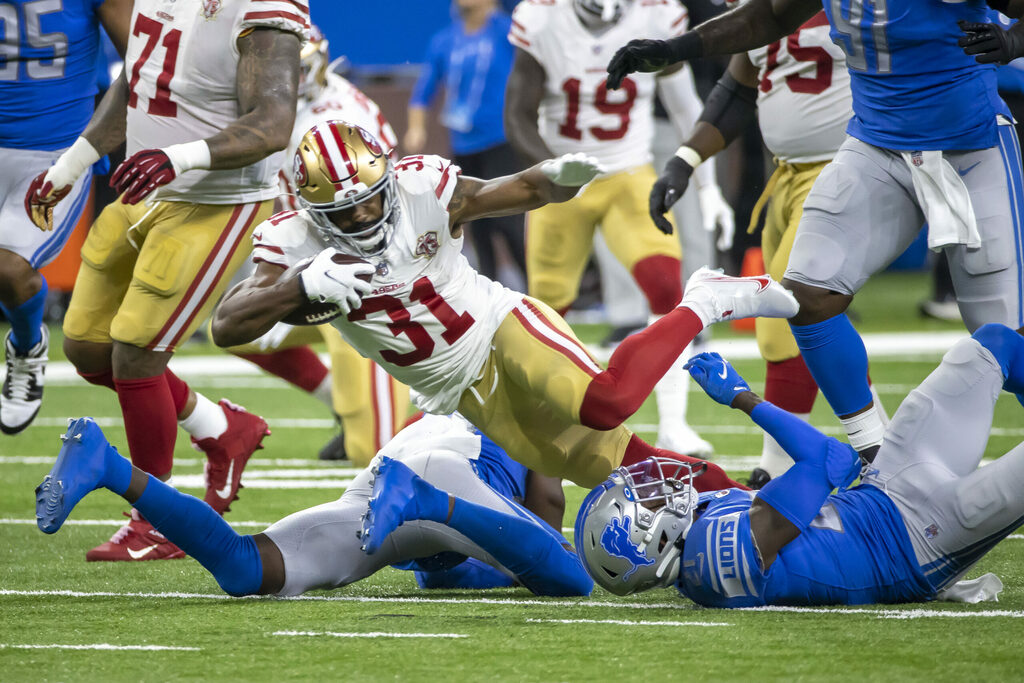 Injuries — and illness — in 2020 sent the San Francisco 49ers from Super Bowl representatives to the NFC West basement. Kyle Shanahan’s team has been hit again after its first week of this season.

Running back Raheem Mostert has been lost for the remainder of the 2021 season. He announced on social media Tuesday he will undergo surgery for a knee injury.

Mostert had two carries for 20 yards before leaving the 49ers’ 41-33 victory over the Detroit Lions in Week 1. He was originally deemed as questionable to return but that was overly optimistic.

The 49ers did get 104 yards and a touchdown from Elijah Mitchell in their victory over the NFC North doormats.