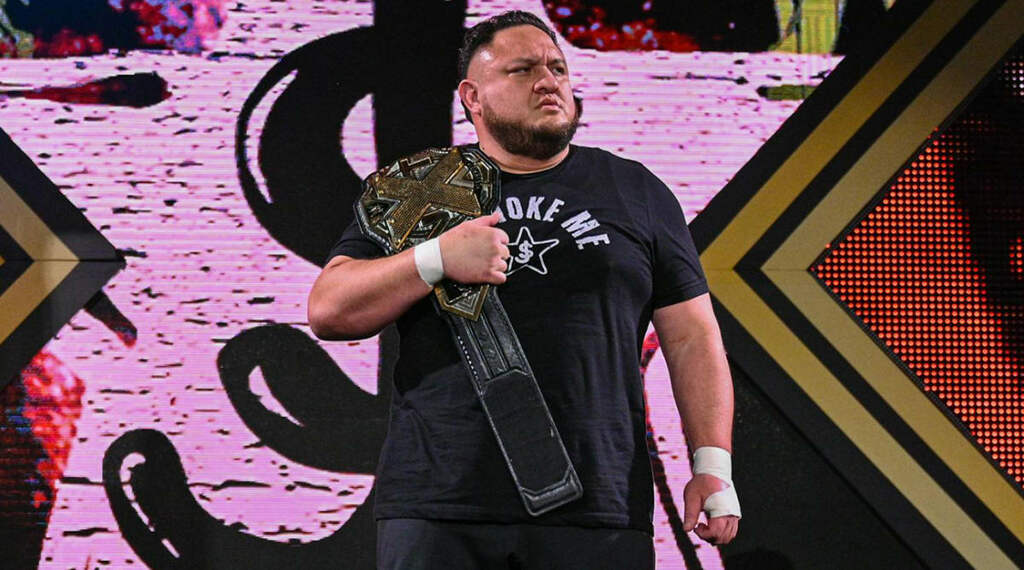 For the second time in less than a year, Samoa Joe has been released by WWE.

The 42-year-old Joe (real name Nuufolau Joel Seanoa) was among more than a dozen personnel released from the WWE Performance Center this week. News of his release was first reported by Fightful.

“Extremely fortunate and grateful to all the young & amazing talent I had the pleasure of working with in the past months,” Joe tweeted on Thursday night. “Only saddened at the loss of an ‘excuse’ to see their continued growth & achievement . I am very excited for there future,….. and mine.”

Joe was previously let go from WWE during a round of cuts in April 2021. But shortly after being fired, he was contacted by Paul “Triple H” Levesque about returning to WWE for a position in NXT.

After returning, Joe worked as both an on-screen personality and as a talent scout for WWE. He initially had the role of an authority figure in NXT before returning to the ring for an NXT championship match against Karrion Kross at TakeOver 36 last August.

Joe defeated Kross to win the NXT championship, but he never had another match for WWE. It was announced in September that Joe had relinquished the title due to undisclosed injuries. Joe said that he would only be out of action for a brief but undetermined amount of time.

Joe relinquishing the title coincided with the launch of NXT 2.0, a revamp of WWE’s developmental brand focusing on younger and less experienced talent.

Joe has been a star for WWE, TNA Wrestling, and Ring of Honor during his career. Due to concussion issues forcing him out of action in February 2020, Joe was working as a commentator for WWE prior to his initial release from the company. He was cleared to return ahead of his match against Kross at TakeOver 36.

Joe is a three-time NXT champion.

“With the continued evolution of NXT 2.0, we’ve decided to part ways with some of the staff based in our Performance Center,” WWE said in a statement. “We thank them for their many contributions throughout the years and wish them the best.”