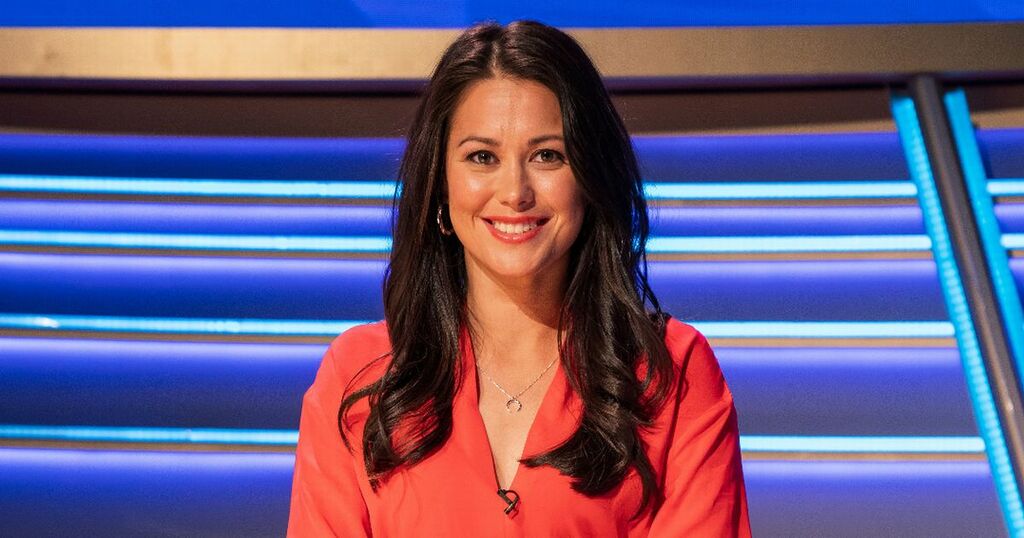 Born on the Wirral in Merseyside to an English mum and Singaporean dad, Sam dreamt of becoming a footballer. But instead, it was hockey that turned out to be her calling and she won her first international cap while at university.

Sam, now 32, was catapulted to fame at the 2016 Rio Olympics where she won a gold medal in hockey.

This not only earned her an MBE, but it kick-started a successful TV career. Sam has appeared on I’m A Celebrity and Celebrity MasterChef, and was a BBC pundit for the Tokyo Olympics.

Married to property entrepreneur Tom Mairs, who appeared on The Secret Millionaire in 2010, Sam gave birth to their daughter, Molly Doris, during a “traumatic” C-section five months ago. She had earlier gone through the heartbreak of a miscarriage.

Here, Sam chats about her new TV role and motherhood…

Thank you. I am very excited, delighted and honoured to be the first female captain, leading the way.

I always get nervous. I did before the Olympics final and before having a baby, but being nervous can be a good thing. I’ve grown up watching Question Of Sport and it’s just been brilliant. There is a bit of pressure but that’s a good thing because it will help me deliver. I want to be the best team captain.

This must be a dream come true…

When I was growing up there was a distinct lack of female sporting role models. I was really into football, so I used to say I wanted to grow up to be like Steve McManaman. I wanted to be one of those stickers in a kids’ sticker book – or make it onto Question Of Sport. After the Rio Olympics, I remember sitting down with my agent and he said, “Now that you’ve got a gold medal, let’s talk about opportunities. Is there anything that you really want to do?” And I remember saying I really just want to be on Question Of Sport.

How do you de-stress and deal with your nerves?

I just make sure that I’ve had enough food beforehand, so I’m not too hungry. And I like doing a few little warm-up questions before we go on – that makes a difference. As long as I’ve met the guests and everyone is getting along backstage I can just relax and join in, knowing they will get the best out of me then.

Have you had any good wishes from Phil Tufnell or Matt Dawson?

Yes, they’ve been in touch on Twitter, which was really cool. When you see them on the show they come across as warm and friendly. They’re exactly like that in real life.

So how is filming going?

On the first day of filming I was a little bit nervous and anxious to get started. But our guests were great and being beside Paddy was great – we all got on like a house on fire. It all felt so natural, as if we’d known each other for ages.

Your husband must be proud…

I have been so lucky with Tom. He’s been so supportive throughout my whole career. Honestly, I probably wouldn’t be in this position if it wasn’t for him. Whatever I need, he’s there for me. Whether it’s helping me prepare, or asking me questions on sport and testing me, he’s just been faultless throughout. And he’s great with our daughter. She’s five months old now.

Is working with a baby doable?

Yeah, it’s all doable. Work is really important to me. I mean it’s hard, don’t get me wrong, because you miss them. But at the end of the day, it shouldn’t be something that holds you back. The team at Question Of Sport have been so accommodating about her, too, offering to do things around our schedule and saying I can bring Molly with me. They’ve been fully inclusive. So Molly is going to come to visit me tomorrow and then next week for a few days. So between Tom and my family, we just make it happen.

Do you think you might have more children at some point?

To be honest, I come from a big family, and so does Tom. I would love to have more children, there’s no hiding that fact. I’d definitely like more when the time is right. When it happens, it happens. But there’s never a right time; I filmed Who Wants To Be A Millionaire? one week after Molly was born!

Do you keep in touch with everyone from I’m A Celebrity?

This has been a very big year for you, hasn’t it?

I’ve got so much I’m thankful for. Molly was quite hard to conceive, but we got her, and then presenting the Olympics was just like another dream. I thought something like that might not happen for maybe another 10 or 15 years. To come straight from that into QOS, I couldn’t have wished for a better year, to be honest. My parents are coming in later today to watch filming and I can’t wait to see their faces – it will be like the first time they watched as I put on an England shirt to play hockey!

A Question of Sport airs on BBC 1 every Friday at 7:35pm