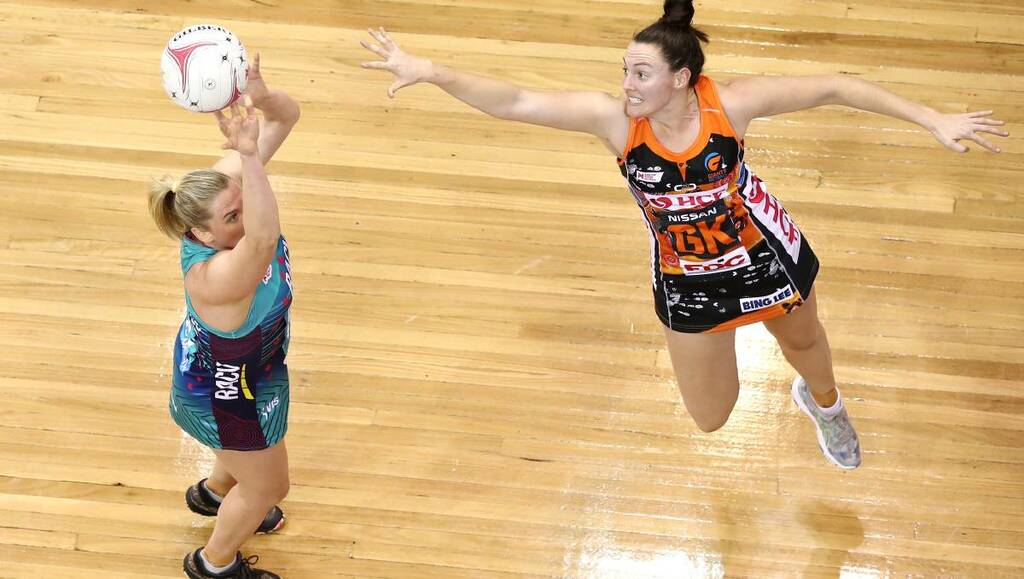 Sam Poolman was happy to be leaving elite netball in better shape than when she started after announcing her retirement on Sunday.

The Newcastle 30-year-old has called time on her career after nine seasons of playing at the country's top level.

Poolman made her national league debut with Adelaide in 2013, when she was part of the Thunderbirds' championship winning side.

The circle defender joined the Giants as a foundation player in 2017 and has been a reliable and consistent member of the team. Poolman has played in every Giants match, including grand finals in 2017 and again this year.

But her impact has not only been felt on the court. As a representative on the Australian Netball Players' Association board, Poolman has helped negotiate important pay deals for players.

"I'm proud of myself achieving what I have as a country kid," Poolman said. "I'm proud of my values, my character to commit to something and show people the importance of that.

"Some elite players can hang up their bib and say all of the wonderful achievements they've had in terms of gold medals and premierships. I'm most proud of what I've contributed to the sport in terms of community space, charity, the players association and creating legacies.

"While it is important and I am proud of myself in terms of my on-court playing career, what I've contributed off court makes it special to me and is what makes me happy."

The decision came after an "exhausting" season. The coronavirus pandemic caused panicked, last-minute pack-ups, weeks of quarantine and hub life on the Gold Coast away from family.

Despite the disruptions, coach Julie Fitzgerald believed Poolman "has played some of her best netball this season".

The Novocastrian was pivotal to Giants securing the minor premiership and booking an all-NSW grand final showdown with the NSW Swifts. The Swifts won the decider 63-59 on August 28.

"The club were in complete shock when I told them of my decision, and it's nice that they think that I still have more to give," Poolman said.

"I guess that's a reflection on my season, which is exactly the way I wanted to go out, by showing my worth and my ability. I've done everything that I wanted to do. Starting and finishing on a grand final, 100 games, the impact that I've had in terms of our netball charity, being a part of the board, and everything in between."

Poolman, who lives at East Maitland, will continue to be involved in netball as the Giants Academy assistant coach and through Aspire Netball, a development program for netballers in the Hunter region.

"I still have a lot of passion for this sport," Poolman said.

The re-signing window for 2021 contracted players closes on Monday before teams are able to sign free agents from across the competition. Super Netball squads for 2022 will be finalised by October 8.