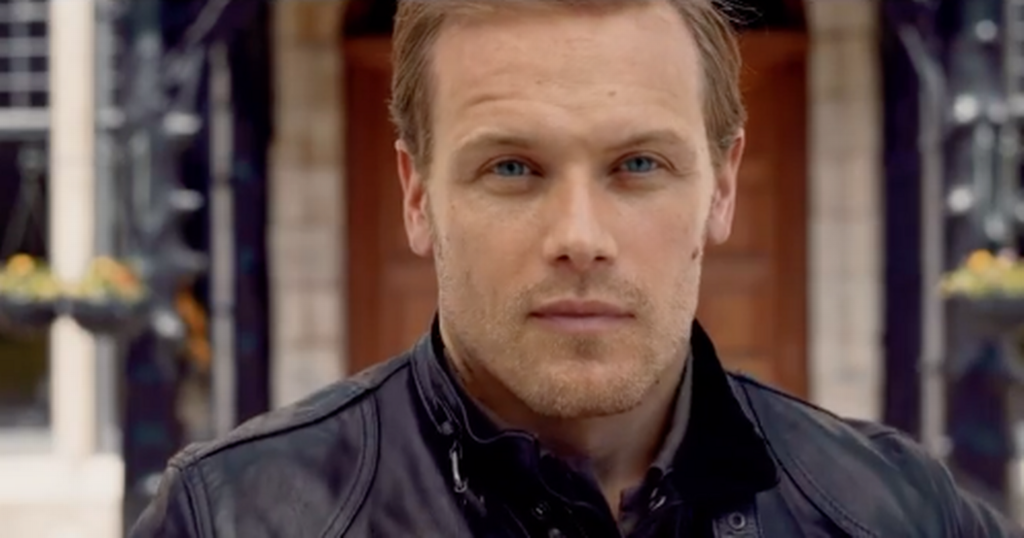 Sam Heughan has sent his fans wild with his latest video shoot for Sassenach whisky.

The Outlander actor shared the footage on his Instagram, where he can be seen riding on his Harley Davidson motorcycle through the very scenic Scottish Highlands.

Once he arrives at his destination, the 41-year-old actor pulls out a bottle of his Sassenach whisky and his voiceover says 'Sassenach, spirit of home.'

The whisky, which is named after the nickname for Caitriona Balfe's character in Outlander, is massively popular and sold out on its first run.

So fans were literally jumping for joy when he revealed it was once again available in the US.

On his post, Sam said: "ITS HERE!!!!! Our award winning limited batch whisky is available in the US! From prestigious awards to those trying a dram for the first time…critics and consumers alike agree, The Sassenach is pure Gold!"

And fans couldn't contain their excitement, with one going as far as saying that the bottle could be filled with 'urine' and she would still buy it.

One wrote: "I just love everything about this video."

Another added: "That could literally be a bottle of urine and I would buy it from you."

While another commented: "Someone call an ambulance, I'm dead!"

And one said: "I don't drink whisky, but damn, pour me a glass."

And one fan gushed: "Oh goosebumps."

The Scottish actor announced the decision to launch the spirit business in an interview with The Scotch Malt Whisky Society (SMWS) published in 2019, describing it as the "first stop is obviously the lifelong dream of having my own dram".

He's also previously joked that whisky makes you "thinner and happier", but added that the real reason he loves whisky is that it reminds him "so much of home".