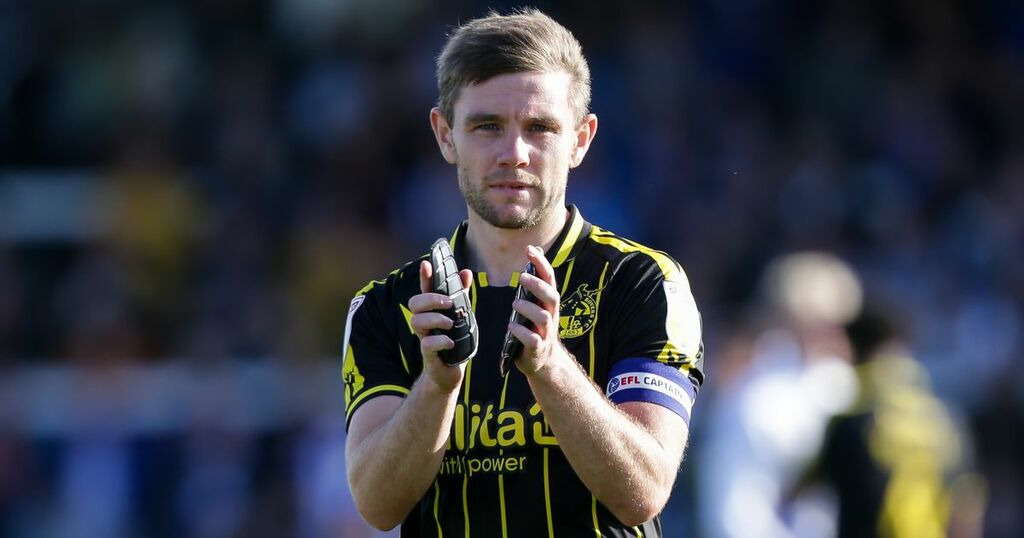 Sam Finley has called on his teammates to show more courage on the ball away from home to put an end to Bristol Rovers' woes on the road.

Joey Barton's Gas fell on Saturday to their fourth League Two defeat in seven games to start the new season, extending their run without a win away from home to 17 matches stretching back to December 2020.

At Hartlepool United at the weekend, Rovers plugged away in a scrappy game but were beaten 1-0 after Jamie Sterry dispossessed and punished Harvey Saunders.

Finley told reporters he was "sickened" by the result at Victoria Park, and demanded his teammates put more faith in their quality on the ball in future.

"Disappointed," the stand-in skipper said. "Another individual error cost us. The lads battled hard. It wasn’t a pretty game and it was never going to be coming here with Hartlepool’s style of play.

"Winning second balls and battling, I think we did that for 60-70 minutes until they scored and then it was a different story. We were chasing the game.

"It’s massively disappointing coming here and losing. We need to start working on our away form.

"It’s obviously not good enough and I think we need to be a lot braver on the ball.

"We can’t wait to go 1-0 down to start playing football. We need to do that from the off."

The midfielder's assertion that Rovers need to start doing more with the ball on the deck will have Gasheads nodding in agreement, with recent performances on the road lacking in authority and quality in possession.

Rovers' recruitment over the summer has left many supporters concerned over Barton's strategy, but they have more than enough good players to potentially do damage to all sides in the division and it makes total sense for them to trust their quality than continually getting dragged into ugly, physical battles more than necessary.

Finley insists Rovers' travel sickness is not playing on the minds of the players, given the enormous overhaul of Barton's squad this summer.

"It’s a whole new squad and you can’t keep mentioning last season because that’s got nothing to do with us and the lads that have come in the building," the midfielder continued.

"I know for the club and the fans it’s disappointing, but it’s got nothing to do with the squad and we just need to focus on this season now and start getting better away from home."

Finley has captained Rovers in their past three games, and the former Fleetwood Town man is relishing the challenge.

"It’s special," he said. "With Couttsy (Paul Coutts) not playing, the gaffer gave it to me. I thought it was going to be Mark Hughes as he’s been vice-captain in recent weeks, but it’s an honour to wear the armband.

"It’s disappointing not to pick a result up for the club and with the armband on it feels even more sickening.

Finley has become the mainstay in the centre of Rovers' midfield, and he believes the club are blessed with good options in that position to steer the Pirates up the table.

He said: "I played with Glenn (Whelan) before at Fleetwood and it’s a pleasure to play with him. He’s a wise head in the middle of the field and he’s got some unbelievable experience in the middle of midfield.

"Evo (Antony Evans) is quality. He’s got quality going forwards and great quality from dead ball positions and I think he’ll score a lot of goals for us this season.

"That’s with Couttsy and other midfielders on the bench and still to come into the fold, so that’s the gaffer’s headache to have, but it’s always good to have a (selection) headache than no headaches."

Saunders' error cost Rovers dearly at Victoria Park and Finley has his sympathies. He backed the 24-year-old forward, who has filled in at left wing-back of late, to make up for his mistake in the coming weeks.

"It was a tough shift for him down the left side," Finley said. "He’s played numerous positions for us and he’s still only young, so he’s got a lot to learn.

"He was helping track back all afternoon and I think that took its toll on him going forward because his legs were gone with the tracking back and winning second balls and helping Nick out at left-back.

"It happens. Individual errors happen all the time and it’s all about pulling your mate out of trouble, and we never did that on Saturday.

"We've got enough wise heads to know it's not a case of getting on him and he will pay us back over the course of the season with goals and driving us forward and creating chances.

"It isn't like that. It's not about having people by the throat, it's not our scene, but Harvey will know deep down what has gone on and maybe Nick (Anderton) could have helped out, but they will pay us back over the course of the season."