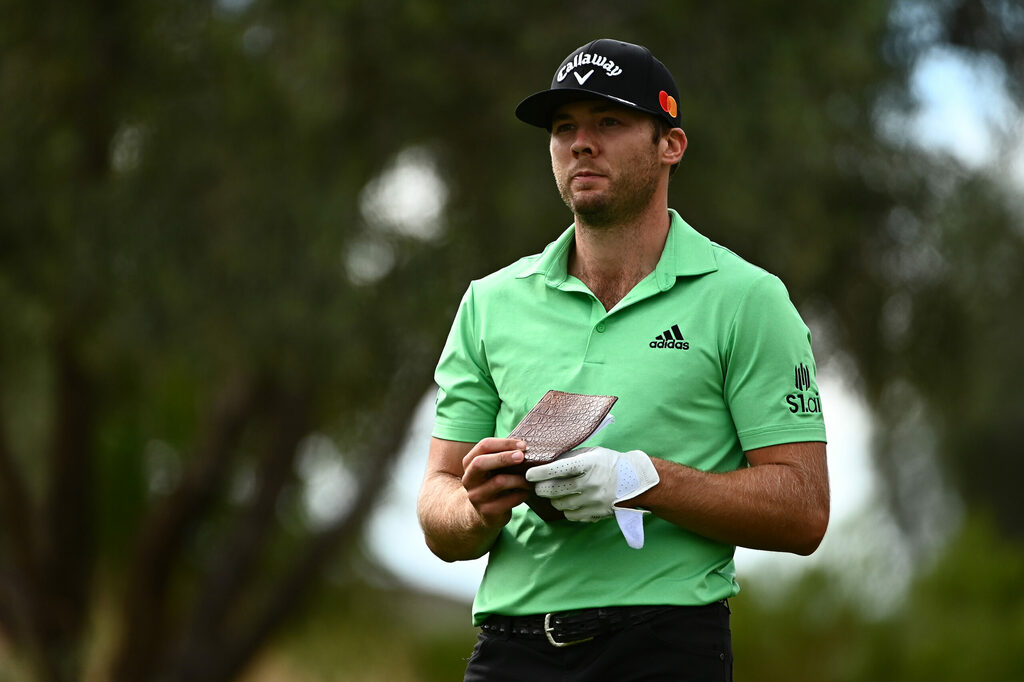 LAS VEGAS – When Sam Burns missed the cut in the American Express, his first start in the 2021 calendar year, he fell to 168th in the Official World Golf Rankings.

Now he might be the second best player on the planet.

World No. 1 Jon Rahm is the undisputed best player in the world, but Burns is certainly in the conversation for second best. He continued his torrid ascension toward the elite ranks in the game as he kept on assaulting par in Friday’s second round of the Shriners Children’s Open at TPC Summerlin.

With an 8-under-par 63, Burns moved into the clubhouse lead at 13 under. It was his eighth consecutive round in the 60s, with four of those coming last week en route to his victory in the Sanderson Farms Championship.

He’s moved to No. 18 in the world and is in good shape to win his third PGA Tour title, his first coming in May at the Valspar Championship.

“I feel comfortable,” Burns said. “At the end of the day it’s golf. It’s not anything crazy. So I just try to keep it as simple as I can. I think for me, just coming out here and enjoying myself, having fun, that’s what we’re supposed to do out here, right?

Despite moving up 150 spots in the world rankings in just over 10 months and winning two PGA Tour titles and finishing runner-up twice, Burns hasn’t heightened his expectations. He’s still the same guy who woke up 168th in the world, the same guy intent to improve week by week.

After opening with a 66, Burns nearly holed out from the fairway on his first hole in the second round – the par-4 10th – and settled for a tap-in birdie. He added seven more and has 15 birdies against a lone double bogey on the week.

Burns didn’t burn himself out celebrating last week’s win. He had a nice celebration with friends and family in the clubhouse Sunday night, drove home and saw his parents.

And then he started getting ready for this week.

“Last week’s last week,” Burns said. “This week is Shriners and preparing for this week, trying to make sure Monday, Tuesday, Wednesday, that we are giving ourselves the best opportunity to play well this week. That’s been the biggest thing, is just trying to move on from last week. Obviously incredibly honored that I won last week and such a fun time, but just trying to kind of leave that there, come here, and just preparing the best that I can.”