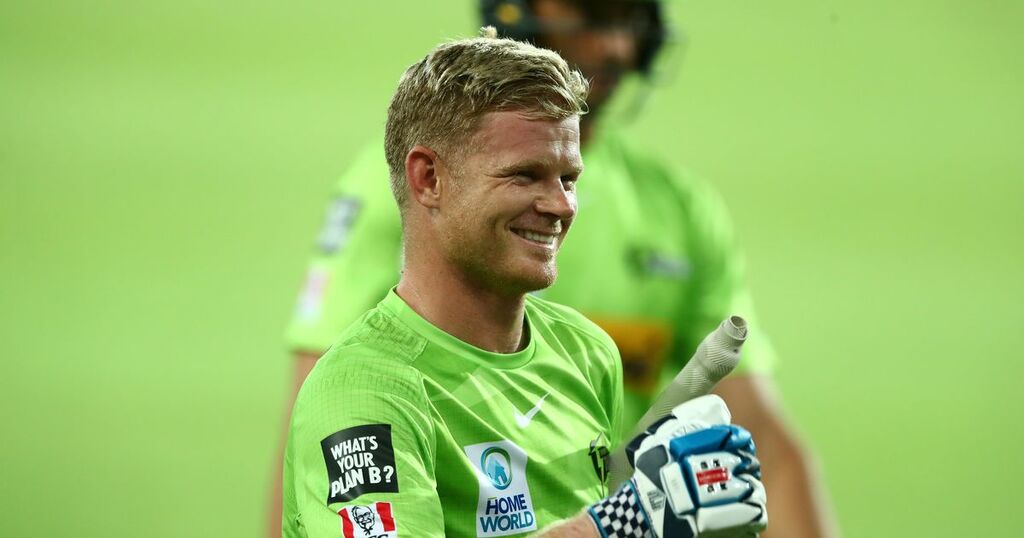 After both Jos Buttler and Jonny Bairstow picked up hand injuries in the fourth Ashes Test in Sydney, England drafted Sam Billings into their squad for the final Test in Hobart.

Billings was already in Australia playing the Big Bash League for Sydney Thunder and he was set to fly home to UK before joining up with England's T20 squad in the Caribbean later this month.

However, just 90 minutes before he was due to leave the country, England came calling and asked him to drive down to Sydney from the Gold Coast.

Due to Covid protocols, Billings was unable to take a flight and instead made the long journey in a rental car.

Speaking to BBC Test Match Special, Billings said: "I thought it was a joke. I was due to go to Brisbane airport to fly home, instead I went to Gold Coast airport to pick up a rental car and I was on my way.

"It's been quite a long drive, I'm not going to lie. People don't realise how big Australia is. It really is vast.

"It's been a motorway through lots of trees, hills and rivers. It's been pleasant - better than the M25."

Should both Buttler and Bairstow be unable to keep wicket in the fifth Test, Billings is likely to make his debut, although assistant coach Graham Thorpe did admit Ollie Pope could take the gloves instead.

"It would be a very Sam Billings thing to do to drive nine hours to run the drinks," Billings added.

"At the age of 30, you're no spring chicken, but you do have a really good idea of where your game is at. If needed, I'm ready to go.

"I've had to bide my time in terms of an opportunity or consistent game time. I'm really enjoying my cricket, to have the chance to play and not run the drinks - I've done that too much.

"I want to prove not only to myself but also to other people that I'm not just a fill-in, I am good enough to warrant a place in the side.

"If that opportunity does arise I've got no pressure on me. It's something no one really expected and I've got nothing to lose. That's a great place to be, and sometimes when you play your best cricket."