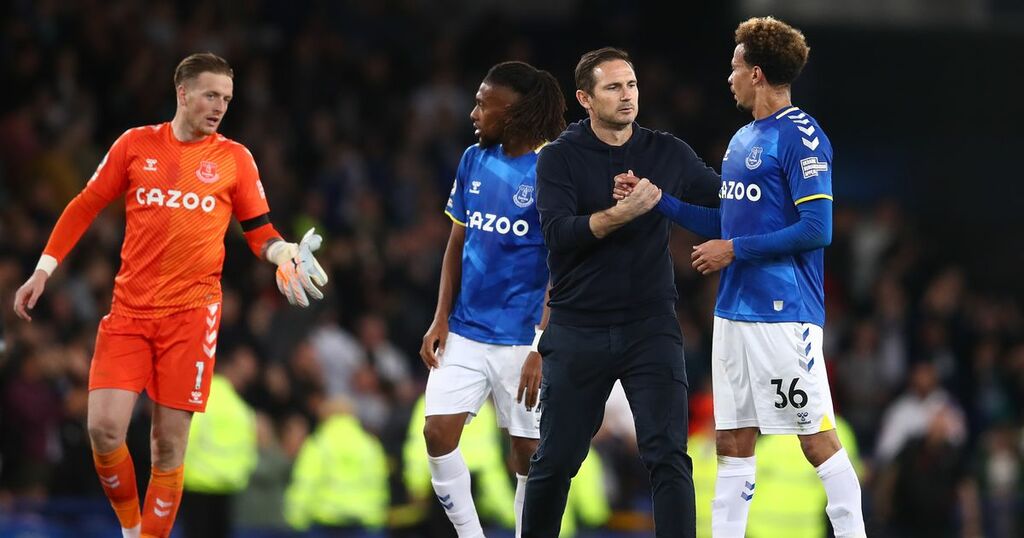 Salomon Rondon admits ensuring Everton and their “incredible fans” remain in the Premier League takes priority over his scoring statistics while revealing that he’s bulked up during his time at Goodison Park. The striker joined the Blues on a free transfer on deadline day last summer but after previous spells on these shores at West Bromwich Albion and Newcastle United, hitting double figures in three of his four seasons, this has so far been his lowest scoring campaign in England.

Brought in by Rafael Benitez, Venezuelan international Rondon, who had previously played for the Spaniard at both St James’ Park and Chinese outfit Dalian Pro, netted his solitary Premier League goal of the campaign to date under his stewardship, in a 3-1 defeat at Crystal Palace in December. The 32-year-old has yet to find the net in the Premier League under Frank Lampard but bagged a brace in Everton’s 2-0 FA Cup fifth round victory at home to non-League Boreham Wood.

While he’d obviously like to be more prolific, Rondon acknowledges that there are more pressing needs than players’ personal figures right now. Speaking in an interview for the official Everton v Brentford matchday programme, he said: “My relationship with the supporters has always been massive. The way they are is incredible, with so much love for Everton.

READ MORE: 'We are not' - what Everton dressing room thinks about 'fight' for Premier League survival

“As a fan, you want all the players to do their best, to give everything. I told myself I had to keep going and I did. When I finish every training session, I am happy, because I did my best.

“Every chance the gaffer gives me in games, I have to do the same. It is what I am doing and the fans can see it. The reception is good when I come on.

“Of course, as a striker, you want goals and assists. I have only three for Everton.

“But the gaffer said, in this situation, I have to support the team, hold the ball and link with my teammates. The only important thing is that Everton stay in the Premier League, for this amazing club and for our fans.”

Meanwhile, Rondon, who back in the autumn had reportedly embarked on a hard-hitting new training regime involving boxing, spinning and extra cardio work, confirmed that he is now in better shape than when he first arrived. He said: “The change in how I feel now from when I signed is massive. I feel really good, much sharper.

“When I came, I weighed 90kg, but I was skinny, without muscle – now I am 92kg and feel stronger. I like to fight with defenders and hold them off, link with my teammates and play facing [the game, with back to goal].

“I feel good and will try to keep the same level. Sometimes, not playing is difficult, the kilos can go up, or they go down because you are losing muscle.

“There are many things around football people don’t see. That is normal. They want to see the strikers scoring and the team winning. You must always be professional and work hard.

“Football is a short career and it is beautiful for me. I learned a lot from this ‘job’. Football is my passion, my life.”

Salomon RondonEvertonEPLFrank LampardGoodison Park
Sign up to read this article