Salford city mayor blasts Government over new influx of asylum seekers at hotelSalford city mayor Paul Dennett has blasted the Government after he was told a hotel in the borough is to accommodate 238 asylum seekers in the next two weeks. The Home Office has asked the Local Democracy Reporting Service to withhold the identity of the hotel on grounds of public safety.

Mr Dennett described the 'sudden announcement' as coming as an 'absolute shock', voicing concern about the lack of consultation from the Government. He went on: “Salford is happy to take its fair share of asylum seekers - but why, when this city already houses more than four times the national average, are we being put to the front of the queue when wealthier areas in the south of England are not taking any of the pressure themselves?

“My understanding is that the site visit by SERCO carried out on Wednesday was conducted without consultation. Only four staff on site will be responsible for managing this large number of people."

Last year, Salford city council received an apology from the Home Office after the placement of 160 Afghan refugees in the city led to an outbreak of tuberculosis (TB). A series of medical checks found that many of the asylum seekers had been incorrectly categorised as adults at the border and were actually children.

Mr Dennett added: “After our previous experiences with government these apologies are not worth the paper they are written on.

"Sadly, this announcement is emblematic of the Government's approach to the placement of asylum seekers and refugees, in a system which is not fair either for the refugees themselves or the communities they are sent into.

“These asylum seekers will not be allowed to work, and beyond food and board will be expected to live on £8.30 a week in an area where a weekly bus pass will cost £12.

"This is a recipe for social isolation and exclusion, and it's happening because the Government uses a dispersal policy which is solely focused on finding the cheapest accommodation, without concern for anything else.

"The cheapest accommodation is found in the poorest areas of our country - which means that all of the resource burdens of housing asylum seekers is placed on the areas which have the least resource to help.”

Conservative councillor Adam Kealey said: "We are really concerned with the plans to use this hotel into an exclusive hotel for asylum seekers.

"Many residents have contacted us with concerns about the proposals and we are asking that this plan be immediately withdrawn."

A Home Office spokesperson said: “The Home Office does not comment on operational arrangements for individual hotels.

“The use of hotels to house asylum seekers is unacceptable and we are working with local authorities to find appropriate long-term accommodation across the United Kingdom.”

They said the use of hotels to house asylum seekers costs the UK taxpayer more than £5million a day, adding: "The Home Office continues to provide safe accommodation for destitute asylum seekers.

"Accommodation providers, in consultation with local authorities, are responsible for identifying suitable temporary accommodation that can be used for this purpose."

The row kicked off when the council received a letter from the Home Office on September 15 informing it about the proposal to use the hotel to house asylum seekers.

A senior council official met with lead officers from the Greater Manchester Combined Authority and a meeting has been arranged with Home Office officials for next Wednesday (September 28).

A letter to city councillors from Janice Lowndes, Salford's assistant director people and communities, seen by the Local Democracy Reporting Service, said: "There is not a lot of information at this point but what seems likely is that the hotel will be used exclusively to accommodate the asylum seekers.

"We are not aware of who will be accommodated but understand that it is likely to be single men of a range of nationalities, based on the fact that 70 per cent of asylum seekers are single men and Home Office tends to place men together and families and women together.

"We don’t have a date for arrival and the length of stay, but we do know this is first accommodation so people newly arriving in the country, so likely to be very soon."

She said the Home Office has responsibility for providing and paying for all the services. Local authorities do not receive any funding and the asylum seekers will register with local health services. 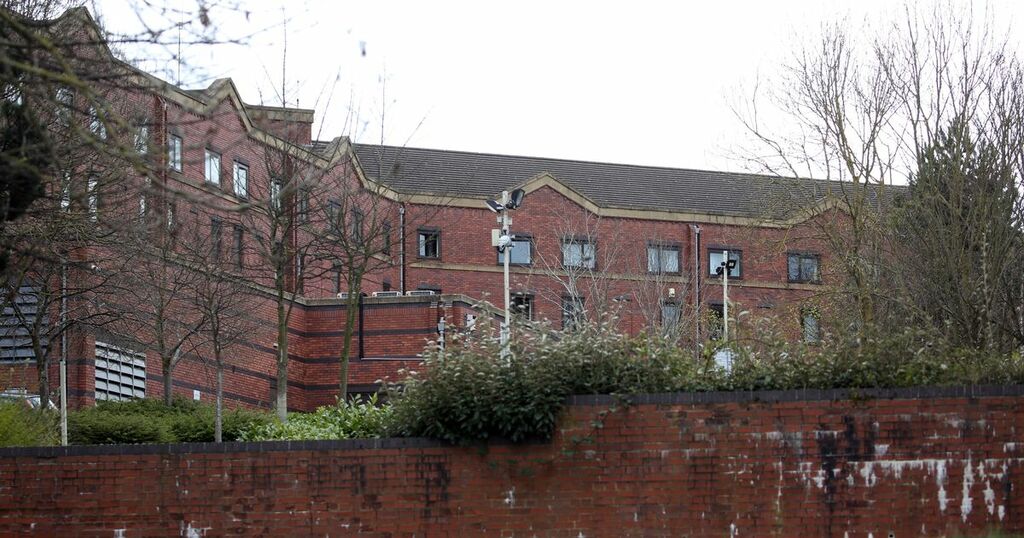 'Isolated' refugees in Newcastle hotels left without fresh food and basic Covid protection during lockdown
A charity has called the use of hotels as asylum seeker accommodation “an inhumane way to treat people fleeing persecution”,…

Chronicle Live
From analysis to the latest developments in health, read the most diverse news in one place.
Former colleagues pay tribute to ex-city councillor who 'embodied the virtues that the Queen had'

Flag at city council headquarters continues to fly at half-mast

A public consultation on the plans has been launched

There are few places in the U.S. with a more deeply ingrained reputation as a refuge for immigrants than New…

The Independent UK
One place to find news on any topic, from hundreds of sites.
'Selfish' Mercedes driver caught dumping trampoline mat and pile of rubbish in Greater Manchester street

Ghulam Ahmadzai, of Fallowfield, was fined £400 and ordered to pay £1,140 court costs