Portugal has blocked the sale of an £8.5million Algarve villa believed to belong to sanctioned Russian oligarch Roman Abramovich.

Foreign Minister Joao Gomes Cravinho confirmed at the weekend the six-bed villa on the exclusive 800 acre Quinta do Algarve residential estate has been “frozen”.

Endorsing reports that an investigation was underway into the Chelsea owner’s alleged ownership of the villa through an offshore holding company, Mr Cravinho said: “Sanctions are taken seriously by Portugal and any sanctioned individual deemed to have property or assets in Portugal will always be investigated and the assets frozen if confirmed.”

Speaking ahead of an informal Nato meeting in Berlin, he said: “In this case we have the strong conviction... that the property belongs to Roman Abramovich. It has been frozen, which means it cannot be sold, mortgaged, or rented out for any type of financial gain.”

Portuguese press are reporting that concern was raised after a UK-based millionaire applied for a mortgage loan to buy the property as a holiday home. The businessman has been identified locally as a Hertfordshire-based trader.

The newspaper has named the vendor as Millhouse Views LLC and described that company’s owner as an offshore investment holding firm belonging to Mr Abramovich called Millhouse LLC.

The freezing order is said to have been put in place on March 25 following an initial investigation by a Portuguese police financial unit and government officials.

Portugal’s Foreign Minister has indicated the ongoing probe has not yet highlighted any other assets in the country linked to the Russian oligarch, although he has admitted there are difficulties in establishing who are the real beneficiaries of certain properties linked to offshore firms.

Last month it emerged Mr Abramovich had more than £5.4 billion worth of assets frozen in Jersey and 12 luxury properties including a near £100 million villa that was once King Edward VIII’s holiday home, seized by the French government.

He was subjected to UK sanctions in March after ministers accused him of having “clear connections” to Vladimir Putin’s regime.

The Chelsea owner’s £430 million superyacht Solaris fled Barcelona Port two days before he was sanctioned by the UK government.

It later emerged a Lithuanian activist had tried to attack the oligarch’s 460ft luxury vessel before it left for a safe haven in a protest against Russia’s military invasion of Ukraine.

The Blues are being taken over by American billionaire Todd Boelhy.

The mogul and his consortium signed an agreement to buy Saturday’s FA Cup final losers in a deal reportedly worth around £4.25 billion.

Chelsea have confirmed Mr Boehly met with manager Thomas Tuchel and the squad on Thursday at the club’s training ground.

Mr Abramovich was granted Portuguese citizenship in April 2021 based on a law offering naturalisation to descendants of Sephardic Jews who were expelled from the Iberian peninsula during the Inquisition.

It is one of many cases currently under criminal investigation in Portugal in a probe which led to the arrest in March of the Rabbi accused of helping the Russian billionaire gain citizenship. 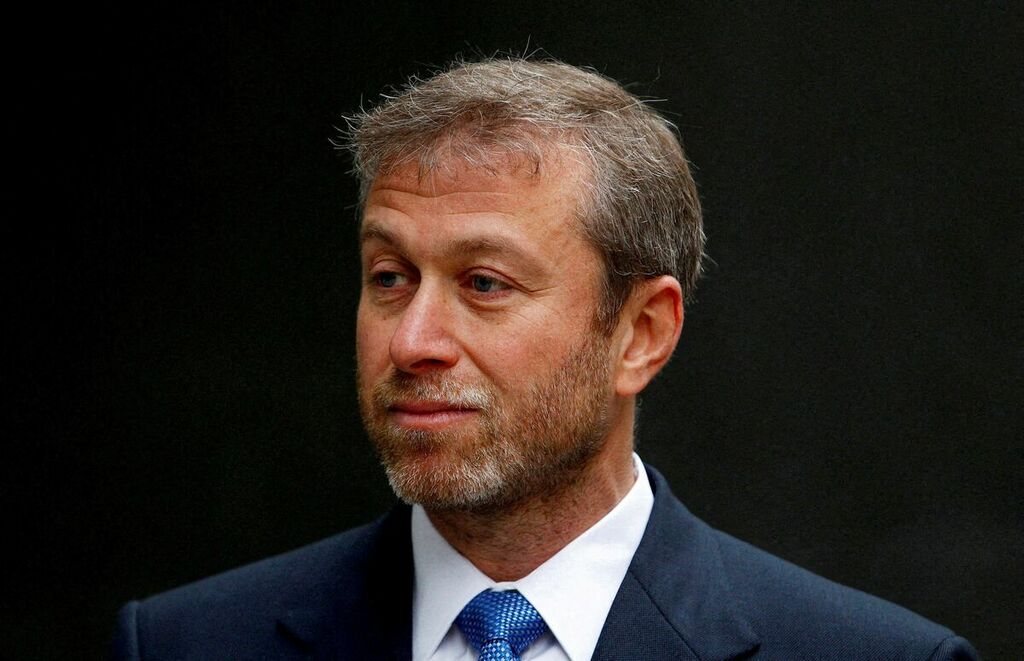 Reuters
One subscription that gives you access to news from hundreds of sites
Portugal blocks sale of Abramovich mansion, Publico newspaper says

The government is concerned that the £4.25bn takeover of Chelsea by Todd Boehly’s consortium could break down because of the…