Salads that are a dinner in themselves

What salads are satisfying enough for dinner?
Matthew, Birmingham

“Big, beautiful, non-boring salads are such an important category,” says Melissa Hemsley, whose latest book, Feel Good, was published last week. And, she says, they can be achieved with just beans, bread and a bit of prep. “Roast butter beans, maybe with some harissa and honey to get them nice and sticky. Crouton the hell out of a baking tray of old bread. Roast any veg you’ve got. Batch-cook maftoul, quinoa or wild rice for bulk. And make good use of eggs.” The beans and croutons (we’re talking big ones here) could then, for example, form the base of a caesar-tahini salad. The next day, “toss tomatoes with cannellini beans or chickpeas, maybe with a sticky, harissa-maple dressing, then smash whatever croutons you’ve got left over into breadcrumbs and sprinkle them on top.”

Gelf Alderson, author of River Cottage Great Salads (out in June), meanwhile, turns to small beetroot. Just don’t boil them, he says, because “they roast really nicely”, especially with tamari soy sauce. Then, just before the beets are cooked, scatter over a few seeds and add a dash more soy for good measure: “Those seeds come up a bit like Twiglets, so you get this deep, punchy flavour that satisfies the protein part of your brain.” Eat with pickled beetroot, if you have some – “they act as a dressing” – and a creamy cheese such as cottage or goat’s: “Beetroot loves that kind of stuff.”

Roasted broccoli is another Hemsley favourite, particularly with feta. “Pierce or halve wrinkly, leftover lemons, throw them on to a baking tray and roast,” she adds. “Then squeeze them all over the top at the end.” Freekeh or buckwheat will provide substance, then raid the fridge for a dressing. You might, Hemsley says, unearth some harissa to stir through sun-dried tomato pesto, say, or find the ends of an almond butter or tahini jar, in which case “pour in olive oil and lemon juice, and give it a good shake”. If broccoli isn’t your thing, swap it for coronation cauliflower or chicken. Speaking of which, if you have any chicken left over from the Sunday roast, Hemsley suggests shredding it into a “kind of mimosa salad” – “Boil eggs, peel and chop, then toss through the meat with some beans.” As always, it’s worth boiling more eggs than you need: “Lovely, jammy eggs make any salad heartier.”

The same rings true for potato salad. For spuds you’ll like, Alderson roasts Jersey Royals in oil and curry spices, and adds chopped eggs and “any kind of leaf you can get your hands on”. You don’t need to mess around with a dressing, either, because the oil and spices mean “it kind of dresses itself”. What will help, however, is a good squeeze of citrus at the end.

Chickpeas (with red chicory, chilli and orange, in Alderson’s book) and lentils also add instant satisfaction and body to salads, as do noodles. “I love a cold buckwheat noodle salad with the ends of a peanut butter jar, a bit of ginger, soy and sesame,” says Hemsley, who also chucks in broccoli, eggs or whatever’s left over from the night before. Now that’s using your noodle. 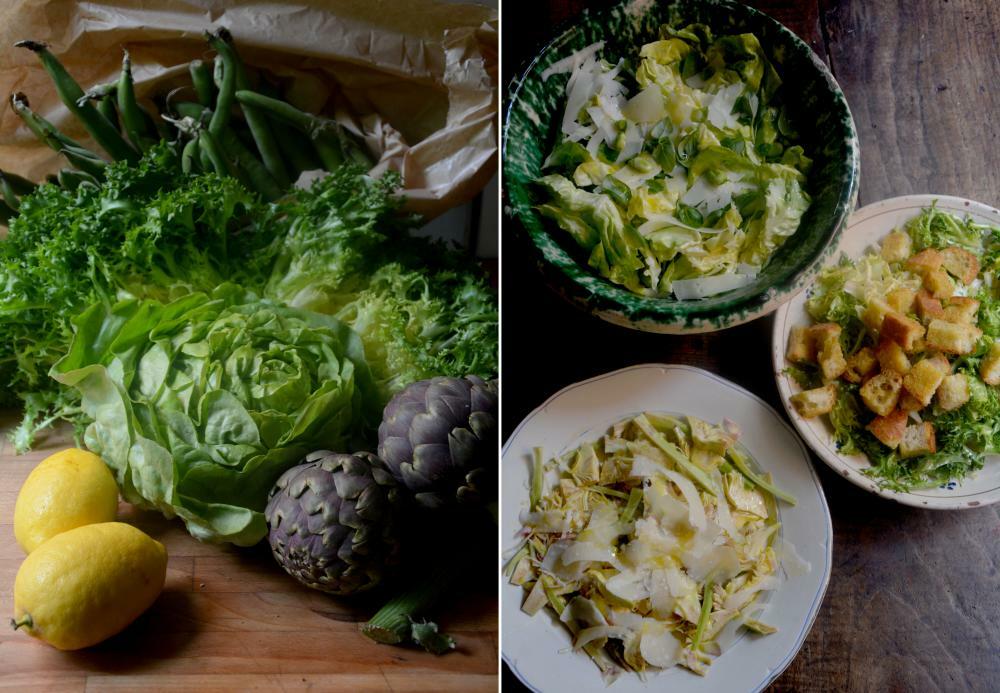 The Guardian - UK
One subscription that gives you access to news from hundreds of sites
How to make the perfect gado-gado, Indonesia’s super-salad – recipe

A salty-sour riot of textures and flavours that’s so good, they named it twice