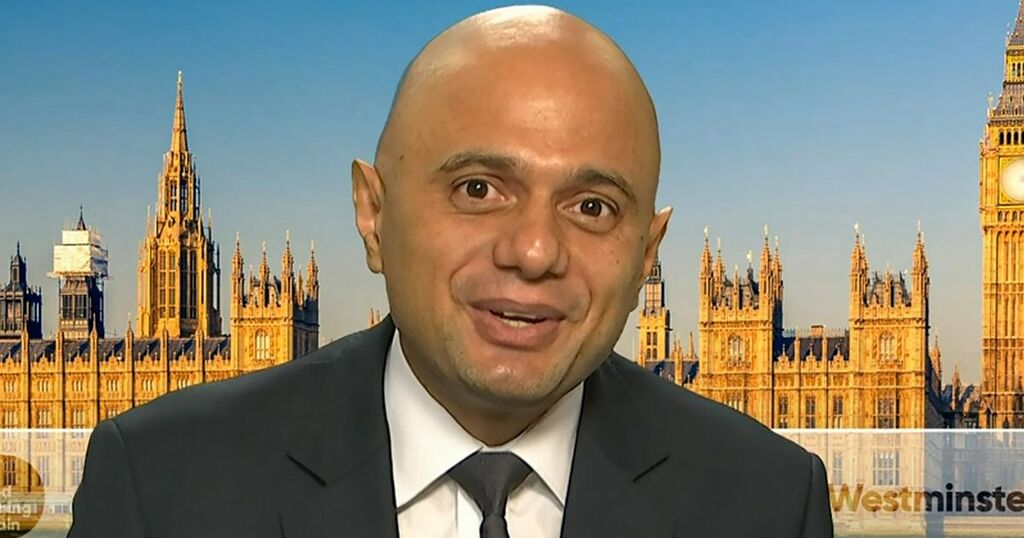 Sajid Javid has stood by his decision to revoke ISIS bride Shamima Begum 's citizenship, saying everyone would make the same decision if they knew what he knows.

The health secretary was home secretary and a Tory leadership candidate when he made the decision to strip Begum of her citizenship in 2019, after she was found in a refugee camp in Syria.

British-born Shamima left the UK at the age of 15 to join the Islamic State of Iraq and the Levant in Syria.

Her intention to return to the UK in 2019 resulted in mass public debate, and she ended up having her British citizenship revoked by the government.

The health secretary was asked by Richard Madeley if there would ever be room to reconsider the person Begum is now.

Mr Javid said: "That's not for me to say, that's a decision for the current home secretary but as I've said I think the decision was the right one and I think the British people should be protected at all times to the best of the ability of ministers."

Susanna Reid then asked Mr Javid if he was maintaining his position because he believes Begum is a "security threat" and if Britain didn't have the security to bring her back and put her on trial.

He responded: "Again, I don't want to talk about the detail of a particular individual, but I will say this, that when someone leaves the UK, full of hate for the UK and goes out somewhere like Syria to kill innocent people, that it's very hard to gather evidence.

"I think people don't understand why it would have been hard the for UK authorities to gather the evidence that might be necessary for a court.

He added that you also "have to listen to the experts" and the information that they have.

Susanna said she knew that people would understand what he's saying, but questioned how we had let hundreds of former ISIS fighters back into the UK and that it seemed Begum was being used as "an embodiment of our hatred of ISIS".

Susanna said Begum was being "treated as a special case".

Mr Javid fired back: "That's not the case at all. There are a number of people, well over 100 - and that's a people number - people who were stripped of their citizenship as a last resort to protect the UK, so she's not a special case.

"She happens to be somebody you're talking about now because you specifically had your team go out there and look for her.

"That's fine, you can do that, but you could also have found others."

Richard then went on to bring up leaked evidence that seemingly led to the decision to strip Begum of her citizenship, including that she was witnessed stitching people into suicide vests in ways that they couldn't get out of them, something she denies.

When asked if he's confident her denials are false, Mr Javid said: "I'm not going to go into details of the case but what I will say is that you certainly haven't seen what I saw."

Richard asked: "So there was worse?"

"You haven't seen what I saw," Mr Javid reiterated.

He later added: "If you did know what I knew, as I say because you are sensible, responsible people, you would have made exactly the same decision, of that I have no doubt."

Begum remains in a holding camp in Syria.

In 2019, a lawyer for Begum's family accused Javid of cancelling her citizenship in a bid to further his own ambitions of becoming prime minister.

His actions were described as "human fly-tipping".

* Good Morning Britain airs weekdays from 6am on ITV