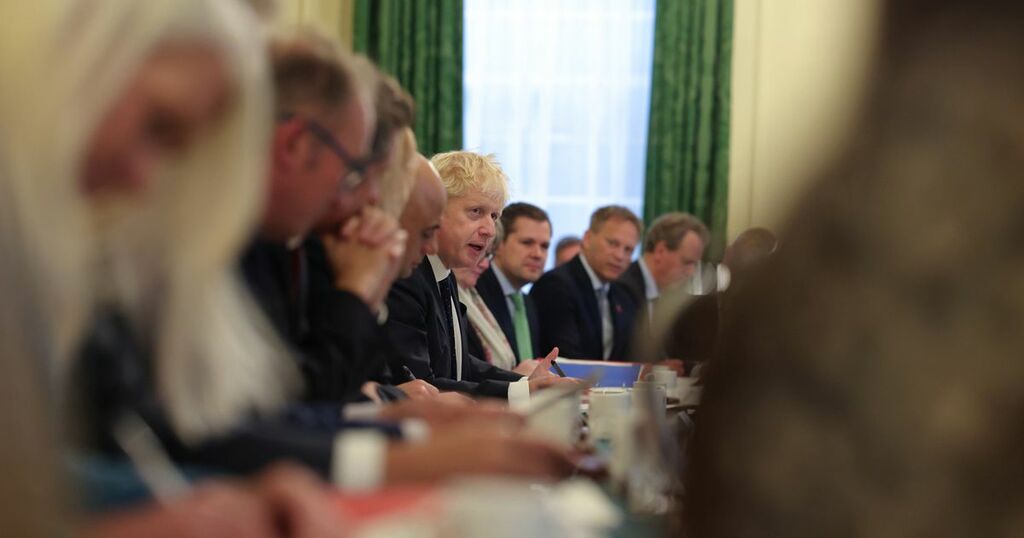 The Tory Health Secretary has been slammed for saying it's fine for Conservative MPs not to wear masks in Parliament - because "they're not strangers".

Sajid Javid was accused of not understanding his own Covid guidance after he mounted the extraordinary defence of MPs ignoring guidance in the Commons chamber.

Government guidance since July says: "You are expected and recommended to continue wearing a face covering in crowded and enclosed spaces where you come into contact with people you don’t usually meet."

Yet Tory MPs have largely ignored the guidance when sitting in the closely-packed Commons chamber. That's prompted a complaint from unions representing Parliament staff, who urged the Speaker to intervene.

And yesterday Downing Street released images of Boris Johnson's Cabinet meeting with no masks or social distancing inside No10.

Today Mr Javid defended the images, despite the fact his own Covid Winter Plan recommends face coverings in "crowded and enclosed settings".

Confronted with the photo of the Cabinet meeting he claimed: “That is perfectly consistent with what the Prime Minister said yesterday and what I said yesterday.

Asked about Tory MPs in Parliament, he replied: "They are not strangers.

"Conservative back benchers whether they’re in Parliament, in the chamber itself, in the meeting rooms and things…"

Sky News' presenter retorted "you don’t catch Covid from friends?", to which Mr Javid replied: "It’s not… You have to take measures that are appropriate for the prevalence of Covid at the time."

Asked if politicians should be setting an example, he said: “Of course people are influenced by others, but every individual should make the decision based on the advice they are given and the situation they find themselves in at at the time.”

Mr Javid later insisted "there are circumstance where people should consider wearing masks" but added: "It’s not just one particular measure, masks for example and that’s it. It’s a suite of measures."

Mr Javid was slammed by opposition politicians and Twitter users.

Shadow Health Minister Justin Madders said: "A worrying state of affairs if the Health Secretary believes Covid is only transmitted by strangers".

Trisha Greenhalgh, a Professor of Primary Care Health Sciences and supporter of Independent SAGE, said: "I wore a mask to my own mother's memorial service.

"I'd known most of the people there since I (or they) were born."