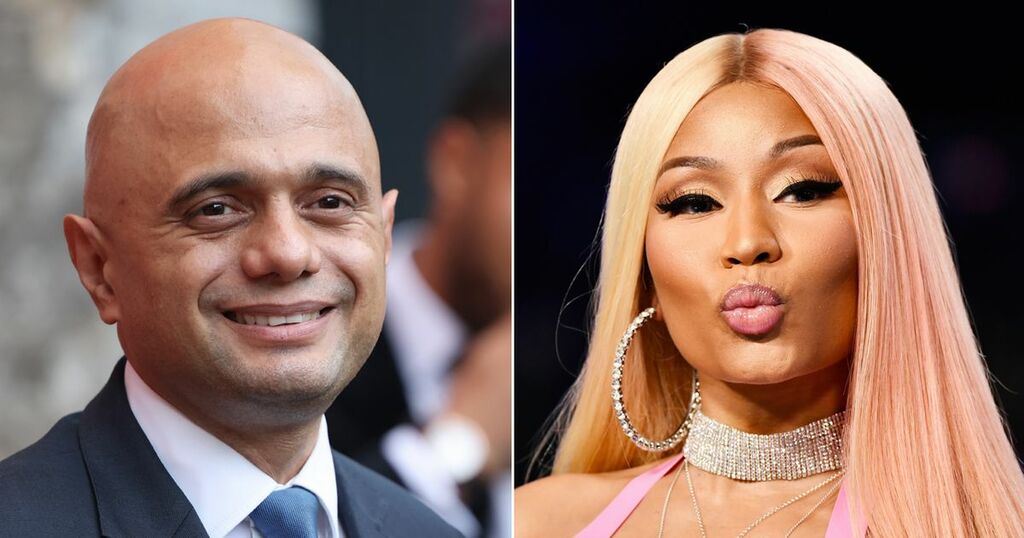 The UK Health Secretary today waded into the row between the UK government and pop star Nicki Minaj.

Sajid Javid attacked people who "spread lies" about Covid vaccines on social media after Minaj was slapped down by England's Chief Medical Officer.

Minaj, who has more than 150million Instagram and 22million Twitter followers, claimed "my cousin in Trinidad won't get the vaccine cuz his friend got it & became impotent."

But the story took a twist after Chris Whitty condemned the “myth” at a No10 press conference - when Minaj mocked Boris Johnson in a fake British accent.

She accused the PM and Prof Whitty of "dissing" her and branded BBC political editor Laura Kuenssberg a “dumbo”.

“But people who are in the public eye should be very careful with their language, and certainly shouldn’t be spreading untruths. What the Chief Medical Officer said was absolutely right.”

“I would just appeal to anyone that's in a public position, please don't do that.

“You're really hurting people because the vaccines are saving lives and and you're doing the opposite by spreading lies.

“So that kind of thing, of course, it doesn't help.”

"That happens to be one of them - that is untrue.

“My own strong suggestion, if I may, to the media present is repeating them in public actually just gives them credence which they don’t need. They’re untrue, full stop.

Prof Whitty said many people who are vaccine hesitant are exercising their right to choose, and may have wider concerns.

But he added: “There are also people who go around trying to discourage other people from taking a vaccine which could be lifesaving or prevent them from having life changing injuries to themselves.

“Many of those people I regret to say, I think know they are peddling untruths but they still do it.

"In my view, they should be ashamed.”

Unfortunately for Mr Javid, he himself was accused of peddling dodgy science about Covid today.

He was accused of not understanding his own Covid guidance after saying it's fine for Conservative MPs not to wear masks in Parliament - because "they're not strangers".

Government guidance since July says: "You are expected and recommended to continue wearing a face covering in crowded and enclosed spaces where you come into contact with people you don’t usually meet."

Yet Tory MPs have largely ignored the guidance when sitting in the closely-packed Commons chamber. And yesterday Downing Street released images of Boris Johnson's Cabinet meeting with no masks or social distancing.

Today Mr Javid defended the images, despite the fact his own Covid Winter Plan recommends face coverings in "crowded and enclosed settings".

Confronted with the photo of the Cabinet meeting he claimed: “That is perfectly consistent with what the Prime Minister said yesterday and what I said yesterday.

Asked about Tory MPs in Parliament, he replied: "They are not strangers."

Trisha Greenhalgh, a Professor of Primary Care Health Sciences and supporter of Independent SAGE, said: "I wore a mask to my own mother's memorial service.

"I'd known most of the people there since I (or they) were born."