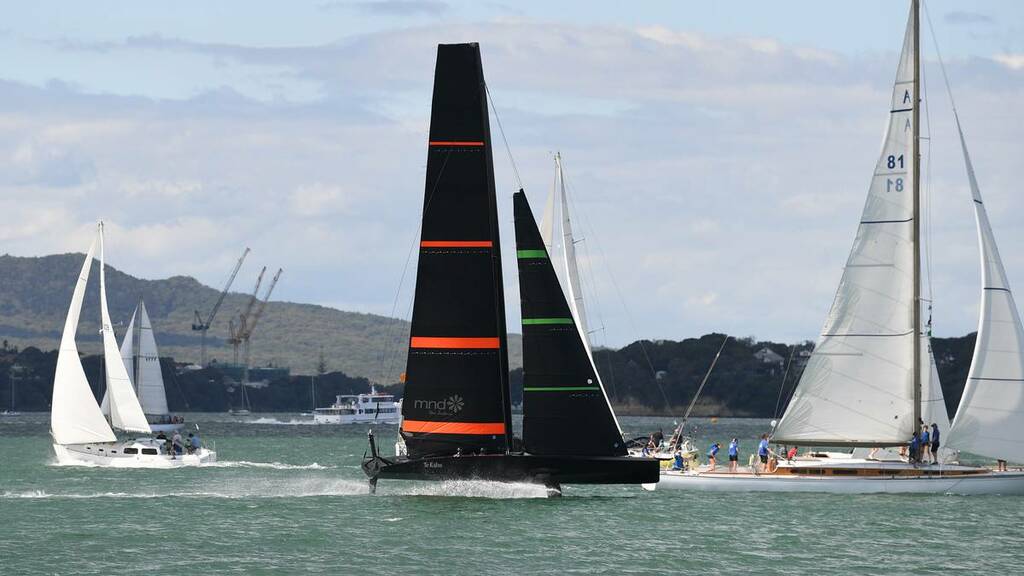 A pathway for women in the America's Cup has been confirmed using a new class of boat.

The Royal New Zealand Yacht Squadron, backing Defender Team New Zealand, along with the Royal Yacht Squadron Ltd, backing Challenger of Record INEOS Team UK, today announced new initiatives to be included as part of the protocol for the 37th America's Cup due to be published on November 17.

With the AC75 remaining as the centrepiece of the America's Cup for at least the next two editions, a new class of boat, the one-design AC40 foiling monohull, is being introduced as a new multi-purpose class which will help expand pathways into the main event.

The AC40 will be a dynamic, powerful, and super-fast scaled-down version of the AC75 that will see it reach similar speeds to its big sister at times.

The intention is for the new class to be the catalyst to accelerate participation in the America's Cup from the global talent pool of female and youth foiling sailors via separate AC37 Women's and Youth America's Cup regattas as part of the overall 37th America's Cup event schedule at the host venue.

The AC40, which will be similar to Team New Zealand's test boat Te Kahu during their successful defence of the Auld Mug this year, will also be used in initial America's Cup warmup regattas.

RNZYS Commodore Aaron Young said: "Creating pathways and increasing participation for women, youth and emerging nations is something that has been a priority since winning in 2017. In fact, universally it is seen as something that will only benefit everyone in the sport of sailing and was illustrated in the 20 entries, we received to our mixed crew Youth AC that was initially planned for 2021, prior to Covid-19.

"To now be announcing the AC40s as the exciting class that will be used by AC teams for their scale testing and development, match race training, preliminary regattas and then for the women's and youth events makes complete sense."

Team New Zealand CEO Grant Dalton explained the detail behind the class and the regattas.

"All of the competing teams must purchase at least one AC40 which will be used in the preliminary regattas, and then made available for the respective and independent women's and youth regattas to be held at the venue of the AC37 Match," Dalton said.

"The yacht clubs of competing AC teams must enter both the women's and youth events, however entries will also be open to other countries and yacht clubs.

"We would certainly anticipate an entry from the host country if, in fact, they do not have an America's Cup team.

"Furthermore, once the teams AC40s are delivered by the end of 2022 and early 2023 our hope is that private owners will purchase their own AC40s as we start to build an exciting and accessible class for the future."

"We look forward to creating a pathway in Britain that will support both programmes on and off the water, giving our athletes opportunities for success in competition, whilst also helping to bridge the gap into professional sailing."

Over recent months The Defender and Challenger of Record have been working to agree the Protocol for the next America's Cup which is due to be published on November 17.

The detailed document takes mutual agreement between both parties in creating the rules and parameters of the next event that all teams must accept as a condition of their entry into AC37.

Both parties can confirm the next event will be a multi-challenger event and not be a one on one event that has been speculated.