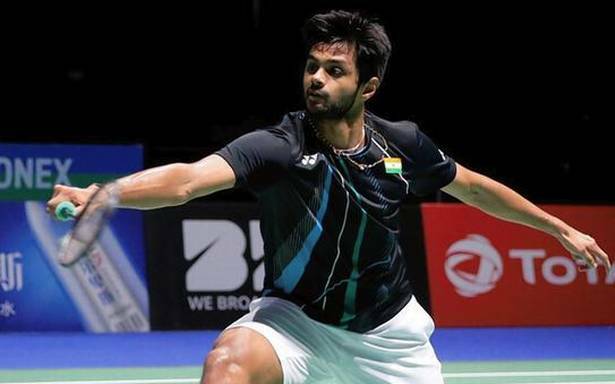 With a day to go for the BWF season-opener $400,000 India Open badminton tournament here, the fresh wave of COVID-19 cases has not spared some of the players.

B. Sai Praneeth, bronze medallist in the 2019 World Championship, became the first to withdraw from the country’s flagship event after testing positive.

Besides Praneeth, doubles player Dhruv Rawat, too, tested positive and pulled out of the tournament.

In January last year, Praneeth had tested positive for COVID in Bangkok and was forced to withdraw from the Toyota Thailand Open. The BWF guidelines make it mandatory for players to share their negative test report before reporting for the event.

Doubles specialists Chirag Shetty and Manu Attri are among the five players hoping for a negative RT-PCR report of Monday’s test to join the field when action begins at the K.D. Jadhav hall here on Tuesday. BAI sources confirmed that another failed test will keep them out of the competition.

Praneeth, Chirag and Manu as well as two doubles players — Treesa Jolly and B. Navaneeth — tested in Hyderabad and returned positive. Praneeth was seeded second in singles. In doubles, Chirag with partner Satwiksairaj Rankireddy and Manu in the company of Sumeeth Reddy are seeded two and five, respectively.

With the England contingent pulling out two days ago in response to the Covid scare, the tournament with an already overwhelming ‘Indian’ flavour lost some more sheen.

On the brighter side, World champion Loh Kean Yew (Singapore), Tommy Sugiarto and his Indonesian compatriots three-time world champions in men’s doubles Mohammad Ahsan and Hendra Setiawan were among those who trained at the venue on Sunday.

Daily RT-PCR tests are scheduled at the hotel, with the daily Rapid Antigen tests slated at the venue. Though spectators and media persons are not permitted to enter the stadium, these daily tests could throw up positive results and force the BWF and the BAI to abandon the event.

As a result, the success of this event holds the key for the $150,000Syed Modi India International in Lucknow from January 18-23.