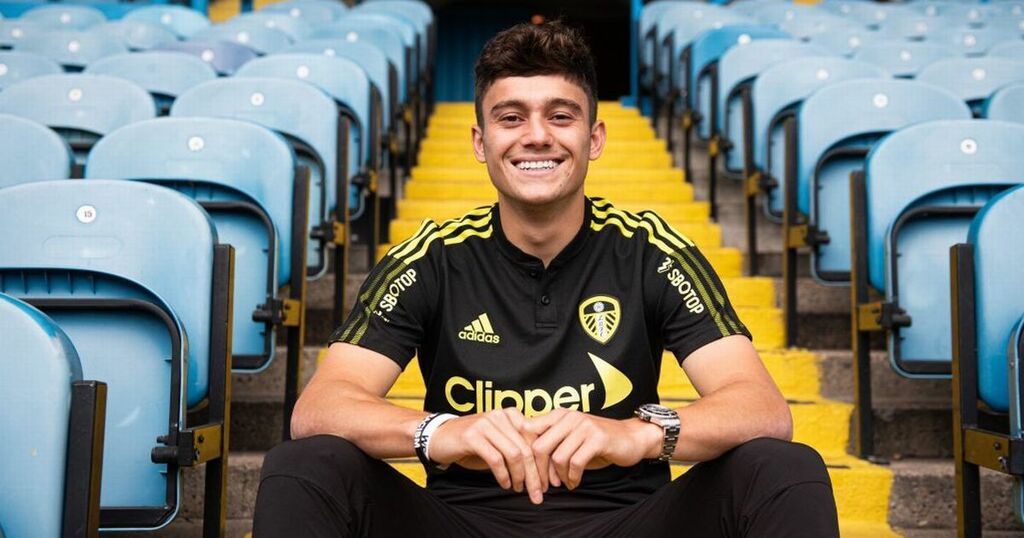 Leeds United's newest face is not so new at all.

Daniel James was within a whisker of completing a deadline day switch to Elland Road back in 2019, if not for the boardroom politics of then-club Swansea City.

Patiently, Marcelo Bielsa has waited for the Welsh international to become available once more - albeit this time at a vastly inflated price.

James initially put pen to paper on a loan deal with an obligation-to-buy, if Leeds were to be promoted in 2019, which would have set the club back £9 million.

Having just sealed a transfer believed to be in the region of £25 million, rising to £30 million with potential add-ons, James may be the same player but a more expensive proposition altogether.

But, none of that will matter to Marcelo Bielsa - a man of principle and process, not profit.

James conveys a diligence and conscientiousness in his most recent interview, whilst on international duty with Wales, ahead of joining up with his new teammates.

Speaking in The Telegraph, James outlined his plan for settling in at Leeds:

"I’ve spoken to Tyler [Roberts on international duty] to get a bit of insight and I’m trying to do as much research while I’m away to get an insight into how players in my positions play and what actions they make. I think you always want a little bit of insight before you go in about how things work but everyone knows from the outside that it’s hard work.

“But you’ve seen with the players he’s [Bielsa] had over the years how much he’s improved them and that’s the thing I’m looking forward to most - seeing how he sees football. He obviously thinks I can fit in that system.

“Don’t get me wrong, I don’t think I’m going to walk into that team. Hopefully I can adapt quickly to the system but I think it’s going to take me a little while. It’s very tactical but he’s got a way of playing that I feel suits me.”

Evidently, Marcelo Bielsa has been an enormous factor in James' call to leave Old Trafford for good - a decision most footballers would not take lightly owing to the obvious financial incentives that remaining would bring.

James also recalls the moment he was substituted at Elland Road, whilst playing for Swansea, a matter of weeks after his West Yorkshire move collapsed.

"A couple of weeks later I played there with Swansea and had goosebumps that day because I’ve never experienced in a game someone chanting an opposition player’s name.

“It was a moment where you’re almost floating above your body and thinking ‘Is this actually happening?’. I remember coming off and getting a bigger applause than when Patrick Bamford came off soon after."

The Whites' scouting and recruitment department don't just analyse a player's abilities on the pitch, but their demeanour, character and work-rate off it as well.

If they didn't, it would be a listless endeavour trying to integrate a player within a Bielsa side who simply does not operate with the desire or single-mindedness shared by Bielsa, and now his trusted squad.

James' words suggest he is not the type who would struggle to assimilate to the Argentine's demands.

His standout physical attributes mean it is tempting to suggest he is tailor-made, but after two years under Ole Gunnar Solskjaer with an ever-changing and evolving brief, the 23-year-old is under no illusions that his first task is getting back to the player which was so alluring to Bielsa in the first place.

“I got bought for my direct play, running in behind, running with the ball, trying things and not being afraid to lose the ball but slowly I started to come away from that and play a little safe," James said.

'Safe is dangerous' James says, implying that in his mind's eye, wingers should be daring, direct and threatening whenever they are on the ball.

Playing safe is counter-productive, dangerous to a winger's own career, rather than to their opponent.

James' words are candid and open; he believes joining Leeds United can help reawaken the player he burst onto the scene as.

It is a clear manifesto the Welshman is setting out, verbalising what he wants Leeds fans to expect of him, before even stepping foot onto the premises at Thorp Arch.

That's the type of character Bielsa adores to work with.